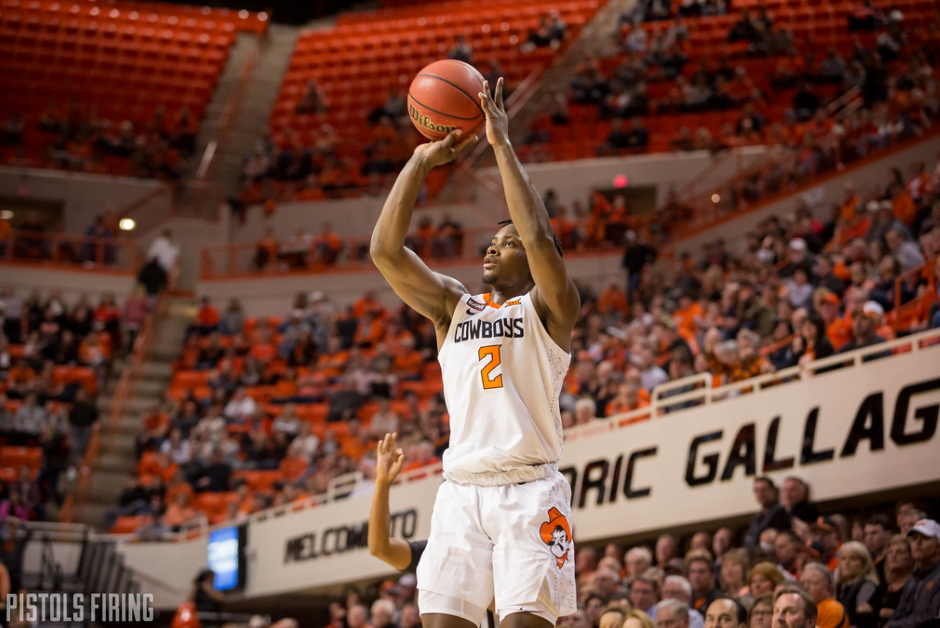 Harris and Oklahoma State will play against the Aggies on Saturday as part of the Big 12/SEC Challenge. Harris initially signed with A&M on Nov. 14, 2018 after myriad visits to College Station and a commitment back in March of 2018.

But A&M fired coach Billy Kennedy last March, and that allowed Harris to reopen his recruitment.

“We didn’t think we were going to be able to get him,” OSU coach Mike Boynton said. “When we were recruiting in the fall of last year, we didn’t sign him. We still had a fairly large class. We had four guys signed, I believe, in the fall. He had committed to A&M. I just kinda still watched him. Obviously the coaching change (at A&M) happened in the spring. We had some changes in our roster. The opportunity just kind of matched. I’m glad that he’s here.”

OSU and A&M started recruiting Harris when he was a freshman in high school. Harris said OSU actually offered him before A&M back when Brad Underwood was the coach.

Harris has played about 16 minutes a game in his freshman season with the Cowboys, where he averages 3.6 points and 1.1 rebounds a game. His shooting hasn’t always been there in his rookie year, but Boynton has always been high on Harris’ basketball IQ.

Harris said Isaac Likekele told him that the A&M crowd was going to boo him when he takes the floor Saturday. Harris also said with all the time he has spent getting to know A&M’s players over the past few years, he is comfortable with them.

“I know the whole starting five,” Harris said. “I’m pretty familiar with how they play, what they want to do, what they’re capable of and everything.”

Harris also has a friendly rivalry within the Big 12/SEC Challenge outside of A&M. Harris’ childhood friend and high school teammate Tyrese Maxey and Kentucky play at Texas Tech this weekend. Harris and Maxey have bragging rights on the line.