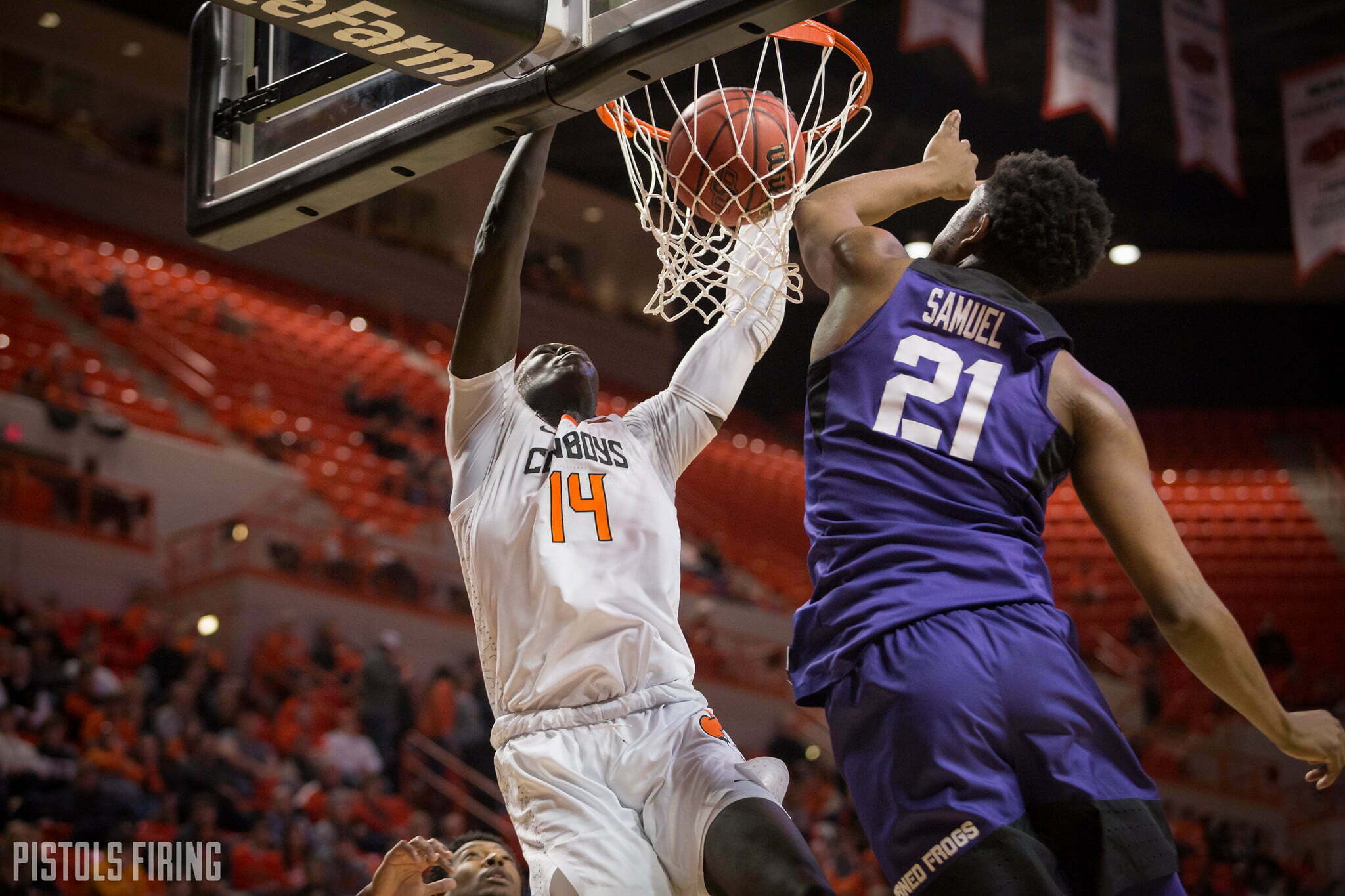 STILLWATER — Yor Anei has been a puzzling study in his sophomore season.

At times, he has look like one of the best big men in the Big 12. In the first half against West Virginia on Saturday, Anei dominated against highly touted bigs Oscar Tshiebwe and Derek Culver to the tune of eight points on 4-for-5 shooting to go with two boards and a block.

But at other times, Anei has disappeared. In the second half of the same game, Yor had no points, no rebounds and three fouls.

“It’s interesting, I had a conversation with Yor at the very end of last season, and my message to him was I think he has a chance to be the best big in the league,” OSU coach Mike Boynton said. “He’s not there yet, but I want him to think about himself and work that way. It’s just been an inconsistent deal for him, which is not unusual for a sophomore because more people know you and try to take away your strengths.

“Now you gotta make an adjustment. He hasn’t done that yet. But he’s still shown signs that he can certainly be a big-time factor inside for us. And to do it against the two most physical guys (Tshiebwe and Culver) probably outside of (Udoka Azubuike) was really, really important for his confidence to stay up and give his teammates confidence that we can still play through him.”

The Cowboys’ recent philosophy shift to getting the ball inside has worked to an extent. It traces back to the first Bedlam game this year on Feb. 1. Anei had 13 field-goal attempts in Norman, but he was only able to convert on three of those.

It was a frustrating game overall for the Cowboys, with Brady Manek torching them early, a handful of reviews all going the Sooners’ way and Lindy Waters getting elbowed in the face and fracturing a bone.

On one of the reviews, Anei got the ball down low, made a basket and a foul was called. It looked as if OSU had some momentum before they reviewed the play, took away Anei’s basket and called a flagrant foul on Anei.

“I think we were down maybe six when Yor catches the ball underneath the basket and turns and shoots a layup and they call a blocking foul,” Boynton said. “He made the shot. Then they review it and say it was a flagrant foul on him, so no shots for him, no baskets for us, their ball, they make both free throws and make a 3. So it’s like a 13-point game again.

“That’s kind of been how things have gone. These small things have just become enormous swings. We’ve gotta do a better job of controlling what we can. It’s not necessarily that play. If we don’t let Manek shoot five 3s to start the game, maybe we’re not down early that way and have to fight back.”

Cameron McGriff came to Oklahoma State from the DFW area, but he’s picked up a thing or two on this oddly shaped state over the past few years.

He knows Bedlam is a big game, but he knows more than that.

“I get to go home maybe four, five weeks out of the year in the past four years,” McGriff said. “I know the town pretty well. I kind of know the state. I know how to say Miami (my-am-uh). I guess you could say that I got my citizenship.”