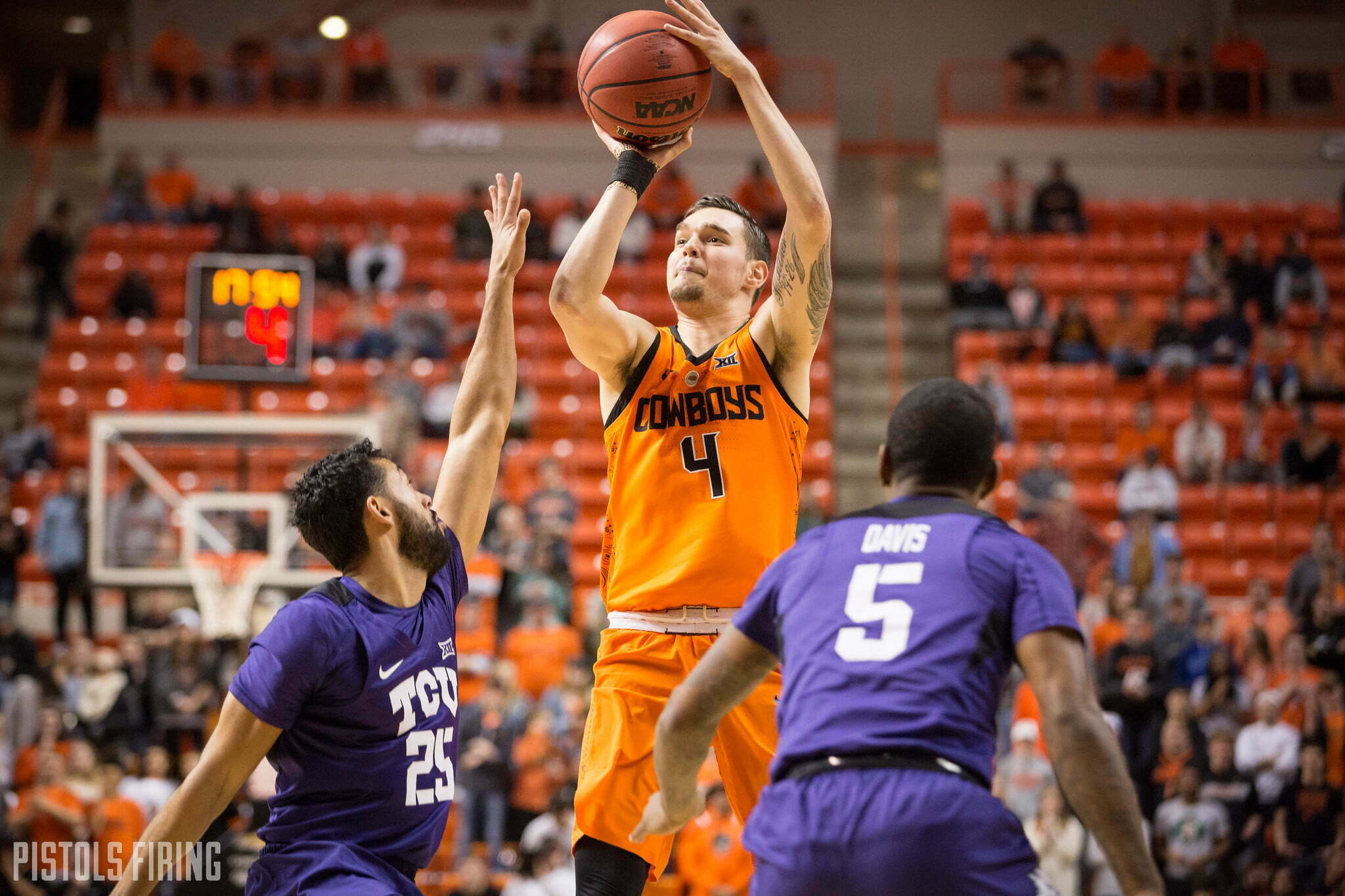 STILLWATER — Oklahoma State and TCU were projected as bottom-half Big 12 teams in the preseason, but their respective conference seasons have started quite differently.

The Cowboys and Horned Frogs are set to meet at 1 p.m. Saturday in Fort Worth. OSU enters the matchup 0-2 in Big 12 play with the losses coming against two of the conference’s elite. TCU are 2-0 and beat two of the four Big 12 teams still winless in conference play.

Desmond Bane, TCU’s best player, has been solid for the Frogs all season, but especially lately. Bane put up 16 points in both of TCU’s Big 12 games this season, and he did so on 48-percent shooting.

Thomas Dziagwa missed OSU’s 55-41 loss to West Virginia on Monday, and a result of that was the Cowboys’ shooting 1-for-20 from 3-point range.

Dziagwa, who had the flu, was a little under the weather in Lubbock before not being able to play Monday. However, Dziagwa practiced Wednesday and Thursday, and all signs point to him being able to go against the Horned Frogs.

Dziagwa has his critics, but it’s unquestioned the Pokes could’ve used a career 40-percent 3-point shooter against West Virginia.

“Everybody’s value is different,” OSU coach Mike Boynton said. “Yor (Anei’s) value is first and foremost as a defensive player. He needs to develop his other skills, but that’s what he need his presence for. I don’t need Dizzy trying to block shots. He’s not athletic. He’s not long. He doesn’t move great. But, when he’s open, over his career he’s shown to be a pretty deadly 3-point shooter.

Despite going to high school about a 30-minute drive from TCU’s campus, Isaac Likekele said TCU didn’t even give him a look.

Likekele led Timberview to a state championship in 2017 and was a first-team all-stater as a senior.

Instead, the Horned Frogs took point guard Kendric Davis in their 2018 class out of Houston. Davis has since transferred to SMU. In fact, no one from TCU’s 2018 signing class is still with the program.

“I mean, it is what it is,” Likekele said. “I didn’t really get involved in all that stuff too much. Me, I’m kind of a simple guy, and I just focus on the task at hand. For them not to recruit me, I didn’t really feel no type of way, but it feels good to just be able to go back home to play in front of those people.”