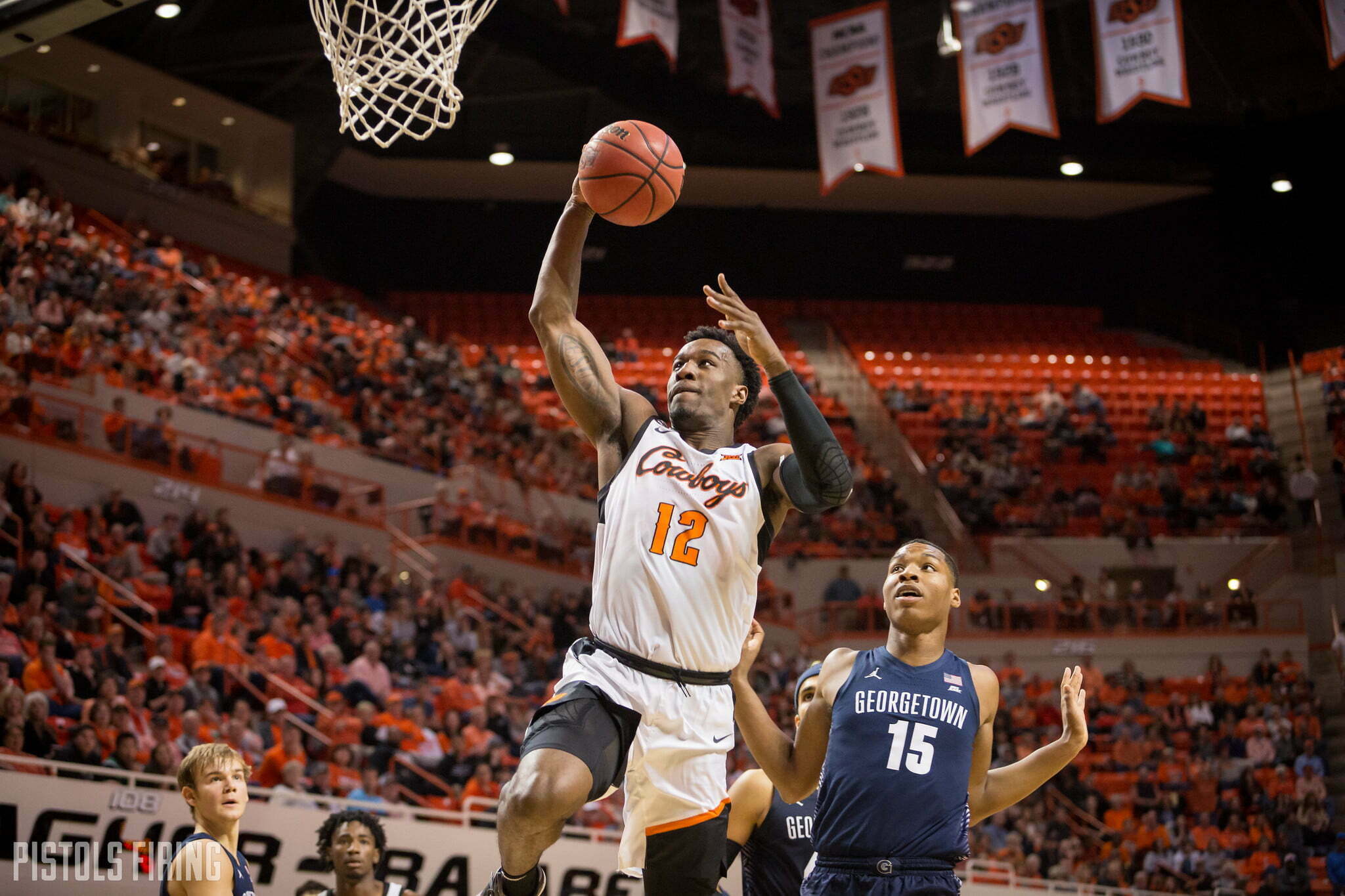 The Big 12 is unapologetically brutal.

Two days after getting drilled in Lubbock, Oklahoma State is set to host another ranked team when West Virginia visits Gallagher-Iba Arena on Monday.

Both teams started Big 12 play 0-1 on Saturday, as the Mountaineers went to Allen Fieldhouse against No. 3 Kansas and fell 60-53. West Virginia led for 24 minutes.

Under Mike Boynton, the Cowboys have been good after getting thumped, as they did in their 85-50 loss to Texas Tech. As OSU Basketball SID Stephen Howard pointed out on Twitter, the Pokes are 12-5 in games after they lost by 12 or more points under Boynton.

Bank on a bounce-back game from @osumbb. Under @thacoachmike the Cowboys are 12-5 following a loss of 12+ points, including the following wins …

With that said, a ticked off West Virginia team isn’t the ideal opponent to play after a 35-point shellacking. The Mountaineers are 11-2 this season and rank fifth in adjusted defensive efficiency, according to KenPom.

Bob Huggins’ Press Virginia teams have always been stout defensively, but this group seems especially deadly. The Mountaineers’ starting lineup includes one player shorter than 6-foot-7 and two of the best post players in the conference, Derek Culver and Oscar Tshiebwe.

Tshiebwe is a 6-9, 258-pound freshman, who was the No. 31 player in the 2019 recruiting class. He is averaging 12.9 points and 9.4 rebounds a game in his first season of college basketball. And despite all that size, he lines up at power forward.

Culver, a 6-10, 255-pound sophomore, averages 10.5 points and 9.6 rebounds a game this season. In his two games against Oklahoma State last season, Culver had 31 points and 36 rebounds.

Together, Tshiebwe and Culver have two inches and 58 pounds on Cameron McGriff and Yor Anei.

The Cowboys will have to compete relentlessly on the glass to counter the Mountaineers’ pair of bigs, as West Virginia ranks ninth nationally with 42.2 rebounds per game. OSU is tied for 117th in the country with 37.7 rebounds a game.