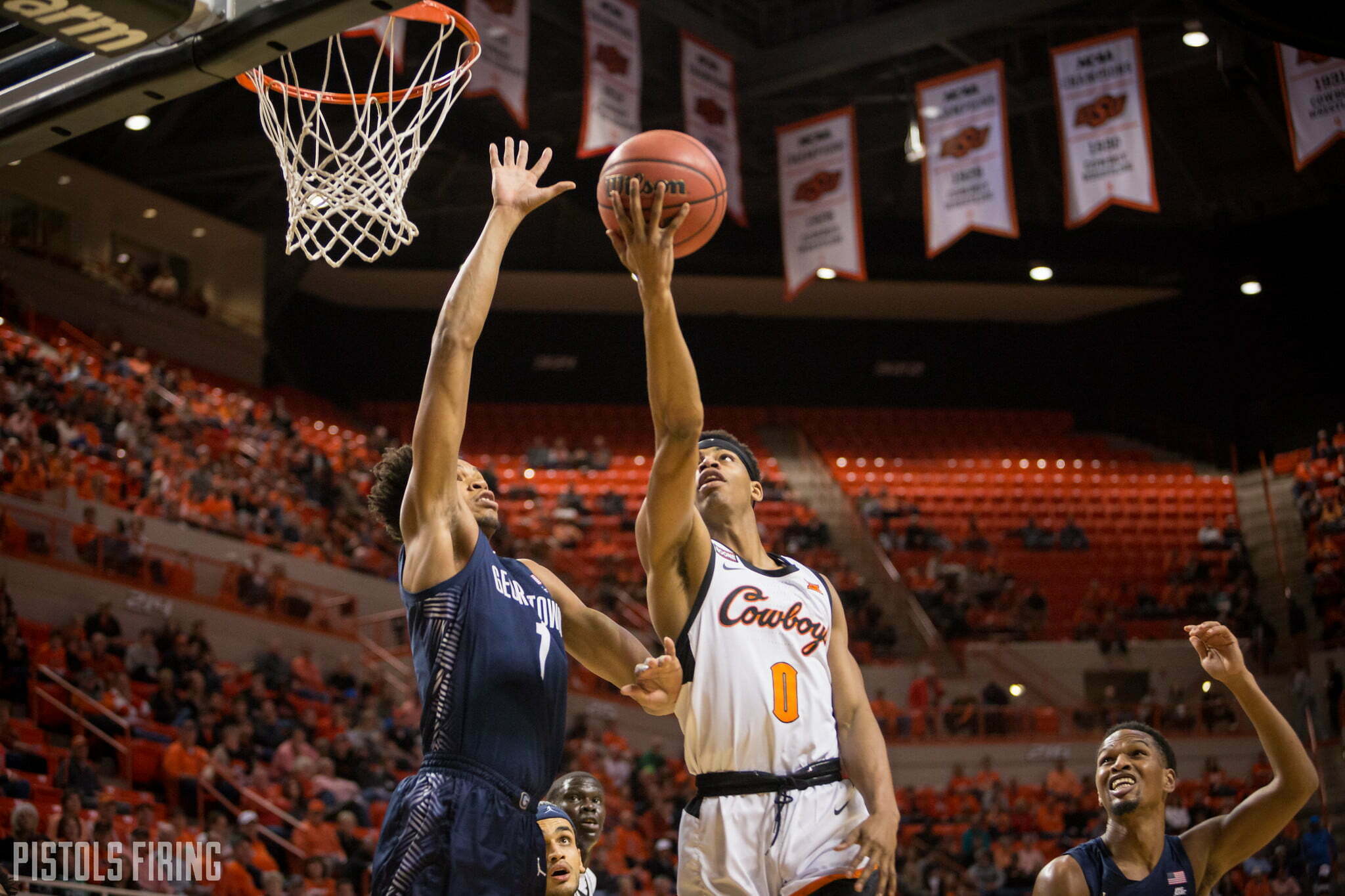 STILLWATER — The Cowboys got together before practice Monday for what they called target shooting practice to try to bust out of this woeful shooting slump that’s marked their start to Big 12 play.

Oklahoma State is 0-3 in league play heading into Wednesday night’s game against Texas in Gallagher-Iba Arena. The Cowboys are just 45-for-153 (29 percent) in Big 12 play. That percentage and their 43.7 points per game are the lowest in the conference with each team playing three league games.

“Basketball is so much about confidence and positive energy,” OSU coach Mike Boynton said. “You can get some of the other stuff in there, and it really makes things hard because the truth is I really feel like our defense is as good as it’s been since I’ve been here. That includes the year that I was an assistant coach. We had the No. 1 offensive efficiency team in the country. I think this is the best defensive team that we’ve had.

“But you can’t score 40 and win. That’s just the bottom line. We’ve gotta find a way to get these guys believing in themselves a little bit more, and hopefully Wednesday will be the start to that.”

The Cowboys do rank 21st nationally in adjusted defensive efficiency, according to KenPom. That’s great, but so is the Big 12. West Virginia (1), Kansas (3), Baylor (5) and Texas Tech (11) all rank above the Pokes in the stat.

OSU had three starters who didn’t score against TCU on Saturday in Lindy Waters, Thomas Dziagwa and Jonathan Laurent. That trio went a combined 0-for-14.

“I was thinking I was gonna make my next 10,” Waters said. “That’s how shooters are built. Being around people like Thomas and Phil Forte, shooters like that, they always believe no matter how many they miss in a row, they’re gonna make the same amount in a row.

In terms of adjustments, the Cowboys are shooting more in practice, starting with their session before Monday’s actual practice. Boynton also said he wants to speed up the Cowboys in the half-court.

“I think we’ve played too slowly here recently,” Boynton said. “Part of it is, when you start 0-for-10 from 3, it makes you second guess. We passed up some shots. I charted the 19 3s that we took on Saturday, and 12 of them were shots that if we don’t take, we can’t have success. We can’t think about whether we missed them. We just have to continue to believe that if we do what these guys are doing, working on their games, investing in themselves personally, that we won’t shoot poorly forever.”