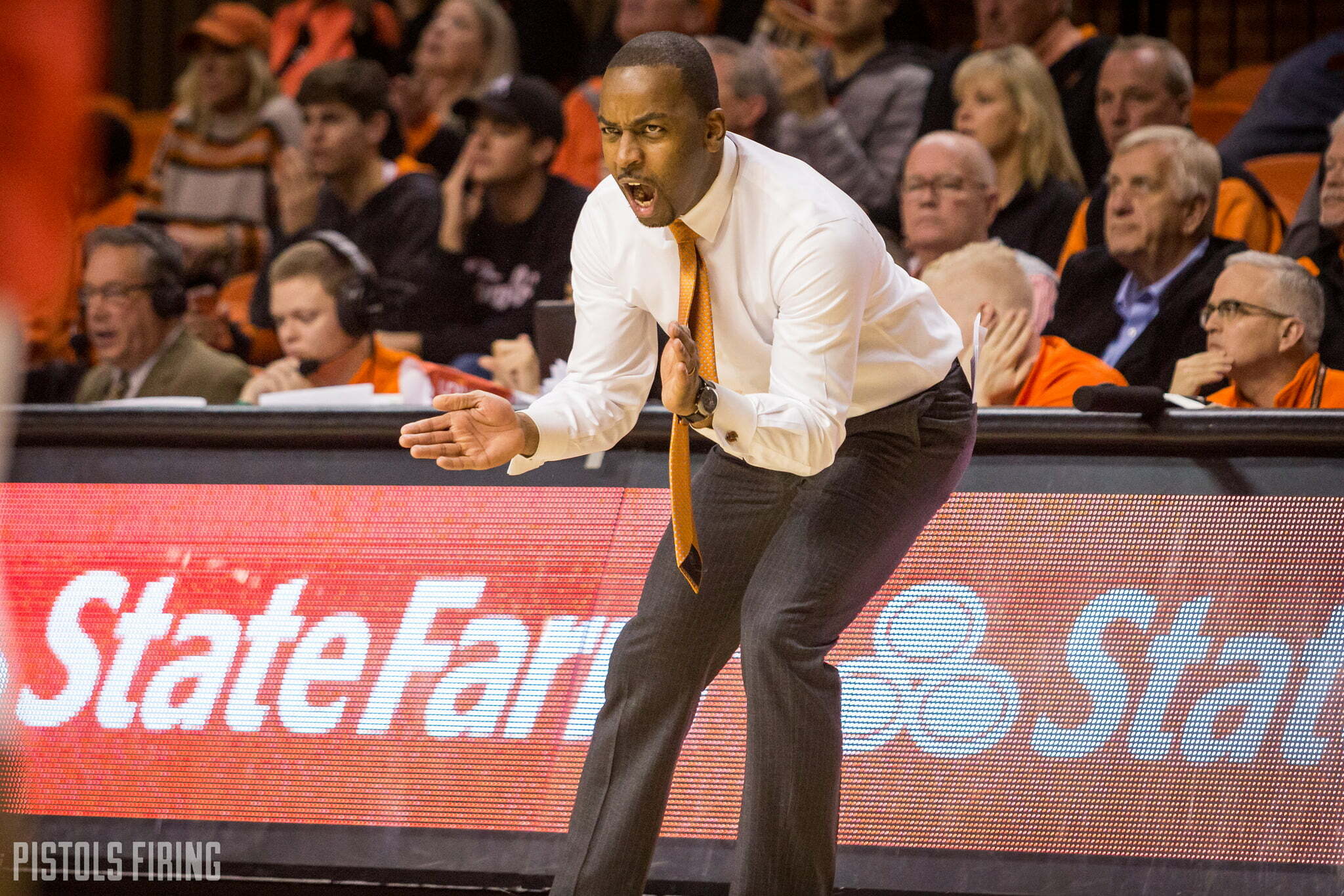 STILLWATER — For the first time this season, the Cowboys will get to stay in Stillwater for an extended time period.

Oklahoma State will start an unusual three-game home stand Friday against Central Arkansas. The rigors of the Pokes’ nonconference schedule have finally slowed with upcoming games against Central Arkansas and Texas A&M Corpus-Christi, which ranked 274 and 309, respectively, in KenPom’s adjusted efficiency margin. Here are some things to follow in OSU’s upcoming game against UCA.

Weathers Doing Too Much

While Cam McGriff and Lindy Waters are being asked to do more as juniors, Boynton said Michael Weathers is trying to do too much.

On the season, Weathers has 16 assists to his 33 turnovers. Against Nebraska on Sunday, Weathers had 13 points, a rebound, two assists, a block and a steal, but he also turned the ball over five times.

Boynton said Weathers’ mistakes on the offensive end are also making him less effective on defense because he is getting down on himself. To help, Boynton said he has taken him off the ball a little more and have other ball handlers make plays for him. Boynton said the idea is to have Weathers be able to play more freely and have to worry less about decision-making.

“I think he’s trying to make up for all the time he missed, and you can’t do that,” Boynton said. “We’re not gonna get any of those games back.”

Despite being young and struggling, the Cowboys still have faith.

Without going through and checking OSU’s six freshmen’s high school records, it’s probably safe to assume players good enough to play at a high-major Division-I basketball program aren’t accustomed to losing. But, even with the early season struggles, it seems the freshmen’s morale hasn’t gone by the wayside.

“They’re handling it well,” McGriff said. “I mean, all these guys have a positive spirits. Yor (Anei) always has a smile on his face no matter what’s going on. He’s still smiling. Right now, he’s still smiling. That’s just the type of energy we need and same with Isaac.”

After a rigorous nonconference schedule in terms of opponents and travel the Cowboys don’t have to leave Stillwater until their game against Oklahoma on Jan. 5. The group is also out of the classroom until the spring semester starts Jan. 14.

“This team needs to keep getting better,” Boynton said. “The thing I’m encouraged about, the last 48 hours or so, I haven’t seen anybody walking around feeling sorry for themselves. That’s the thing you get concerned about when you’re struggling a little bit with a young team that they’re looking for someone to tell them everything is gonna be OK.

“Well, now we’ve got to make things better by playing better. We get an opportunity now to really practice, not traveling for a while, and really get into a little bit of a rhythm on the improvement side.”