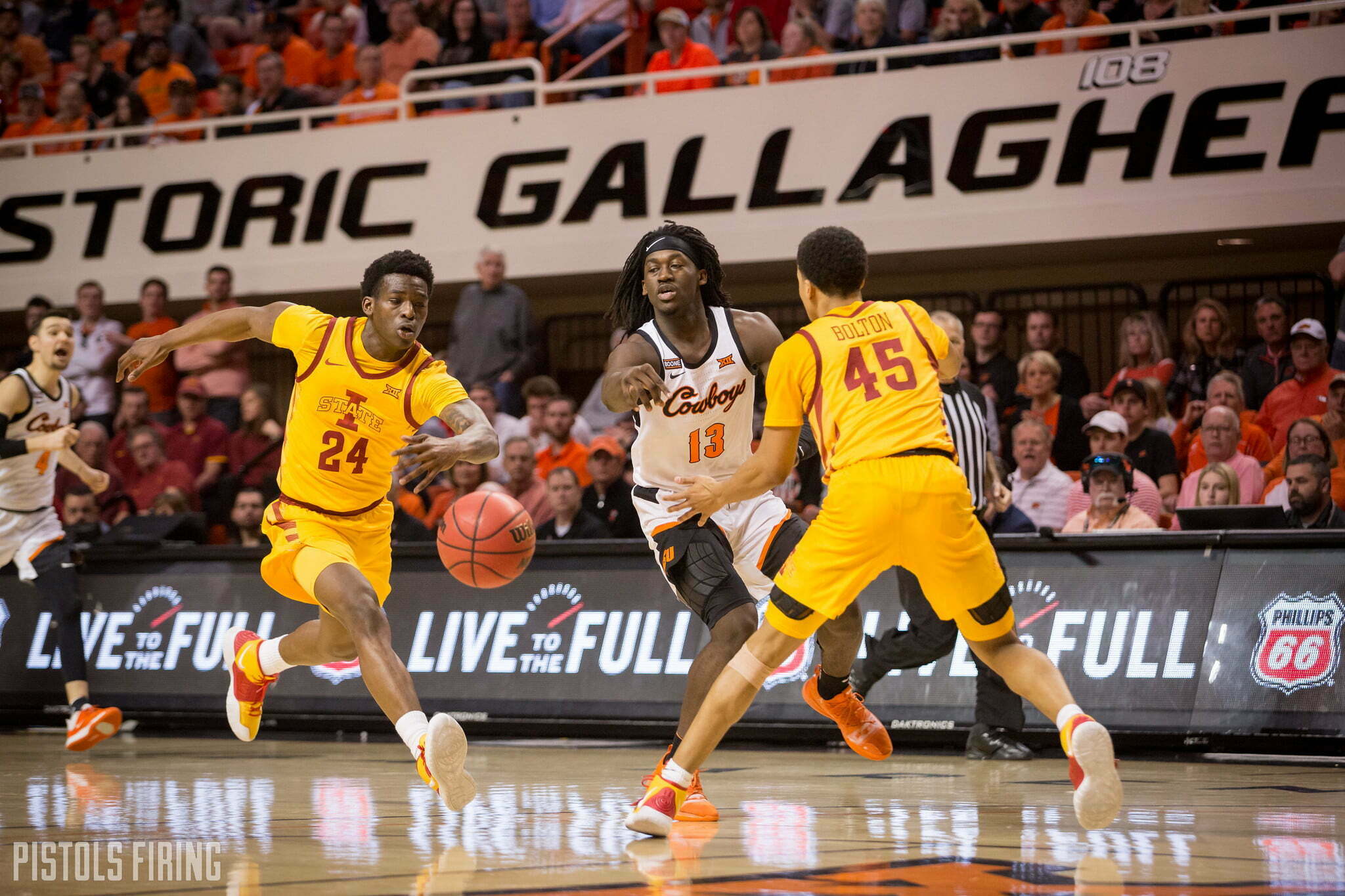 STILLWATER — The Cowboys are heating up heading into March, but they’ll find out if their superb run of form happened too late this week.

Oklahoma State plays Iowa State in the first round of the Big 12 Tournament on Wednesday night in Kansas City with the NCAA Tournament still a possibility for the Pokes, albeit a bleak one.

A few weeks ago the outside chatter around OSU was that the Cowboys could snag an NIT bid after their 0-8 start in Big 12 play. However, OSU has surpassed the expectations that the first round of league games set, and the Cowboys enter the conference tournament as one of the Big 12’s hottest teams. Here is how each Big 12 squad has come out of their past five outings:

“It’s kind of part of the plan going in,” OSU coach Mike Boynton said. “I think throughout the course of the year you can be many things. We obviously showed early that we’re capable of having success. Then we had some moments in the middle of the year where we weren’t as good. Credit to these kids for not giving in to the outside noise and continuing to believe the messaging that was delivered inside the building. All the credit goes to them for finding a way to find success again here late. I feel good going into the conference tournament that we’re a team that can continue to win.”

OSU could get put back into the NCAA Tournament conversation with a win against Iowa State on Wednesday then another against No. 1 Kansas on Thursday, but the Pokes would still likely get left out if that’s as far as they went. Things would get interesting if OSU won three games this week, with a potential semifinal matchup being against Texas Tech or Texas. OSU has beaten both of those teams in the past month.

But none of this matters if the Cowboys don’t take care of the Cyclones on Wednesday.

Iowa State beat OSU on Jan. 21 in Ames, but the Cowboys adjusted (and Iowa State lost lottery pick Tyrese Haliburton to injury). OSU beat the Cyclones two weeks ago in Stillwater off a 19-point performance from Cameron McGriff.

The Cyclones have more injury troubles than Haliburton, too. Rasir Bolton, who averages 14.7 points per game, missed Iowa State’s most recent game with a concussion. And senior guard Prentiss Nixon is dealing with an ankle injury. ISU coach Steve Prohm said both are questionable for Wednesday.

“There’s always some tactical things you gotta be mindful of,” Boynton said. “They beat us up there. We made some adjustments here. They got a really good coach who’s been to a Sweet 16 or two already. I’m sure he’ll make some adjustments, and we’ll have to be ready to counter that somehow.”

Historically, the Iowa State faithful have traveled well to the event, as does Kansas’ crowd meaning the Pokes will be a pseudo away team in those games.

OSU has almost assuredly locked up an NIT spot, but staying hot in the league tournament could give the Pokes a puncher’s chance at the tournament they had their eyes on before the season started.

“We met with our team before Senior Day and just talked about finishing strong, whatever that looks like,” Boynton said. “For our young guys to understand that one day they’ll be seniors, and I want them to play in a way that, they don’t understand this, right, that they would want people to play for them three years from now.” 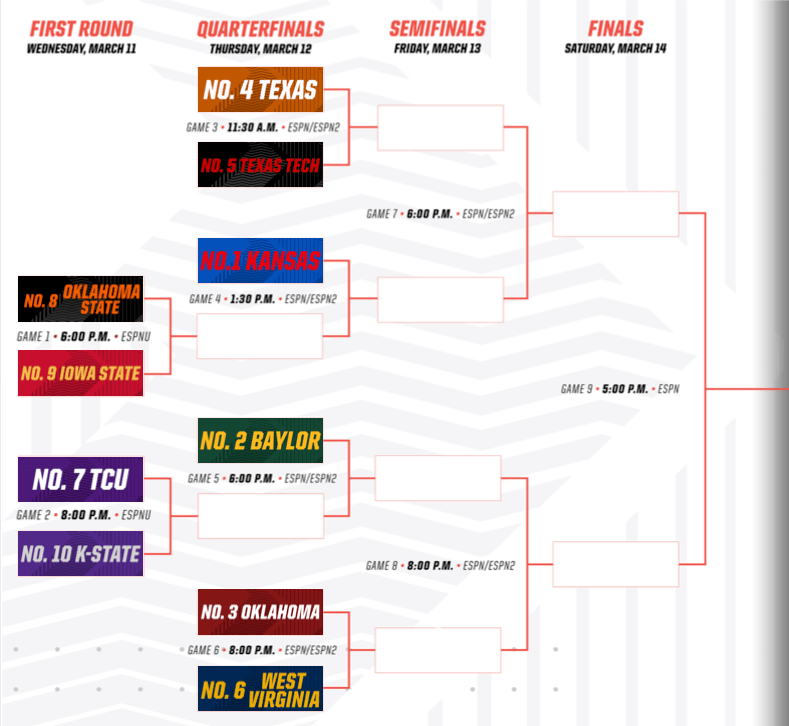