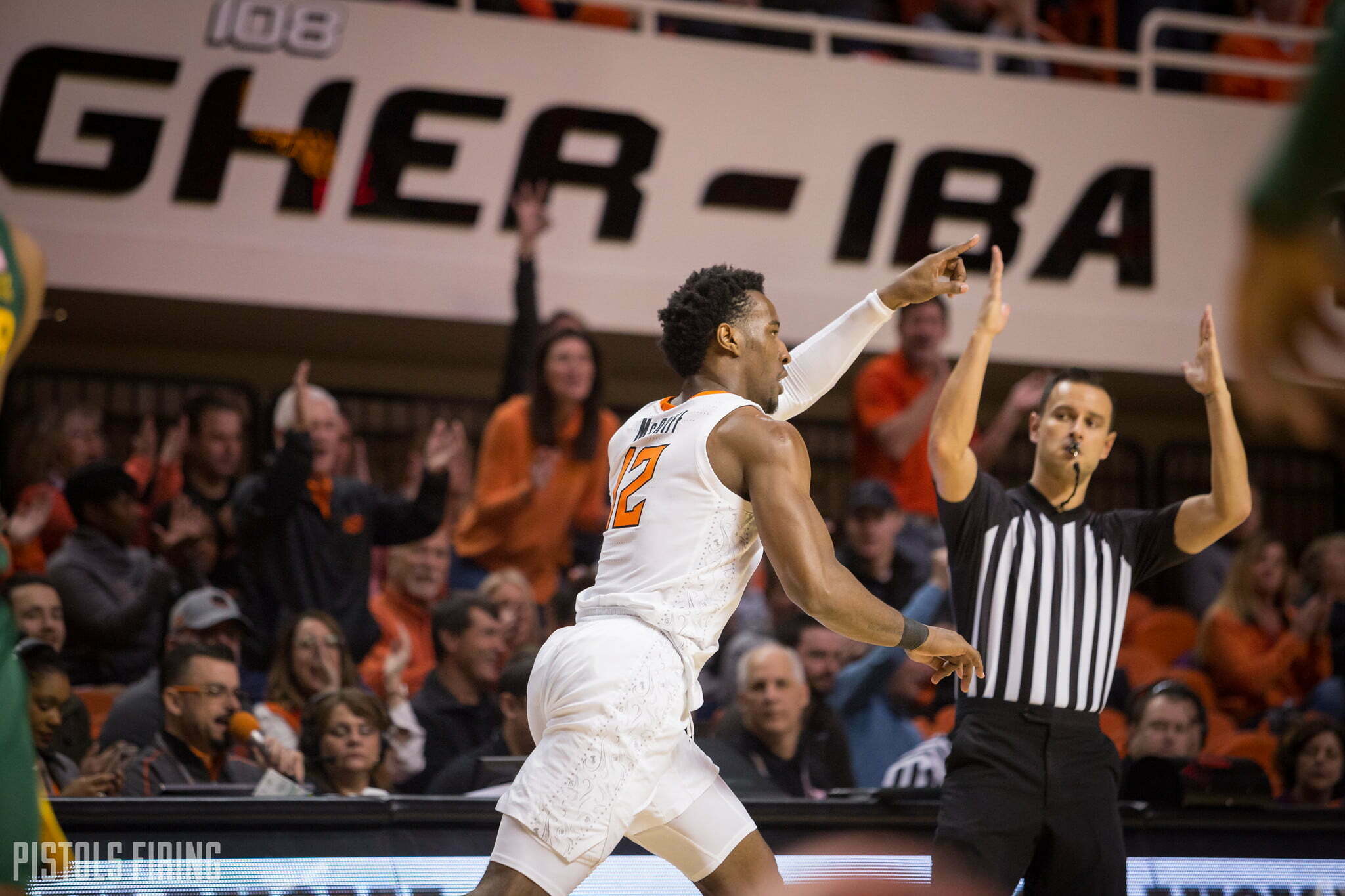 STILLWATER — Feb. 11 feels awful late in the season for two Big 12 teams to have not played each other yet.

Oklahoma State and Kansas State sit at the bottom of the Big 12, but haven’t yet tested against each other until now. With a combined conference record of 3-17, the Pokes and the Wildcats will look to take the first step from getting out of the conference’s basement Tuesday night in Manhattan.

K-State has fared much better at home in this conference season than out of it. Despite being 2-8 in league play, the Wildcats are 2-3 in Big 12 games at home. That includes an 84-68 win against then-No. 12 West Virginia.

It’ll be a matchup of length. K-State, like OSU, doesn’t start a guy shorter than 6-foot-4. Offensively the Wildcats will lean on Cartier Diarra and Xavier Sneed, who OSU coach Mike Boynton called an “all-conference-type player.”

Sneed has eclipsed the 20-point mark four times this season, including a season-high 23 against Baylor last week.

Sneed and Diarra are essentially K-State’s offense. The two combine to average 27.7 points per game. Senior center Makol Mawien is the team’s third-leading scorer at just 7.3 points per game.

That leaves the Wildcats to rely on their defense, again a similar way to how OSU wants to play.

“They have an established identity as a program,” OSU coach Mike Boynton said. “Bruce (Weber) is in his eighth year, and they know who they are. They pride themselves on being really good defensively. You can really look at any splits in their season, home, road, last five, conference games, non-conference games, wins, losses, their defensive numbers are all pretty consistent. Like everybody else, there’s been games where they’ve struggled offensively.”

Coronavirus Survey: How Are We Feeling, and How Much Are We Missing OSU Sports?