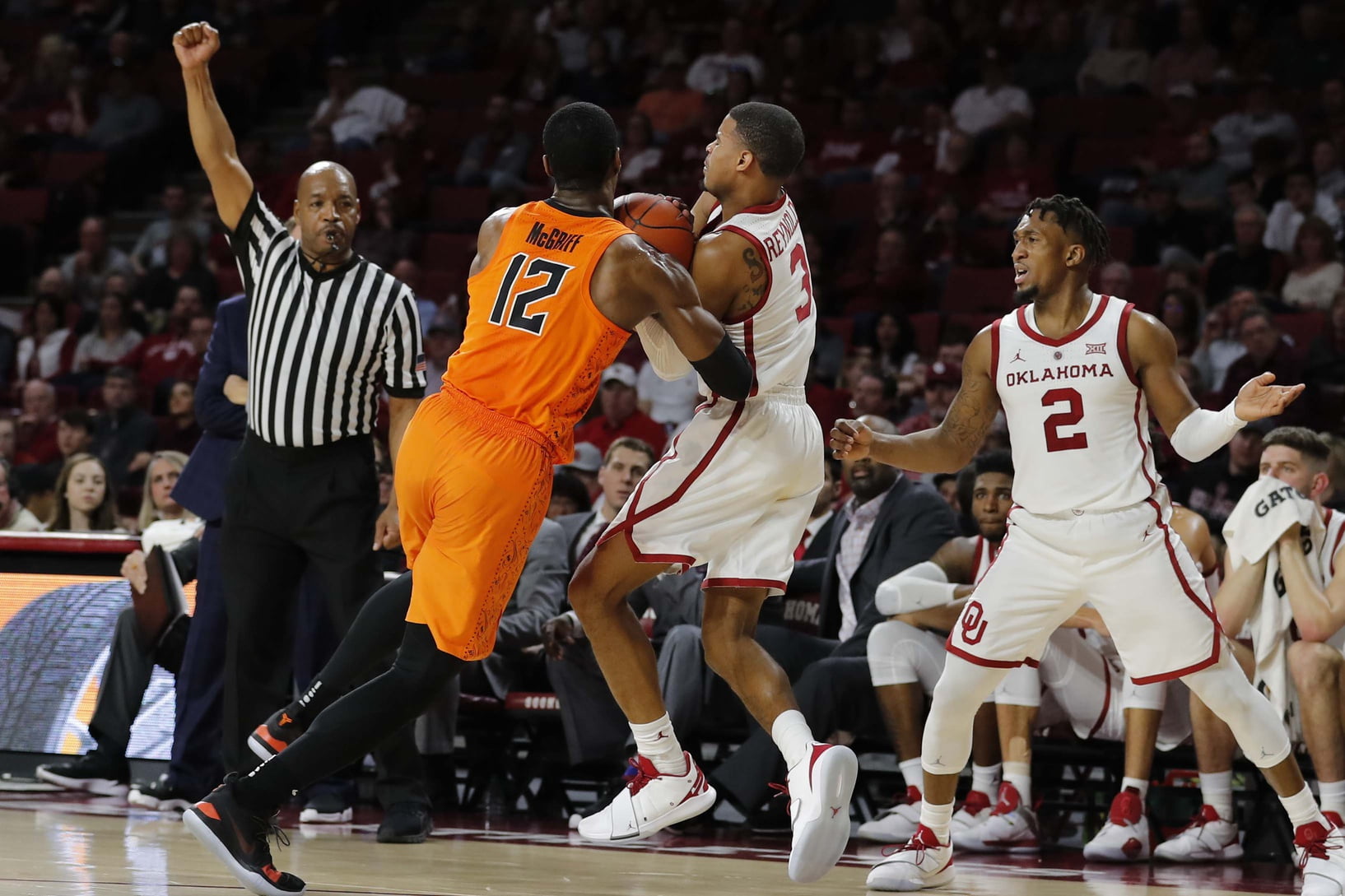 STILLWATER — The Cowboys have won the past two Bedlam games played on Eddie Sutton court, with a chance to make it three in a row Wednesday night.

Oklahoma State and Oklahoma met less than three weeks ago, where OU won 74-64, but both teams have struggled since that meeting, going a combined 3-5. For many Cowboys, that Jan. 5 matchup was their first Bedlam. Now down to only nine players on OSU’s roster, certain players will be asked to do more in round two.

“It’s much more serious than I thought it was,” freshman point guard Isaac Likekele said. “I knew the importance, I just didn’t feel the importance. … It was a learning experience the first time around. It’s gonna be interesting to see what happens the second time.”

The Cowboys racked up 25 personal fouls, and four OSU players ended the game with four fouls. The Pokes can’t afford that amount of fouls anymore now that OSU’s roster is down to nine players.

The recently dismissed duo of Maurice Calloo and Michael Weathers played 51 combined minutes in that game, so if anything this game will look different for the Cowboys personnel-wise.

OSU’s Thomas Dziagwa and OU’s Kristian Doolittle tied for a game-high 16 points. Dziagwa got his in Dziagwa fashion, shooting 4-for-8 from 3-point range. Half of Doolittle’s points came from the foul line.

Against Iowa State on Saturday, Isaac Likekele played a career-high 37 minutes. Against OU a few weeks ago, Likekele played only six minutes. Likekele picked up a few early fouls, and Weathers came off the bench with an impressive 13 points, seven rebounds and six assists.

“That day was more of a me thing,” Likekele said Tuesday. “My mind wasn’t in the right place. I wasn’t focused that day. Coach B did what he had to do for the team to have the best opportunity to win, and that was me not being on the floor, which I was perfectly fine with. On Wednesday night, gonna have an opportunity to go out there and play, I’m just gonna give it my all and hopefully we come out with a W.”