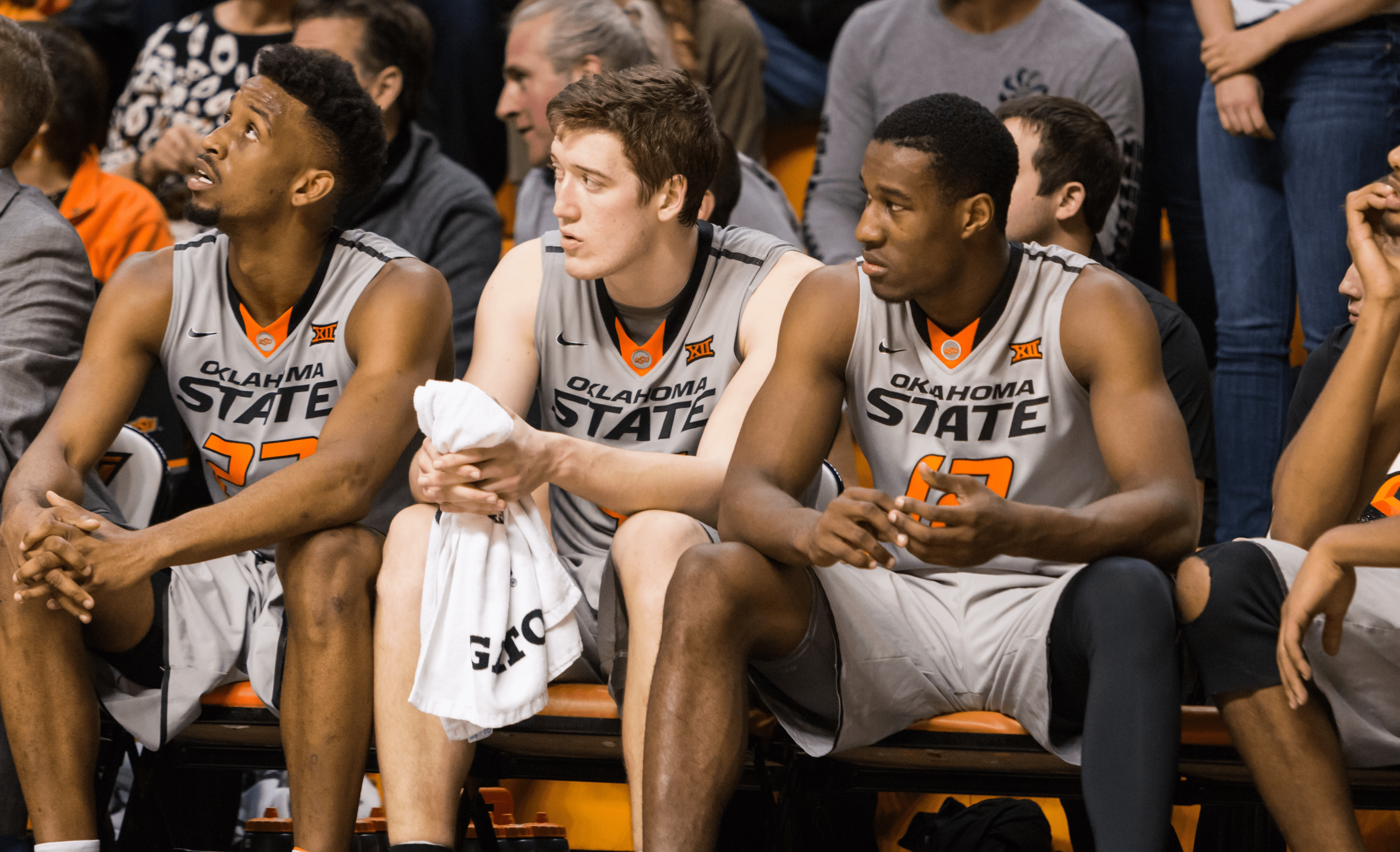 Led by a pair of homegrown juniors in Keenan Evans and Zach Smith, new head coach Chris Beard is reaping the fruits of Tubby Smith’s labor and effectively coaching this junior/senior laden team to some nice wins.

ESPN is currently projecting the Red Raiders as a 10-seed, roughly a top 40 team in the country. A week ago, the Sooners went up against the Red Raiders in Norman and got their first Big 12 win. Tech went cold from deep (6-of-25), can they get another Bedlam rival back on their feet?

So far the Red Raiders are undefeated in West Texas beating No. 7 West Virginia, No. 25 K-State and TCU out there. No confirmation if there were any dust storms that distracted opponents but apparently it’s a tough place to win. The Red Raiders defended their floor on Wednesday against a feisty TCU team. It was death by free throws as Tech shot 31 vs. TCU’s nine as Tech held off a late barrage of threes to win it. Junior Justin Gray (18 points and six rebounds) emerged from a slump just in time for the Pokes to come to town.

The difference in an 0-6 team and a 3-3 team (Tech) is consistently defending their home floor. The Cowboys took a couple of top-ranked teams (Baylor, Kansas) late into the second half and it’ll be fun to see if the Pokes can steal a road game against a very disciplined, veteran team.

The secondary ballhandler from the two guard spot, Evans is a playmaker that’ll gladly take that last shot. He wields a sweet stroke, shooting 48 percent from deep and in the top 15 of the league in nearly every shooting metric (free throw percentage, field goal percentage, scoring).

He’s hard to guard and can pass well once he gets going downhill, which happens a lot. This is the big guard you’ll want to worry about getting into the lane deep in the 2nd half against the Pokes.

Similar to our Evans, Keenan Evans has had struggled with some foul trouble so that’ll be worth keeping an eye on (and hoping for). It’s fair to say that whichever Evans (Jawun vs. Keenan) has a better game is the x factor in this match up.

??: Keenan Evans goes down the lane and slams it home to punctuate an 8-0 run! #WreckEm pic.twitter.com/qnmIB9HbED

Explosive athleticism for a big man, this junior power forward will be a load. Smith is a really well rounded player that will keep Solomon busy. Smith is a dog on the boards, leading Texas Tech’s stellar offensive rebounding (pulling down 7.8 rebounds a game) and scores 13 points a game.

He’s a rim protector that could have adverse affects on the blossoming pick-and-roll game the Cowboys have.

Welcome to your nightly Zach Smith #SCTop10 Alert. The crowd is alive at the USA, so get to ESPNews! #WreckEm

Squinting your eyes just right, you can see a lot of similarities between Tech and K-State, the Cowboys’ last opponent. Slow, methodical offense that grinds and waits for you to make mistakes and a dominant shooting guard (Barry Brown, K-State and Keenan Evans, Texas Tech) that will give you fits. Juco wing Anthony Livingston pairs with Keenan Evans to do most of their damage from the 3 point line.

First-year coach Chris Beard is teaching a lot of smart, sound basketball, really emphasizing no turnovers and it’s been really effective. KenPom ranks them 39th offensively in turnover percentage, they keep a good handle on the ball and don’t rush into anything.

Look for Texas Tech to try and get inside the OSU defense as they’ve been attacking a lot since the loss against OU last weekend. Especially since they had so much success against TCU on Wednesday and the Cowboys don’t really have a lot of rim protection.

On the flip side, the Red Raiders had a really tough time keeping Sooner guard Jordan Woodard (27 points) in front of them, Jawun Evans will be a tall task for the Raider defense. Out for the year is rim protector 6’9″, 255 pound Norense Odiase, pushing Justin Smith out of position over into the center spot on defense.

Something the Cowboys will really go after is attacking from the three. TCU was able to come back late knocking down shots outside and the Cowboys will (continue to) rely on Forte and Carroll from deep.