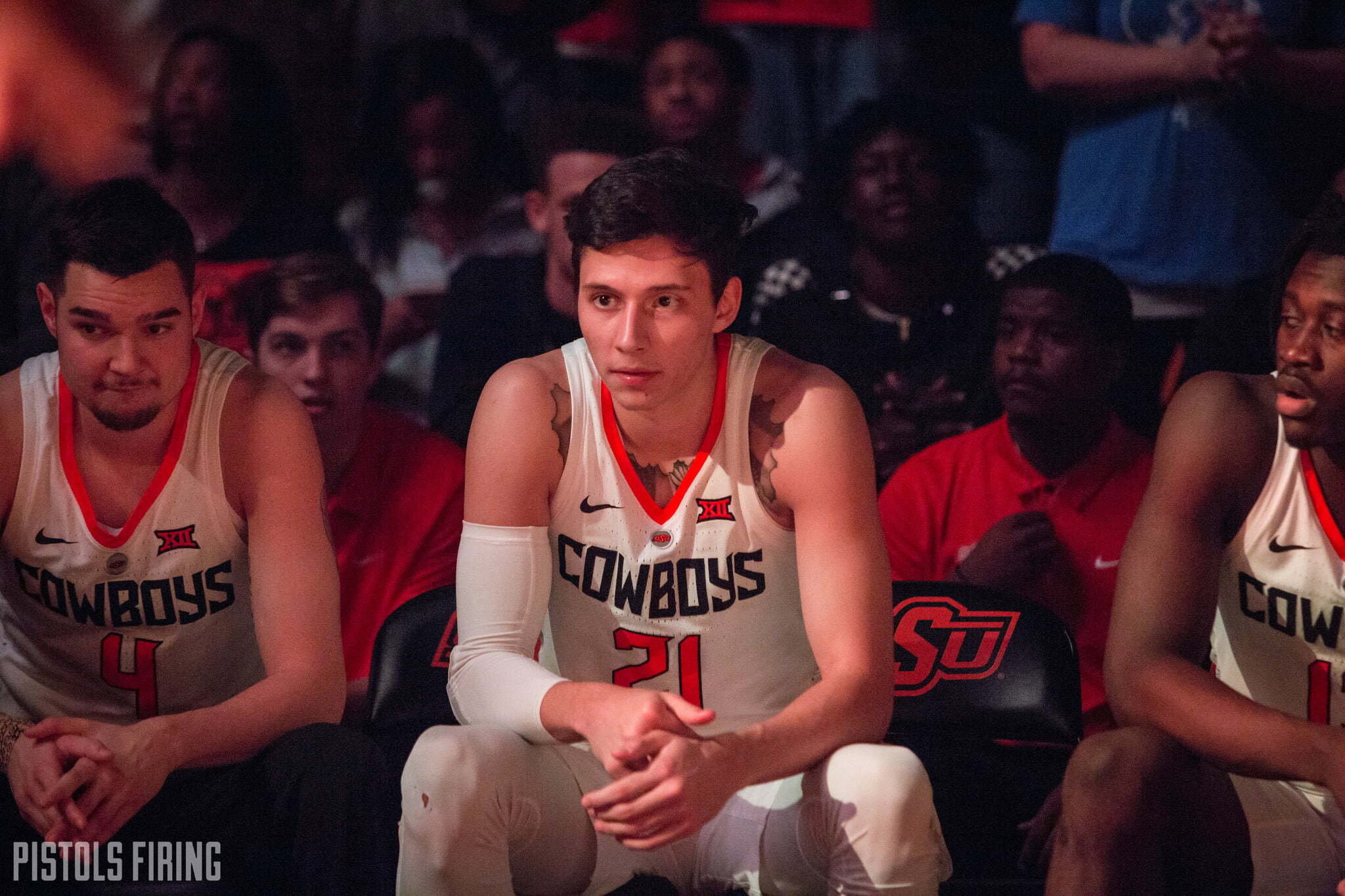 STILLWATER — If the Cowboys find a way to win Saturday, it will be the first time the program has won back-to-back games in Phog Allen Fieldhouse since the 1960s.

It’s a tall task for Oklahoma State’s six-man rotation, but Kansas is in an uncharacteristic slump. The Jayhawks lost star big man Udoka Azubuike for the season with a hand injury. They’ve been without Silvio De Sousa all season, who will have to sit the remainder of the year and next season after an NCAA ruling. Marcus Garrett has sat out Kansas’ past two games with an ankle injury. And after all of that, Lagerald Vick, KU’s leader in minutes per game, is taking a leave of absence to deal with personal matters.

Here are the details of the Cowboys and Jayhawks first meeting of the season.

“They’ve got, obviously, still a lot of talented dudes over there. It takes time. I think the biggest thing right now is: they’re going through what most anybody goes through. They don’t go through it as often or as clearly as everybody else all the time, but they’re really young in the backcourt. They’re playing a lot of freshman a lot of minutes.

“I think (Devon) Dotson is, heard somebody talking about it, he’s playing like the most minutes of any freshman in Bill Self’s tenure, considering the position he’s playing. I think Josh Jackson played a ton two years ago, but he wasn’t their point guard. They also had Frank Mason and some other guys out there helping him. Right now, they don’t have a guy who’s really been through it there, and the one that the did have, (Legarald) Vick, is out now for a little while. They’re in transition, like most teams go through, you just don’t normally associate them and those top tier programs with that very often. Their freshmen are usually capable of coming in and having great success.”