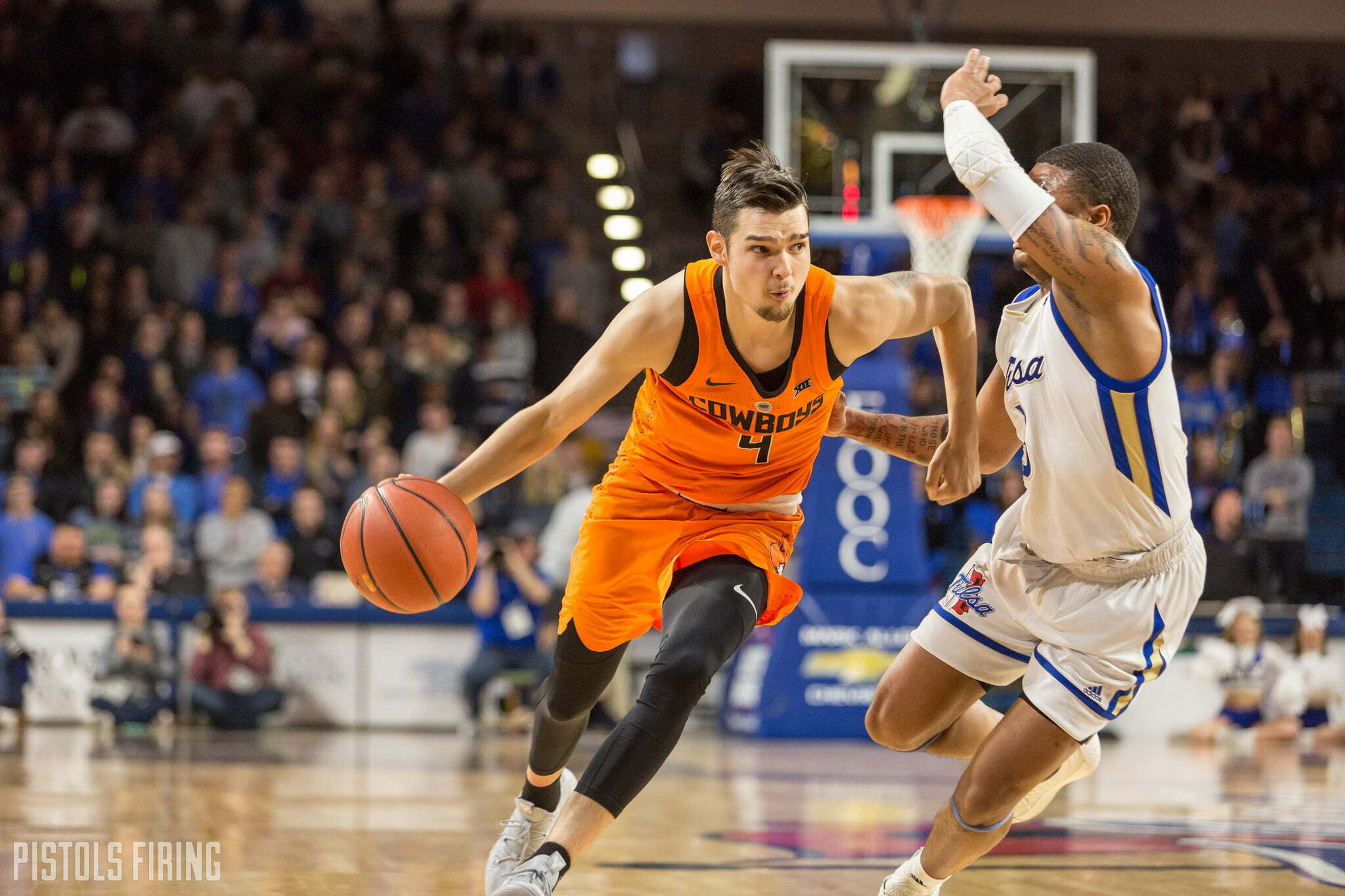 STILLWATER — Eight Big 12 teams will start their conference schedules Wednesday night, as the Big 12 grind starts all over again.

The conference boasts three ranked teams in the AP Top 25 with three other teams receiving votes. Oklahoma State isn’t one of those ranked teams. At 6-6, the Cowboys are ranked 86th in the country in KenPom’s adjusted efficiency margin. That’s the lowest in the Big 12.

Nine OSU basketball players will be a part of their first Big 12 game Wednesday night.

On the Cowboys’ 13-man roster, only Thomas Dziagwa, Lindy Waters, Cameron McGriff and Trey Reeves have played in a Big 12 game. That inexperience is part of what prompted the Cowboys’ tough nonconference schedule that saw them limp into conference play at 6-6, but OSU coach Mike Boynton said it will also be a big help entering league play.

“I feel really well prepared,” Boynton said. “… In terms of what they’re gonna see, and how well they’ll feel prepared, I feel like we’re in a good place.”

Boynton has said on a few occasions that he didn’t want his team to get to Big 12 play just to be shell-shocked by the league’s athletes. The Pokes’ conference schedule gave the Cowboys the slightest of breaks, as the Cowboys’ nine newcomers get to play there first Big 12 game in the comfort of Gallagher-Iba Arena.

“There’s some genuine excitement,” Boynton said. “A lot of them, this is kind of what they’ve been looking forward too. We played a schedule that was pretty comparable to a lot of the teams that we’ll be playing. There’s also an element of nervousness. There’s some nerves. It’s natural. We’ll have to help them through those early moments and let them know that the game will settle and it will be a normal basketball game after the first four or five minutes.”

At 10-2, Iowa State is somehow outside of the Top 25. Four of the Cyclones’ projected starters will be participating in their first Big 12 game, with redshirt senior Marial Shayok being the most notable.

Shayok has averaged 20 points a game so far in his first season at Iowa State after transferring from Virginia following the 2016-17 season. He has scored at least 14 in all of his games, and has scored 26 on two occasions. Cameron McGriff leads the Cowboys with 13.3 points per game. He will likely be matched up with Shayok to start the game.

Boynton said team’s familiarity with each other increases in conference play as more scouting is done. He said that in part helps ramp up the intensity.

“We’ve all gotta bring our A games every night,” Boynton said. “You have to play hard, but that only gives you a chance. You also have to play well, and this is a league, unlike a lot of other leagues, you can play really well and lose because the competition is just that great.”

Dziagwa said knowing the Big 12 grind is about to start is more exciting that it is grueling.