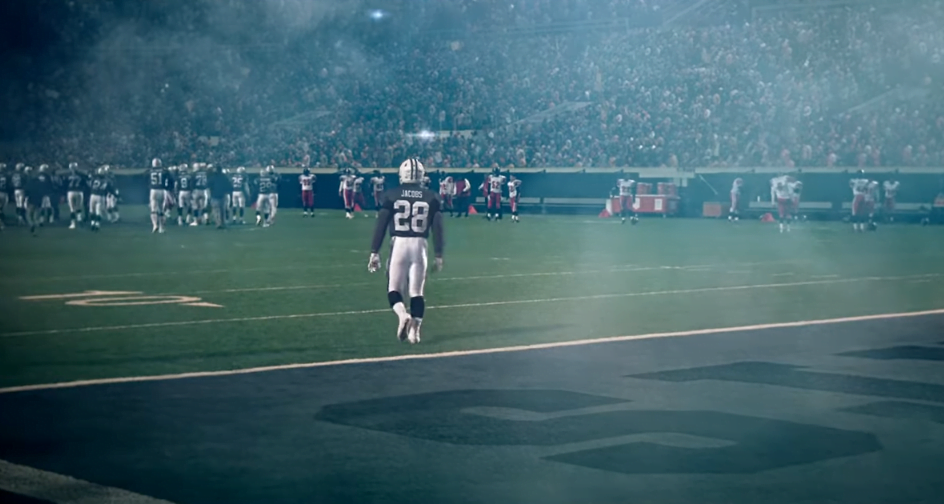 If you were watching closely on Sunday evening, you might’ve noticed that between Shakira shaking her hips and Patty Mahomes hoisting the Lombardi trophy, Boone Pickens Stadium had its time in the sun.

It wasn’t a hallucination. That really happened.

As part of Raiders running back Josh Jacobs’ KIA commercial — replete with a look at Jacobs’ upbringing and how he went from unheralded recruit to first-round pick and now NFL star — KIA spotlighted BPS. Jacobs was shown first walking through the tunnel of the stadium near the end of the commercial.

Then, those unmistakable stadium lights.

Lastly, Jacobs was shown on the field, those black sideline bumpers of Boone Pickens Stadium beaming.

And how’s this for a twist? That’s PFB’s own uniform insider Justin Southwell making his Super Bowl commercial debut. 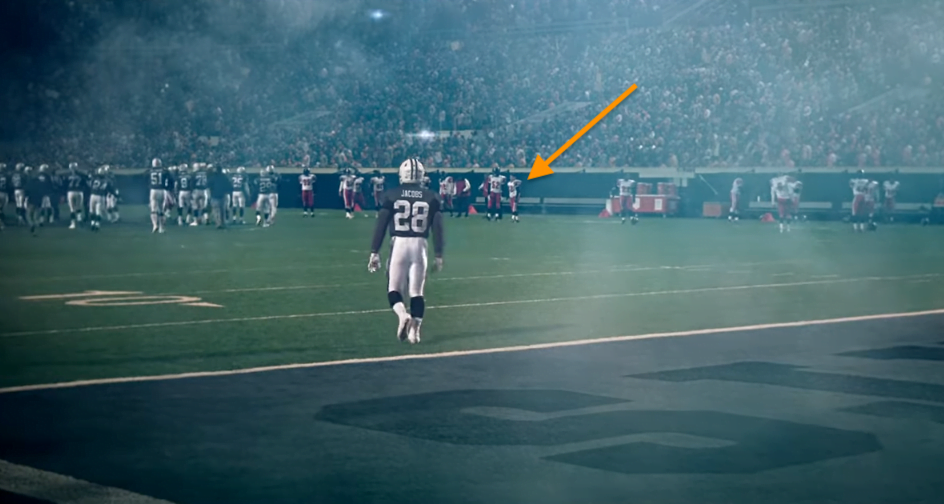 Pretty cool, huh? What’s even more cool (to me) is the short lead-time it took to make the thing. Jacobs played all the way up to mid-December for the Raiders and didn’t return home — to Tulsa — until January. So that’s when they shot the thing: in January. Jan. 6, to be exact.

The whole thing came together nicely, though, and it tells a good story in a short amount of time of just how far Jacobs has come. Check out the full commercial below: