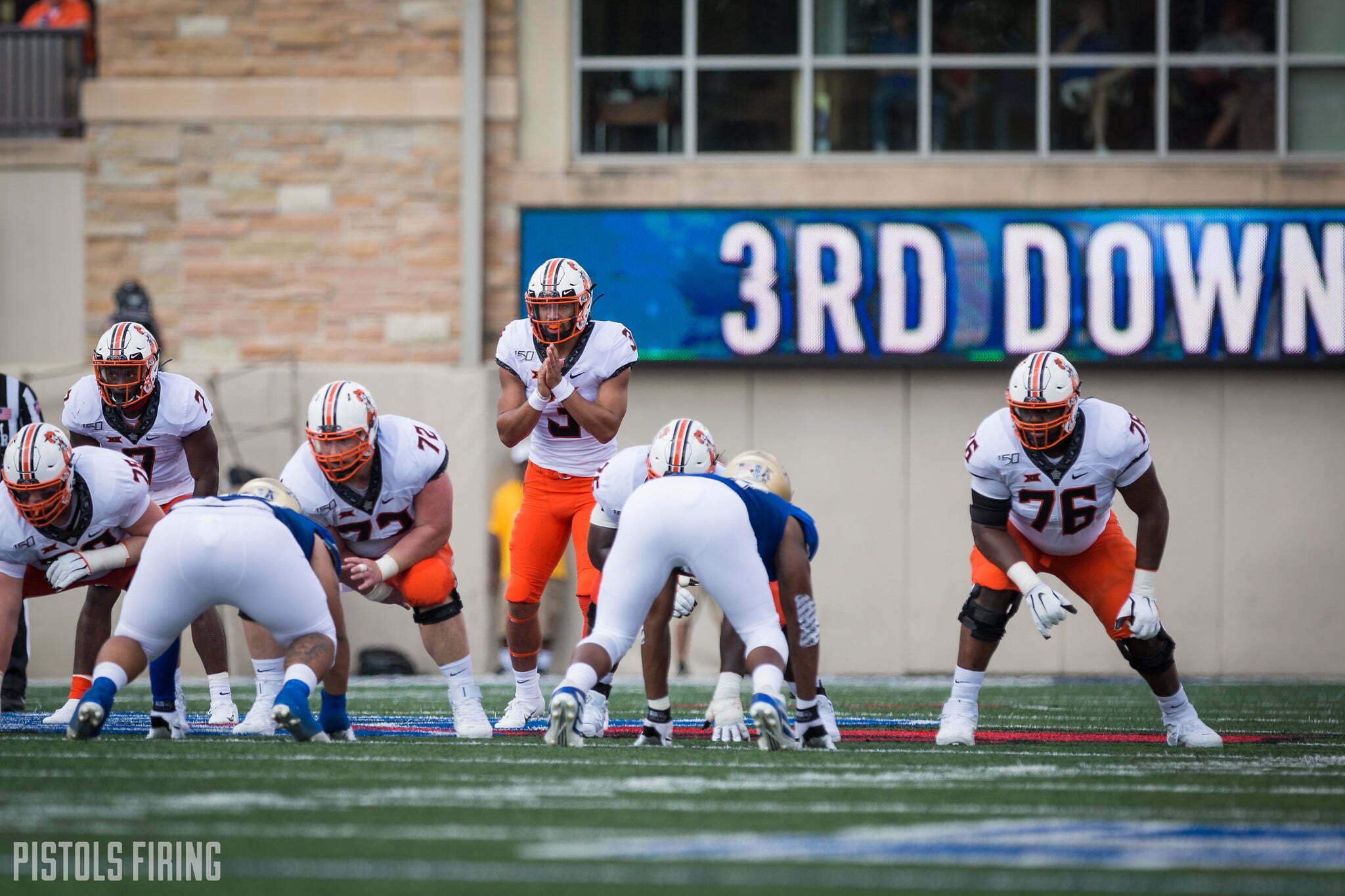 STILLWATER — Spencer Sanders has been without his starting blindside protector for a few weeks, but that could change Saturday.

“Any time you lose a left tackle, doesn’t make a difference what experience you have, it’s not easy,” Gundy said. “It happens. Injuries are a part of the game. When you start shuffling around those five guys, I’m not a big fan of that. You guys that have tracked me for all these years, if we didn’t have injuries very seldom did we ever move those guys, even in years we struggled. We still said if we don’t keep them in the same spot, it’s not easy to get better.”

Galloway’s absence forced the Cowboys into an offensive line shuffle, resulting in different lineups the past two weeks after a solid five-man core started the Cowboys’ first four games.

In a place where experience is even more important than it already is, the Cowboys started two redshirt freshmen up front the past two weeks, with Hunter Anthony picking up his first and second starts of the season at two different spots on the line.

Galloway started OSU’s final five games of 2018, all at left tackle, meaning he has nine games of starting experience at the position.

Some of that can also be contributed to strength of opponent, but another glaring stat is that Sanders has been sacked nine times in the past two games after being sacked only four times in the first four, a 3.5 sack per game difference.