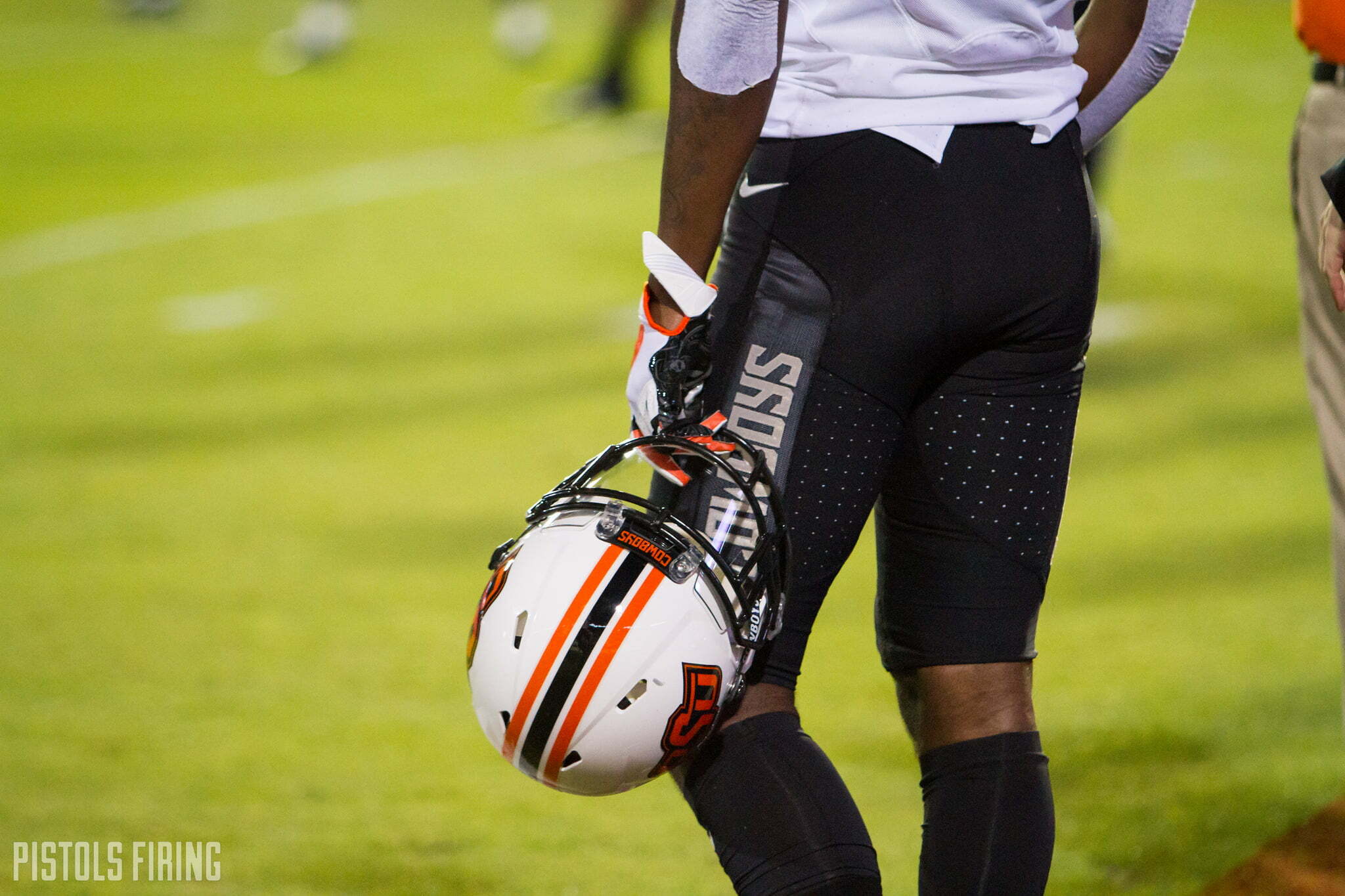 To be clear, I think Oklahoma State has been good at recruiting with Mike Gundy as its head coach and head recruiter. The results speak for themselves. Whether you believe in Mike Gundy’s ability to go get top high school players or not, he’s gotten enough quality players to be a top-20 team in terms of winning percentage nationally since he took over in 2005. No coach is good enough to simply develop the talent necessary to sustain that level of success. You have to have some arbitrary number of dudes, and Gundy has met that level.

The question then to me is not “has OSU been good at recruiting?” but rather, as OSU has evolved as a program and graduated several levels on college football’s food chain, “Has it been good enough?”

I know that maybe this stance doesn’t come across in how I write or talk about Oklahoma State recruiting, but this really is how I think about it. Of course I also think Oklahoma State can (and should) be better at recruiting than it currently is. I think its trajectory is not what it should be 14 years into Gundy’s tenure in Stillwater. It’s a trajectory that, when OSU inks its official full class on Wednesday, will still be pretty confusing.

Among many questions I have that will never have a real answer is this one: Has OSU won because it started recruiting smarter (though slightly worse), or did Gundy simply figure out how to run a program? If the answer is the latter then it begs the question of what all of this would look like with more blue-chip guys (and fewer low 3-stars) plugged into the machine. If the answer is the former then I think Gundy and his staff deserve more credit than they’ve gotten.

As an aside: The third potential answer is that the better recruiting in early years led to the big-time seasons in 2010 and 2011, and now we’re about to see the flip side of that in the next few years where worse classes lead to 7-win seasons.

But back to the credit part. OSU is No. 11 in the nation in winning percentage since 2010. You can fake a lot of things in college football for a year or two with a great QB or bad schedule. You can’t fake it for that long. There is only so much smoke and only so many mirrors. Not nine years’ worth. Whether you want to attribute all of that to having good QB play is irrelevant because, you know, those QBs were still recruits.

Gundy understands the machine and what makes it work. In his world the formula is “mostly 3-star guys with a handful of 4-stars that are easier to pick off sprinkled in.” Not only does he not chase loads of 4-stars with the tenacity of a Mike Boynton, but I don’t think he really wants to.

Part of the reason is because it’s hard to keep the recruiting juices flowing for 14 years, and the other part is because he’s gotten burned quite a few times. Of the top 25 recruits in OSU history, you could argue that only about half have worked out. Only about half have been good (or great) players for Oklahoma State. I’ve bolded those below. The italicized ones are still up in the air.

Gundy doesn’t see the 4- and 5-star risk worth the effort you have to put in. Instead, he’d rather convince the 3-star gems (air quotes) to play in Stillwater, USA. Part of this is probably because it’s easier to convince these players, and part of it is because there are more players at the 3-star level to sort through and find the types that Gundy likes — namely the ones whose “mommies and daddies have brought them up the right way,” “never say a word,” and “love football.”

Again, this is working! Or it has worked over the last decade and a half. But all the data we have on recruiting would also suggest that a ceiling has been hit by OSU. That it has touched the highest position of the mountain it will ever touch with the way it currently recruits.

Here’s Bud Elliott on the blue-chip ratio, and why half of your roster needs to be made up of 4- and 5-star guys to win a title. Most interesting to me was the part about the teams that don’t get 4- and 5-star guys (the Oklahoma States of the world).

This metric is quite useful for determining which teams have signed elite talent. It is not the most useful for differentiating between bad and below average teams, or below average and average. Some teams simply do not have much of a shot of signing elite prospects and instead try to find diamonds in the rough. That’s a strategy that can produce wins and conference titles, though perhaps not Playoff rings.

I think coaching and development are extremely important in college football. But talent acquisition is by far the most important element when trying to compete for the sport’s biggest prize. By NCAA rule, coaches get just 20 hours per week with their players. Only so much development can be done. [SB Nation]

The obvious rebuttal to this is that OSU was literally a foot from playing for the 2011 national championship. A title I think it could have (and maybe even would have) won had Quinn Sharp’s field goal fallen in Ames. But again, that 2011 team was built on the back of two of the four best recruiting classes OSU has ever had. That’s not nothing. Whereas OSU is now pulling one or two 4-star guys a year, they were pulling three or four in that era (go look at the top of that 2010 class). There’s a big difference, and even a slight slip in the recruiting rankings matters on the field.

All of this can be (and often is) quite confusing. I’ve labored through this piece not really knowing what to make of it all. I want to defend Gundy here, and I think it’s possible, but the trajectory again is not what you want to see. I think the bottom line is that Gundy has built generational wealth for his family and become one of the longest-tenured coaches in college football by riding the “we want 3-star guys who work hard and are easier to get” theory. By every metric he has to measure such things, this is working and has worked. And he’s not wrong.

Graduating into the next tier of recruiting schools is difficult and risky. It’s a game Gundy has decided he doesn’t want to play. As long as we can all agree that there’s a ceiling on how good you can be, and it doesn’t include going to the College Football Playoff and rarely includes winning the Big 12, then that’s fine. Chasing big names and lots of stars can lead to a downward spiral of what your identity is and create lost classes faster than you can spell Xavier Lawson-Kennedy.

So there are multiple ways to look at this. The first is that Gundy isn’t doing enough and should be trying harder. The second is that when tempted with grandeur that could potentially disable a program if not handled properly, he eschewed all of that for what he knows works (and has worked!). It’s all a matter of perspective.