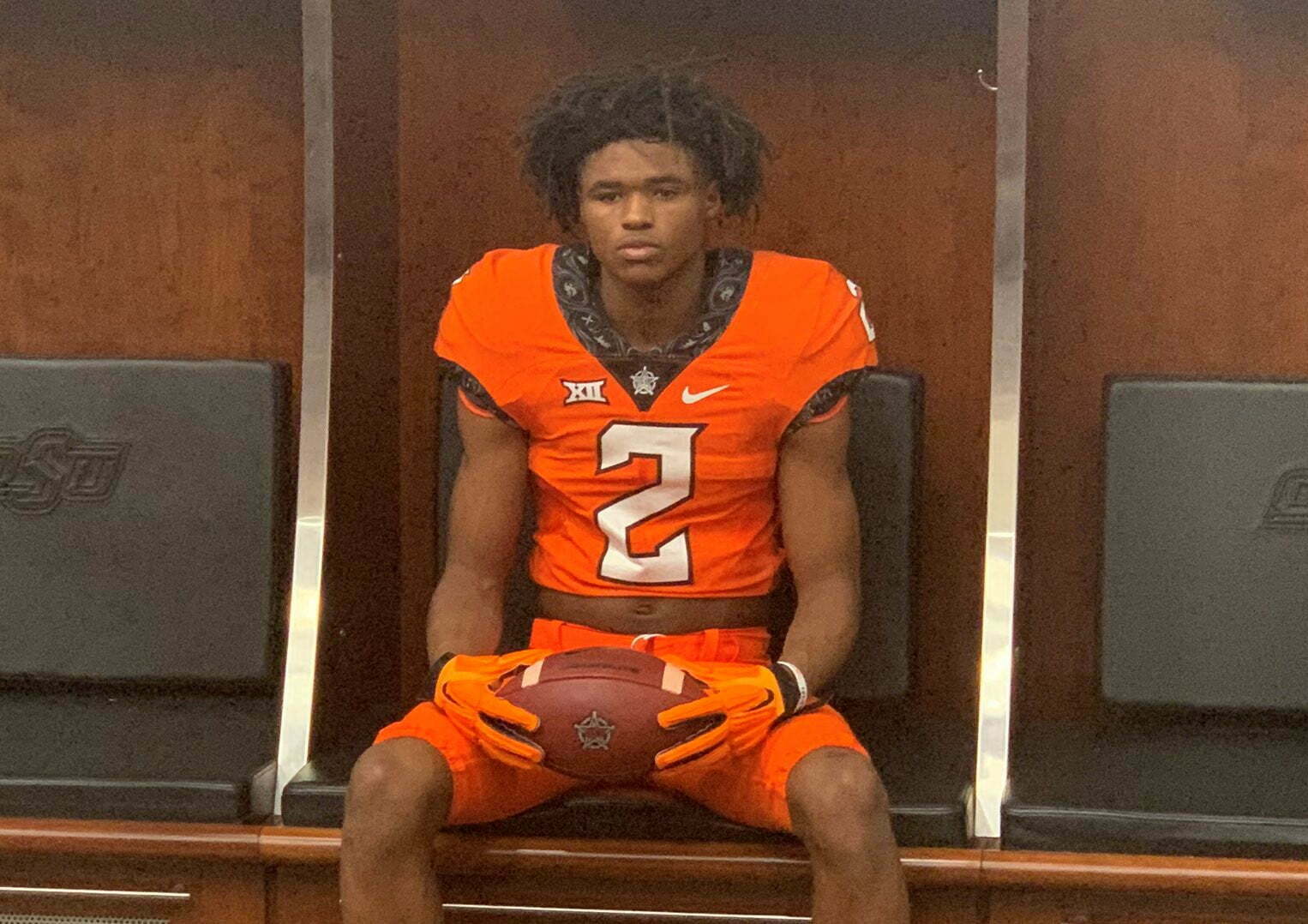 Saturday could be a big day for the Cowboys in Boone Pickens Stadium and on the recruiting front.

Class of 2021 four-star running back Cam’Ron Valdez is set to announce his college decision at 2 p.m., and now Edmond-Santa Fe four-star 2022 wide receiver Talyn Shettron has announced he will also pick a program Saturday.

Shettron has been on OSU’s campus a handful of times, and OSU has a nice pipeline in place between Stillwater and Edmond-Santa Fe. It’s the high school where defensive stars Calvin Bundage and Trace Ford hail from. Collin Oliver is also committed to OSU from the high school.

With that said, things aren’t trending in OSU’s direction with this particular Wolf. Shettron has picked up myriad OU predictions since his announcement.

Shettron would be the second-highest WR commit in OSU history, behind only Dez Bryant.