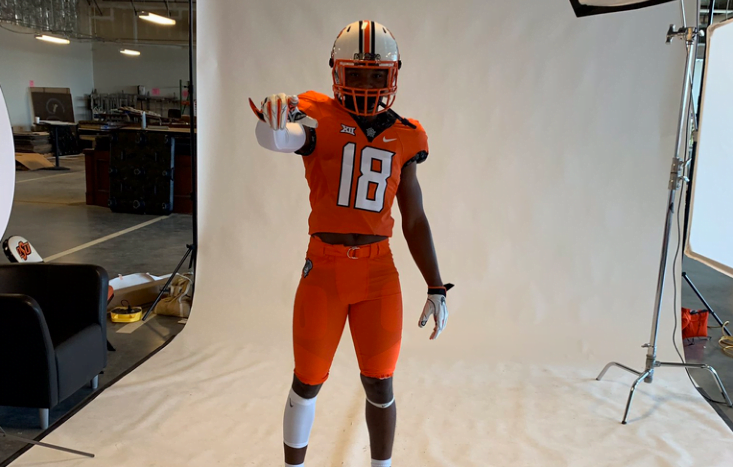 Oliver is a 6-foot-2, 220 pound inside-backer from Edmond Santa Fe in. He rates as the No. 4 prospect in the state for the 2021 class and one of the highest priorities for OSU in the cycle.

| Gal 6:9 | I’d love to thank God and all of the coaches who took time to recruit me, with that being said, these are my Top 8 schools …no specific order #LLD? #po4tc

“[They told me] that I’m their top guy in Oklahoma, and I’m a very great athlete,” Oliver told PFB in January of his unofficial Oklahoma State visit and the feedback he got from the staff. “They think I have the talent to make an impact early.”

Oliver told me that OSU was “easily top three” among the offers he held at the time — which did not include TCU, Utah, or Ole Miss, all of which have offered since February. But OSU still sits in a great spot after becoming his first official scholarship last year and staying on him ever since.

OSU has just one commitment in the 2021 class but is zeroing in on several despite the NCAA-implemented recruiting dead period, which extends through next month. Getting Oliver would be a huge boost to the 2021 class and to OSU’s momentum to keep the best players in the state.