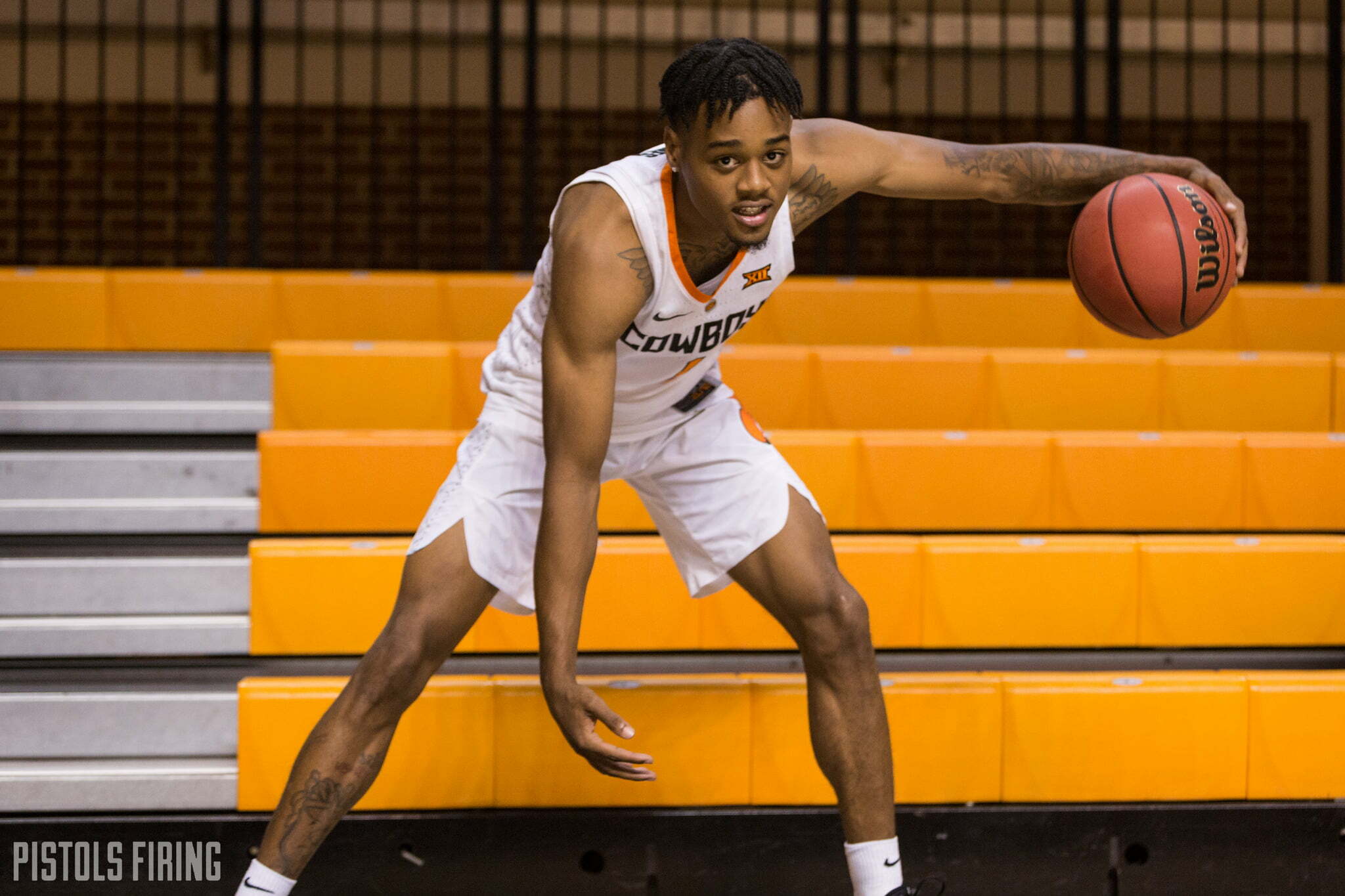 STILLWATER — Although it isn’t official, it’s likely that Indiana transfer Curtis Jones will be available for the Cowboys on Sunday against Nebraska.

Right now, it’s a waiting process for Jones’ semester grades to be posted, but barring something unforeseen happening, it looks as if Jones will be on the plane to Souix Falls when the Cowboys take off Saturday.

“We only have one grade officially posted at this point,” Boynton said. “But, we feel confident that he’s done things the way he’s supposed to in the classroom, and hopefully in the next 24 to 48 hours we’ll hear something before we have to take off.”

Jones, who transferred to OSU midway through last season, played in 40 games at Indiana. In his first collegiate basketball game, Jones scored 15 points on 5-for-10 shooting in an overtime victory against then-No. 2 Kansas in the Armed Forces Classic in Hawaii.

Experience like that is something the Cowboys have lacked this season with six freshmen on its roster, including two starters.

“He brings a guy who’s played college basketball before, so it won’t be his first game,” Boynton said. “His first game in his college career was against Kansas, and he played pretty well. It’s not lost on me that he’s gonna have an understanding of the competitive level of college basketball.

“He hasn’t played in well over a year in a real game that matters. Practice his competitive, but it’s not the same. So, I expect some jitters, but I expect his experience and his ability to score the ball to really help us.”

Boynton said he is unsure on how many minutes Jones will play right away. He said he tries to not predict things like that. Boynton compared it to graduate transfer Mike Cunningham coming off his hamstring injury. Cunningham missed the Cowboys’ first three games before playing 17 minutes against Memphis in his first game of the year. Similarly, Michael Weathers played only three minutes in his first game since transferring to OSU after sitting out a suspension.

“Some of it will be determined with how the game is going,” Boynton said. “One of the things he does well is shoot the basketball, so if he’s gotta suck it up for a couple extra minutes because he’s making a lot of 3s, I’ll live with that.”

When Jones does play, it will be the first time in a long time OSU plays a game without a transfer-in-waiting. Last season Yankuba Sima had to sit out the first semester while Weathers sat out the entire season. Sima’s situation was similar considering he too became eligible at the turn of a semester. Sima’s first game as a Cowboy came Dec. 16, 2017, the Saturday after finals week. Funnily enough, Dec. 16, 2018, is when OSU plays Nebraska, which is the Sunday after finals week.

“It’s been a long time coming,” Jones said. “I’ve been working since I got here, so it’s very exciting that it’s finally getting close.”

“It’s been tough not being able to play, but I got to work out a lot. I think my game grew a lot, and then watching the game from a different perspective helped me a lot.”

Coming out of Huntington Prep in West Virginia, Jones was the 85th-ranked prospect in the 2016 class, according to 247Sports. He was teammates with Mile Bridges, who now plays for the Charlotte Hornets, at Huntington Prep.

Jones said he went to Indiana because of the relationship he built with then-Hoosier coach Tom Crean. Crean was fired after Jones’ freshman season. Jones played in only seven games under Crean’s replacement, Archie Miller, as a sophomore before Jones decided to transfer.

“His athleticism sticks out,” Boynton said. “He’s a really good offensive player in terms of scoring the basketball. He’s a good defender because he moves his feet well, he’s got good anticipation skills. He’s very unselfish. He’s a kid who’s a willing passer, who’s willing to pass up a shot for a teammate, and a guy who really, really cares about winning.”

Jones said he doesn’t feel a need to prove himself after not having played in a game since Nov. 14, 2017, but rather he is excited to get his OSU career started.

“I feel like I’ve worked a lot, so kinda just letting my game speak for itself ,” Jones said. “More anxious and just excited more than anything.”