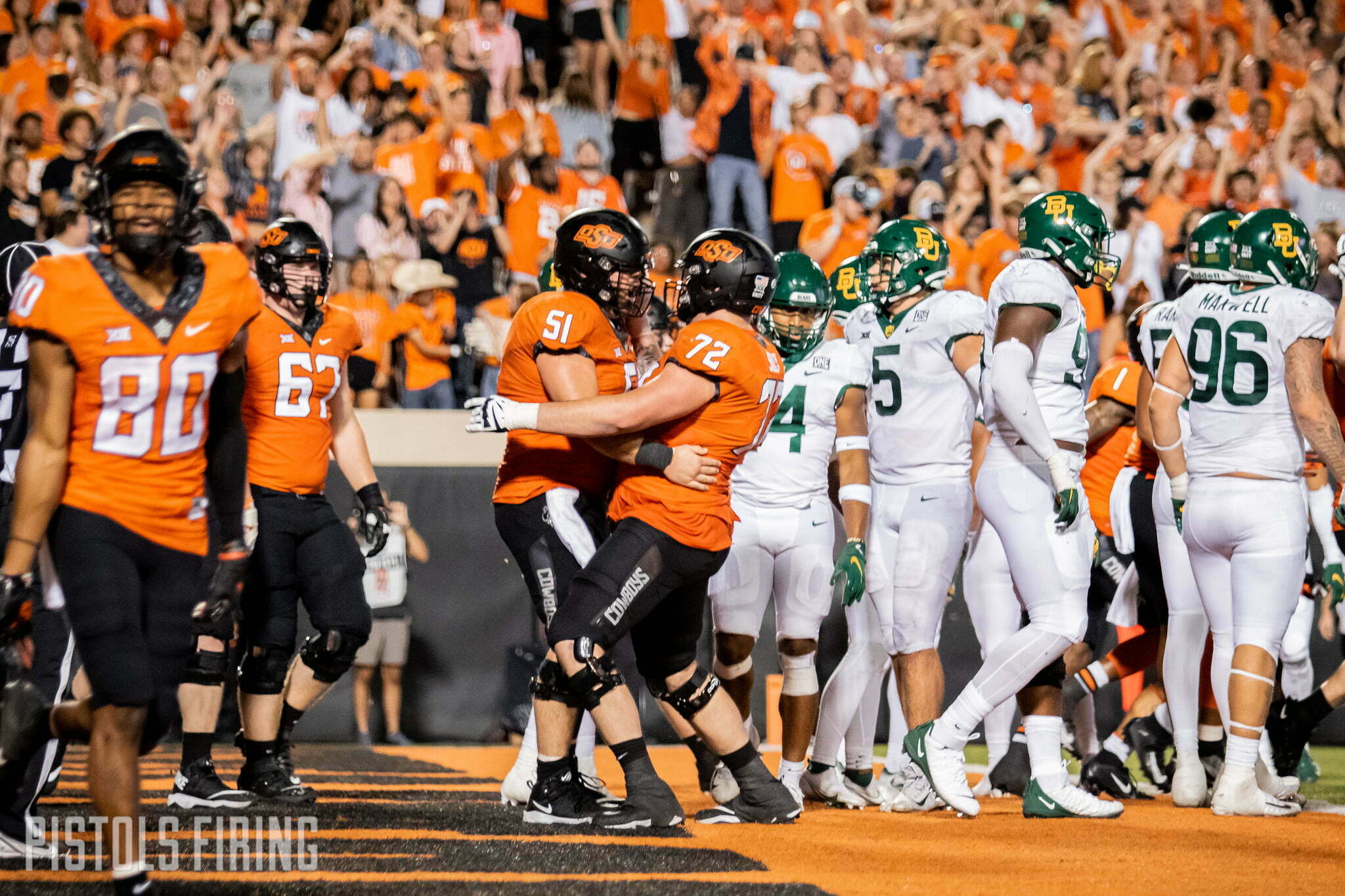 The Cowboys are healthier than they were in Lubbock last weekend, but the Pokes still aren’t at 100%.

Transfer center Danny Godlevske left the Cowboys’ win against TCU with a lower body injury and hasn’t been back since. He will miss Oklahoma State’s game against Oklahoma, according to Dave Hunziker. Redshirt sophomore Joe Michalski has played in his place since and is expected to do so again Saturday night.

Hunziker said he’d have a close eye on running back Jaylen Warren and Cowboy back Logan Carter in Saturday’s warmups. Warren was limited against Texas Tech, where he had 12 carries for 37 yards. Dominic Richardson has seen an uptick in workload as of late. He has rushed for 218 yards in OSU’s past two games.

Carter missed the first six games of the season after an offseason back injury. Braden Cassity filled in for him in the early part of the season before injury has also caused him to miss time. The Cowboys have used freshman wide receiver Blaine Green at Cowboy back the past few weekends.

OSU and OU will kick off at 6:30 p.m. in Boone Pickens Stadium. The game will be televised on ABC.