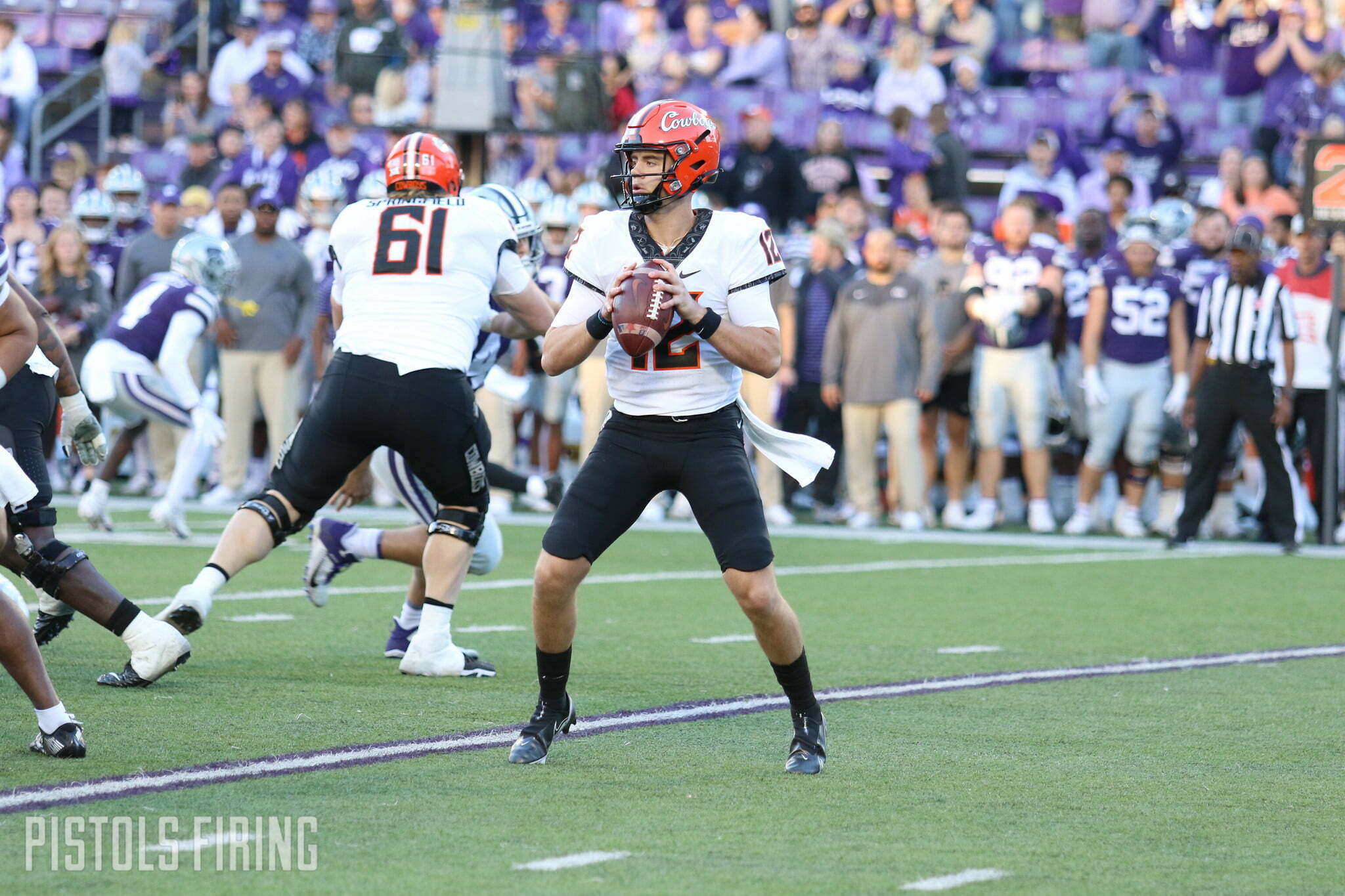 It looks as if the Cowboys will have a different starting quarterback for the third consecutive weekend.

Gunnar Gundy is likely to be Oklahoma State’s starting quarterback with Spencer Sanders (out, according to Brett McMurphy) and Garret Rangel doubtful to play, according to Dave Hunziker. Hunziker did add Sanders will suit up, as he did last weekend.

Tyler Lacy, Preston Wilson, Trace Ford and Thomas Harper are also expected to miss Saturday’s game. But there is some good news for the Cowboys as Dominic Richardson, Jaden Bray and Braydon Johnson are all expected to play.

Rangel played over Gunnar last week after Mike Gundy said the two were graded throughout the week, and Rangel graded out “ever so slightly” higher. Rangel went onto throw for 304 yards and two touchdowns against the Jayhawks, but he did have four turnovers. Hunziker said Rangel got banged up in that game.

Lacy, probably the Cowboys top NFL prospect, went down with injury in the Kansas game. This season, he has 27 tackles, 8.5 tackles for loss and three sacks. After battling through injuries the past two seasons, Trace Ford also went down with injury in Lawrence. With those two out, expect a heavy dose of redshirt juniors Kody Walterscheid and Nathan Latu.

Preston Wilson, the Cowboys’ starting center, has been in and out of the lineup this season. Joe Michalski is expected to start in his place.