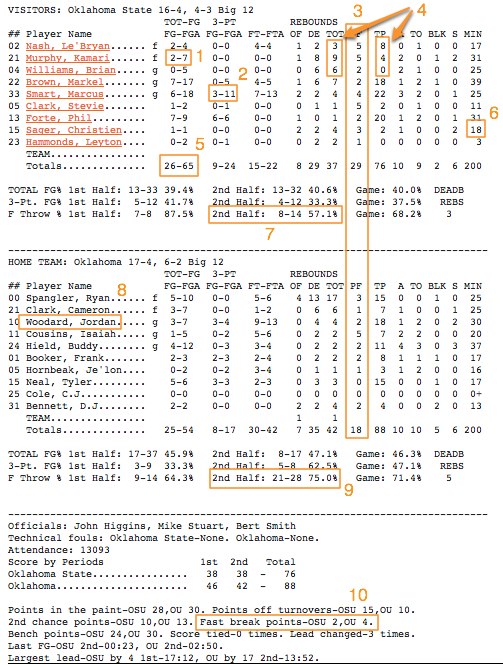 1. According to Hoop Math 44% of Kamari Murphy’s shots are two-point jumpers and he’s making them at a 43% clip so he’s actually a better jump shooter than he displayed last night (compare Marcus taking 18% of his shots as two-point jumpers and making 27% of them and Markel — 26%/38%) so I don’t mind him taking those little elbow Js. He just needs to start hitting more of them in big games.

5. Loss at KU: OSU took 66 shots, KU took 52. Loss at OU: OSU took 65 shots, OU took 54. Why were we settling for long jumpers repeatedly when we have two of the best slashers in the country and refs were handing out fouls like they were pieces of cake at a toddler’s second birthday party?

7. For all the talk about how the fouls weren’t going our way, we sure missed a lot of opportunities to take some freebies in the second half.

8. I didn’t talk about him in my 10 thoughts but he’s fantastic for a freshman. George Schroeder compared him to Hollis Price which I thought was a little much but then I looked up their freshman year stats:

10. Did all of these happen in the first five minutes? Before the first TV timeout I thought we were going to have a 120-118 game on our hands (which would have been terrific) but Big 12 refs inserted themselves into the narrative and buzzkilled all the fun.