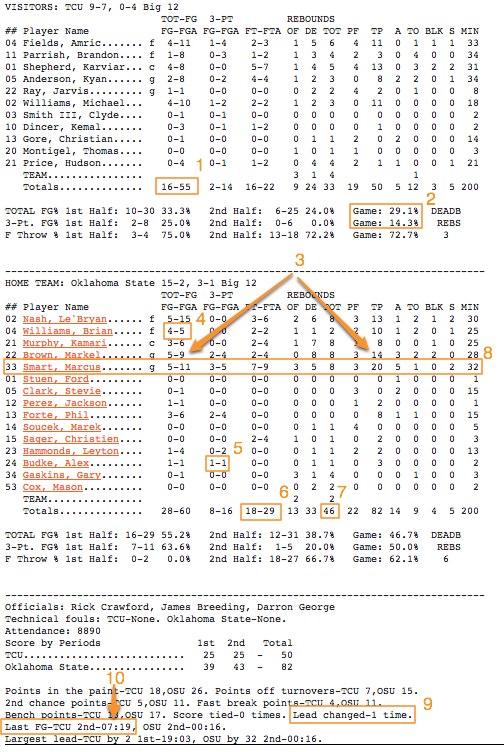 A quick one in front of the Kansas game but let’s jump into some of the numbers that stuck out on Wednesday night in GIA.

3. I love OKC Dave’s total points/FGA stat he was tweeting out the other day. Markel has been great at it this season.

4. I think all four were from the baseline. Maybe that’s the spot his line drive shot was made for.

6. Along with interior defense (and offense, for that matter) this is the thing that worries me about this team. Like I said in the 10 thoughts last night, they haven’t been over 75% since the South Carolina game in early December. That’s going to bite us at some point.

9. There was no way this number should have been higher than one.

10. I didn’t realize this. How about that third wave bringing the heat on defense for OSU!