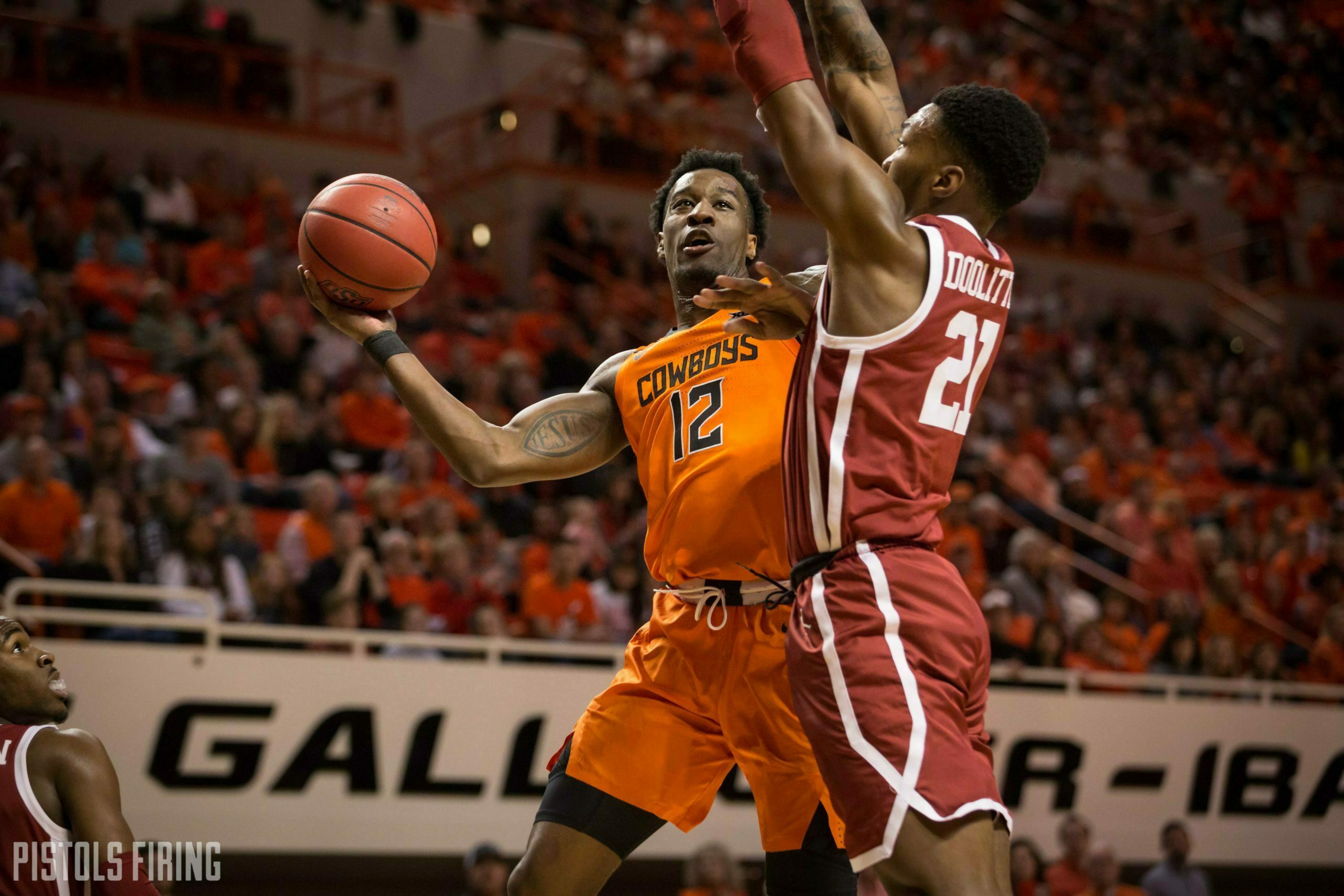 The Cowboys took it to the Sooners on Saturday, earning a 17-point win in Stillwater and leveling the season rivalry series.

Before we look forward to a Big Monday bout with Kansas, let’s put a bow on the Pokes’ fourth Big 12 win by reviewing some of the most important numbers from Saturday’s game.

McGriff Puts His Stamp on Bedlam

We’ve seen some memorable performances in wins over Oklahoma like James Anderson and Keiton Page combining for 56 in 2010 or a freshman Marcus Smart’s 28 points in an overtime win in 2013. McGriff added his name to that list in his Bedlam regular season finale.

He tied his career-high with 28 points which marked his eighth career game with 20-plus points. After hammering the Sooners in the paint early, then finished them late with a barrage of 3-pointers.

The Cowboys have been more successful over the last month mainly because they’ve limited their attempts from the perimeter, instead making a concerted effort to pound the paint.

McGriff’s six attempts from 3 were his most since Jan. 18 against Baylor. But in Bedlam, apparently, all bets are off. Cam was en fuego down the stretch. He went 4-of-6 from the 3 on Saturday including 3-of-4 in the second half. Each of those made 3s felt like a dagger.

And Cam should get the green light against OU. He is shooting 31.3 percent from 3 for his career, but in nine games against Oklahoma he’s shot 39.3 percent from beyond the arc, That’s his highest mark against any Big 12 team.

Other notes on Cam:

• He is the only Cowboy to have started every game this season. In fact, McGriff has started 72 consecutive games for the Cowboys, which is tied for the 14th longest streak in school history.

Other notes on the Pokes:

• Yor Anei finished with 10 points, 10 rebounds, one assist and two steals, marking the fourth double-double of his career.

• Isaac Likekele finished with four assists. Likekele has recorded two or more assists in each of the last 13 outings.

• OSU has won three of the last four games against Oklahoma in Stillwater. The all-time record between Oklahoma State and Oklahoma is 100-140, but the Cowboys hold a 64-46 edge in Stillwater.

• Saturday marked the largest home crowd of the season at Gallagher-Iba Arena with 10,252 people in attendance.

• The Cowboys have held 16 of their 26 opponents to 40.4 percent shooting or less and continued against OU. The Sooners shot 38 percent from the field and 27 percent from 3.

• Oklahoma State is 30-8 when holding its opponent under 40 percent shooting under Mike Boynton.

• The Cowboys forced 13 turnovers on Saturday which they converted into 16 points. OSU has forced at least 10 turnovers 81 times under Mike Boynton, and is 46-34 in those games.

• OSU has made at least one three-pointer in 643 consecutive games dating back to Jan. 13, 2001, which is the 24th longest current streak in college basketball.