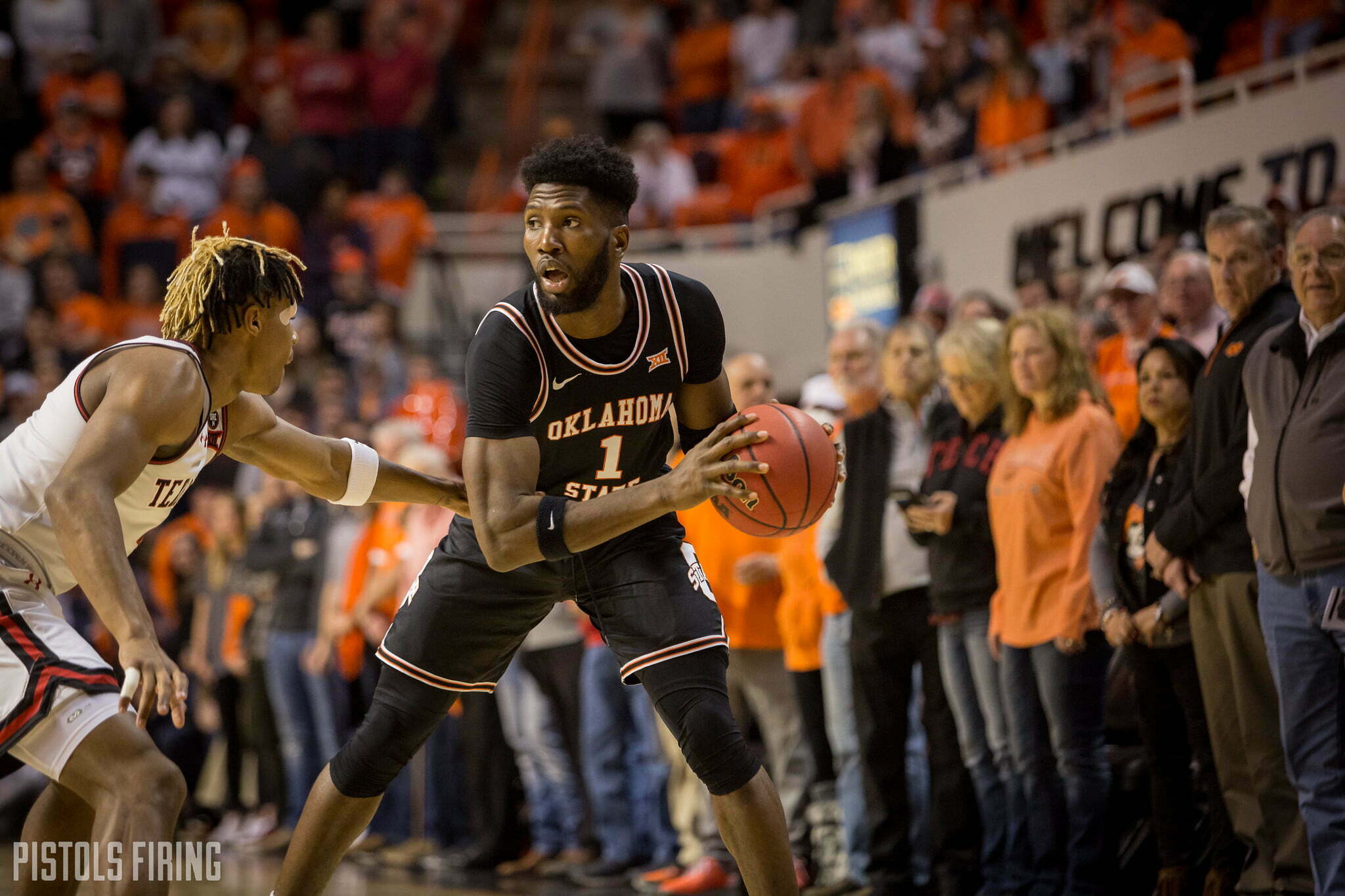 Oklahoma State earned Big 12 win No. 3 on Saturday, upsetting No. 24 Texas Tech 73-70 at home. Let’s take a look at the numbers that added up to a Cowboy victory.

• Jonathan Laurent scored a season-high 16 points to go with seven rebounds and a steal. The transfer from UMass started out slow offensively but has found his touch as of late. He came in averaging just five points per game on the season but has averaged 10.8 over the last five.

• Kalib Boone enjoyed a career day with 16 points himself. Boone also went 12-of-14 from the line, which is the most free throws made in a game by a Cowboy since Jeffrey Carroll made 12 against Florida Gulf Coast on March 13, 2018. Boone finished with 16 points, four rebounds, one assist, three blocks and one steal.

• Boone and Laurent’s combined 19-of-22 from the charity stripe helped the Cowboys record season highs in free throw makes (31) and attempts (38).

• Isaac Likekele’s six assists pushed his total of 244 into the top 25 in program history, passing Maurice Baker. Likekele has also reached double-figures in scoring in eight of his last nine games and is averaging 11.9 points, 5.8 rebounds, 5.6 assists and 1.8 steals per game over that span.

• Today marked Yor Anei’s 50th game with at least one block. Anei has blocked at least one shot in 50 of his 57 career games. Anei finished with two blocks today.

• Cameron McGriff is the only Cowboy to have started every game this season. McGriff has started 69 consecutive games for the Cowboys, which is tied for the 14th longest streak in school history.

Any win is a big win when you start conference play 0-8, but this one was significant for a couple of reasons. 1) It makes for the Cowboys’ first win streak since November and third in four tries. 2) Tech was ranked No. 24 and had won three-straight coming in.

• The Cowboys forced 15 turnovers today. OSU has forced at least 10 turnovers 79 times under Mike Boynton, and is 45-33 in those games.

• OSU is 8-17 against the AP top-25 under Mike Boynton, snapping an 11-game losing streak against ranked foes.

• OSU has made at least one 3-pointer in 641 consecutive games dating back to Jan. 13, 2001, which is the 24th longest current streak in college basketball.

• Even more significant, were the 3s they didn’t take. OSU has made a concerted effort to limit its perimeter shots and get into the paint — and to the line — more. Coming into the Cowboys win over Kansas State on Tuesday, OSU was averaging 21 3-point attempts per game. In the last two, they’ve totaled just 18.