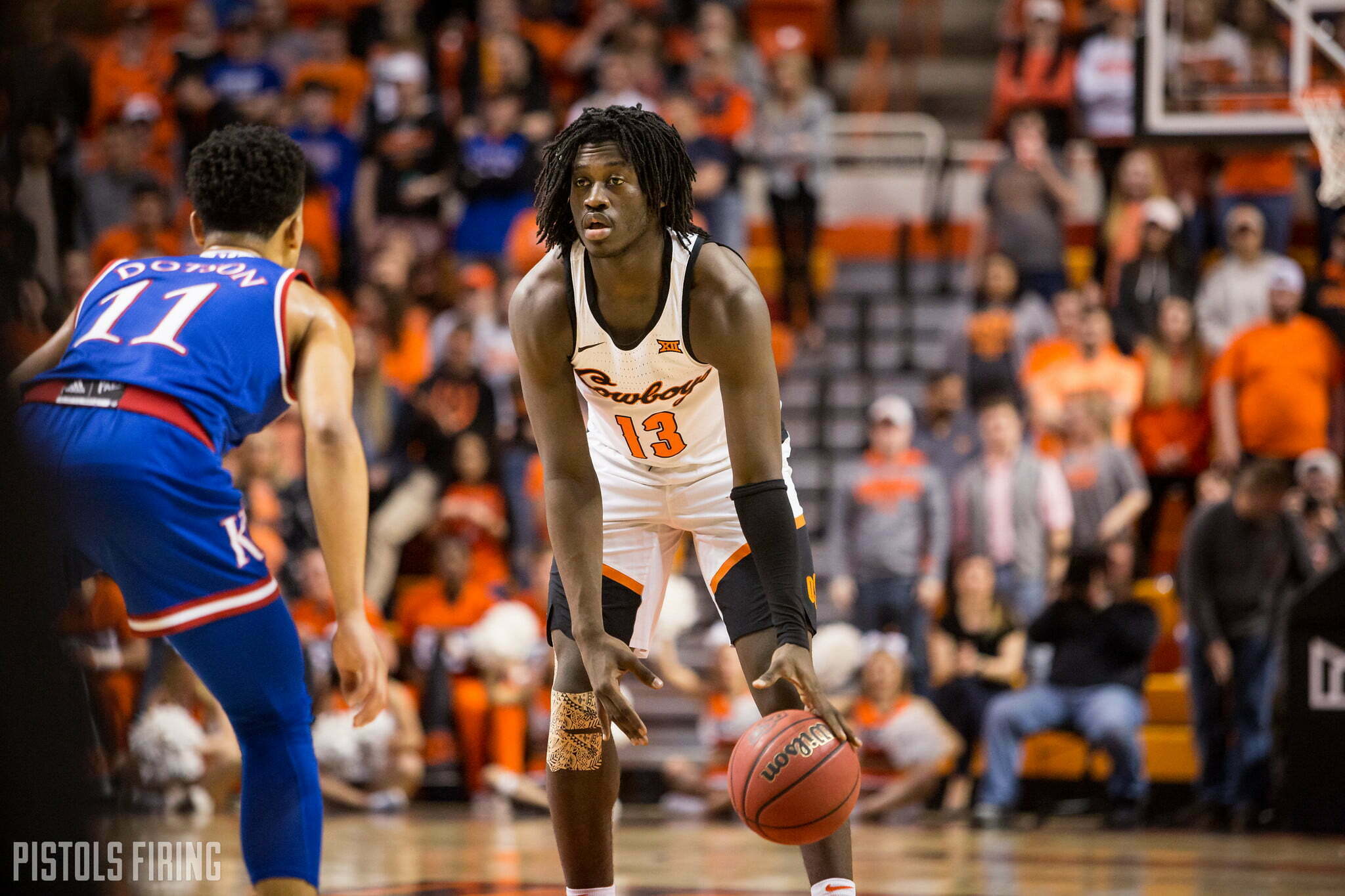 Oklahoma State trailed from tip to termination on Big Monday, falling to Kansas at home 65-50. Aside from an eight-minute stretch to end the first half, the Cowboys were outmatched by a shorthanded Jayhawks squad with seven scholarship players, while its best to found themselves in foul trouble.

Let’s take a look at the Pokes’ seventh Big 12 loss in as many tries by the numbers that mattered most, as ugly as they are.

Braun stepped up big time in his first career start. When Udoka Azubuike and Devon Dotson each picked up a couple of first half fouls, the true freshman provided with scoring punch, draining four 3-pointers and grabbing a career-high nine rebounds. I might still be stuck in the moment, but Mike Boytnon would have loved to have a Christian Braun waiting on his bench.

This was the first game this season that Azubuike was held to less than nine points that the Jayhawks won. His other three account for all KU losses on the year. Add in the fact that he and leading scorer Devon Dotson spent a good chunk of time on the bench, especially early — while KU was already shorthanded — tell the story of an OSU squad that didn’t capitalize on its opportunities. Or worse yet, was unable to.

The 55.1-percent field goal percentage and 22 assists (both season highs) against Texas A&M were a distant memory two days later. The Cowboys shot a season-low 28 percent from the field, an abysmal 11 percent from 3 and only managed nine assists.

Aside from McGriff, the Cowboys’ other top 5 scorers, Lindy Waters, Isaac Likekele, Yor Anei and Thomas Dziagwa combined to go just 7-of-29 from the field and 0-of-8 from 3. This team doesn’t look equipped to take advantage of these type of opportunities.

• Cameron McGriff led the Cowboys in scoring and nearly finished with a double-double with 18 points and eight rebounds.

• McGriff has started 65 consecutive games for the Cowboys, which is the 37th longest active streak in college basketball. Only Texas’ Matt Coleman and TCU’s Desmond Bane have longer starting streaks in the Big 12.

• Yor Anei has blocked a shot in 45 of his 52 career games. Anei finished with one block tonight.

• OSU has made at least one 3-point shot in 635 consecutive games dating back to Jan. 13, 2001, which is the 24th longest current streak in college basketball.

• Oklahoma State is 27-8 when holding its opponent under 40 percent shooting under Boynton.

• Oklahoma State’s all-time record against Kansas is now 59-116, but the Cowboys have won four of the last seven meetings in Stillwater.

• The Cowboys edged the Jayhawks in rebounds 41-40 on Monday night.

• OSU finished with a 24-16 advantage in points in the paint tonight.

• Oklahoma State’s all-time record against members of the Big 12 Conference 453-527.

• The last time Oklahoma State had a losing streak of seven or more games was during the 2013-14 season. OSU lost seven games before snapping the streak, beating Texas Tech in Stillwater, 84-62.