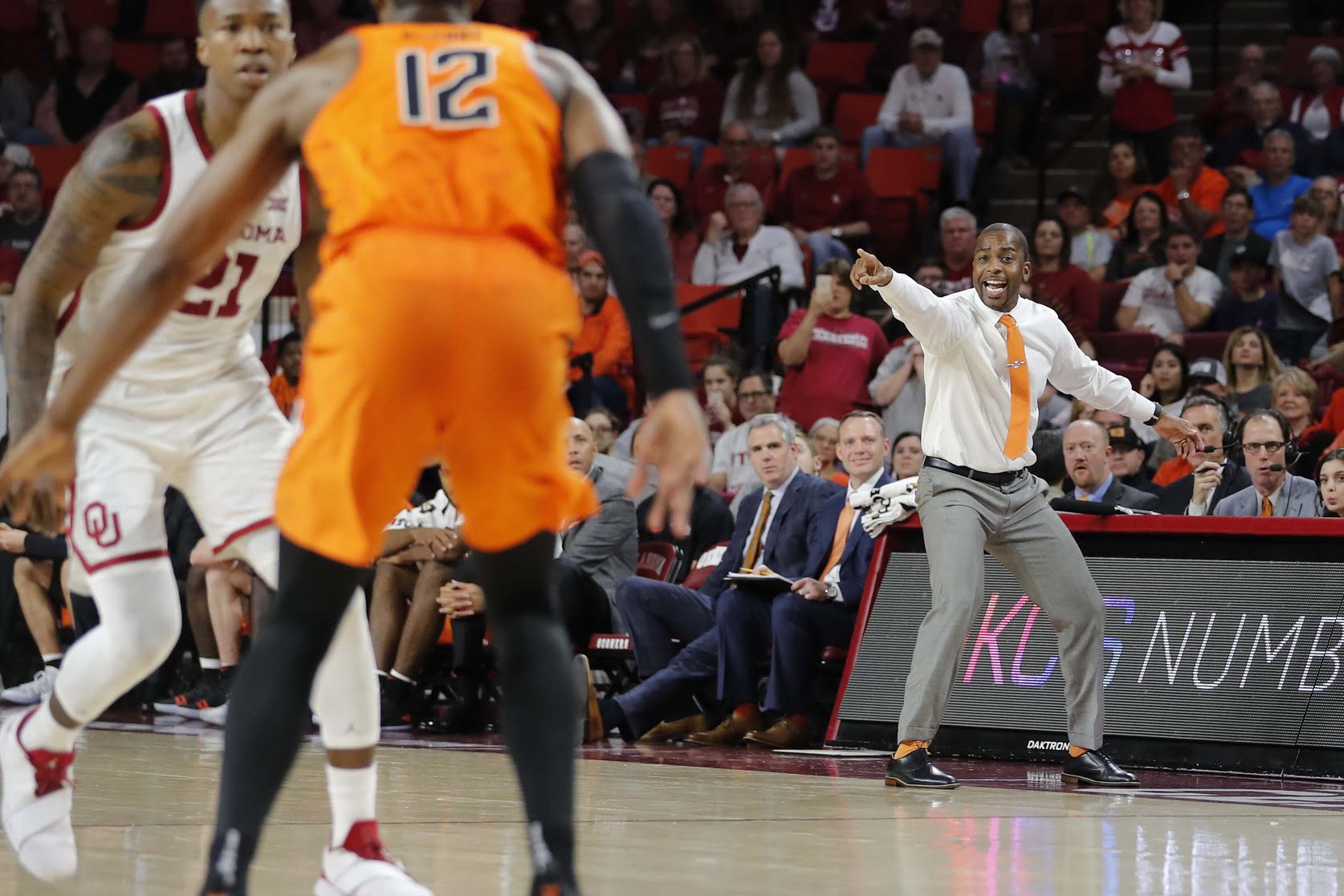 NORMAN — In one of the uglier games of this millennium, Oklahoma won the first round of Bedlam 74-64 on Saturday in the Lloyd Noble Center.

Thomas Dziagwa led the Cowboys with 16 points, including four made 3-pointers. Michael Weathers got in early after Isaac Likekele got into foul trouble. Even after Likekele was out of foul trouble, Weathers stayed in. He finished with 13 points, seven rebounds and six assists in 34 minutes.

The first half was ugly and lasted forever. Twenty-seven combined personal fouls were handed out, which saw Oklahoma shoot 22 first-half free throws. The Cowboys shot 13. The teams were also a combined 9-for-24 in layup attempts in the first half.

Those players sitting put more on the backs of Weathers and Maurice Calloo. Weathers led the Cowboys in points (eight), rebounds (five) and assists (two) in the first half, but he was a gross 1-for-5 from the field. Calloo scored seven points in the first half to go with four rebounds. Calloo was also a team-high plus-six at the break.

The Cowboys host Texas on Tuesday.