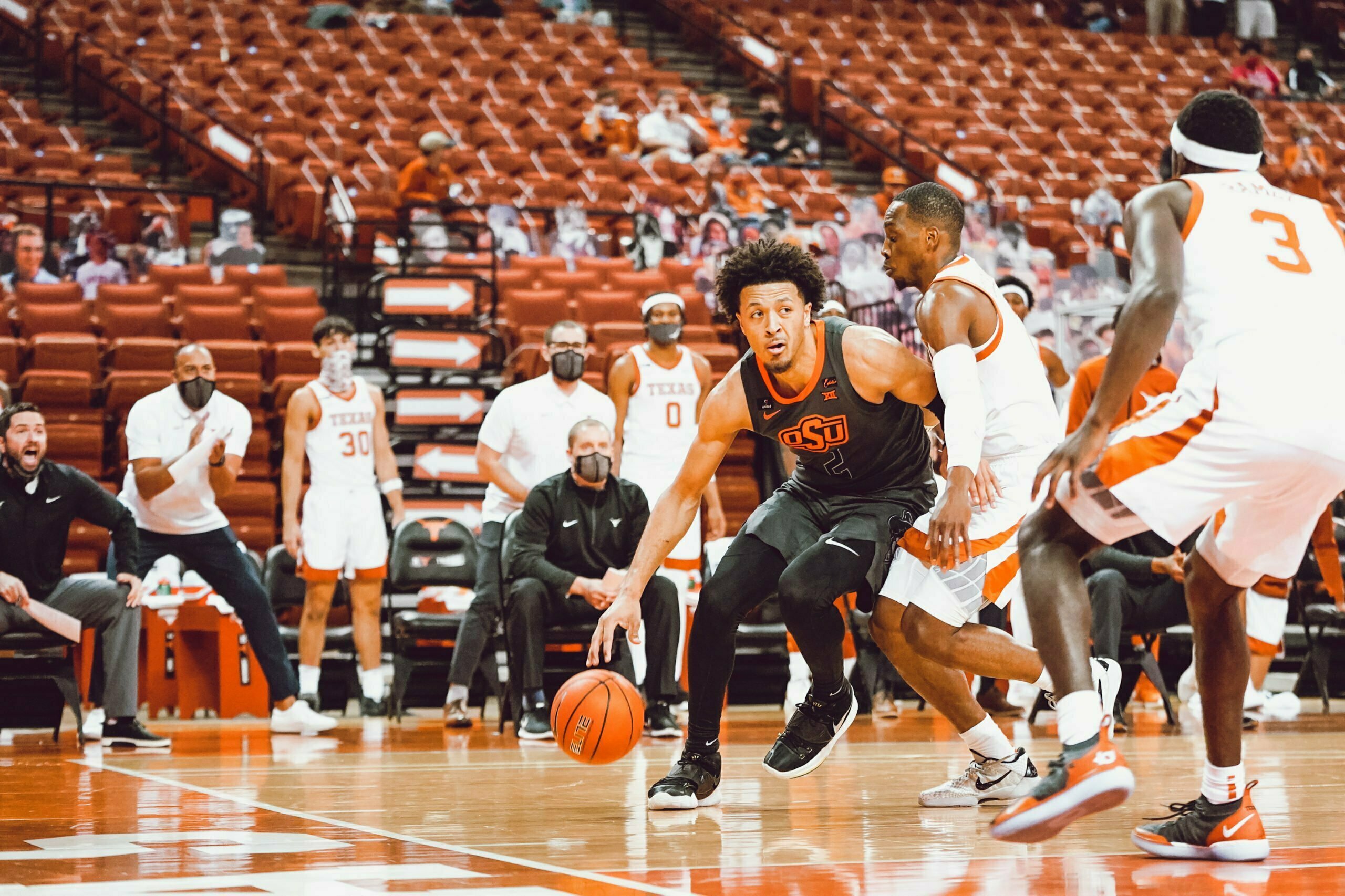 After scrapping to a halftime lead, the Cowboys totally fell apart to start the second half, and it made their comeback attempt impossible.

Oklahoma State fell to Texas 77-74 on Sunday in Austin thanks to a debilitating run for the Horns to start the second half.

Early in the second-half, Texas went on a 17-0 run. Five-star freshman Greg Brown scored eight points on that run. Brown, an AAU teammate of Cade Cunningham and Rondel Walker, finished with career-high 24 points and 14 rebounds.

The Cowboys were able to stabilize after that gaudy Texas run, but it was too little, too late. Cunningham went into takeover mode again late, scoring 13 of OSU’s final 21 points. The No. 1 player in the 2020 recruiting class finished with 25 points, three rebounds but six turnovers.

Texas led by as many as 13 in the second half, but the Pokes crawled back in late because of Cunningham. The Pokes also struggled again Sunday from 3-point range, but Bryce Williams was able to hit a pair of triples in the final 21 seconds to give OSU a shot at the end, but UT was able to drain clutch free throws.

The Cowboys were unable to keep No. 11 UT off the offensive glass. The Longhorns ripped down 15 offensive boards and had 18 second-chance points.

To go with their struggles on the boards, the Cowboys also didn’t shoot particularly well, again. OSU finished 5-for-17 from 3-point range. It’s the sixth time this year OSU has shot below 30 percent from 3 in a game.

The first half played more like a high-level street ball game in that both teams were going at each other, but it was quite sloppy. There were 15 combined turnovers in the first half, and Texas scored 12 of their first-half points off offensive rebounds. But the Pokes took a 34-29 lead into the locker room thanks to scoring 26 points in the paint.

OSU is off until the new year. The Cowboys’ next game will be against Texas Tech in Lubbock.