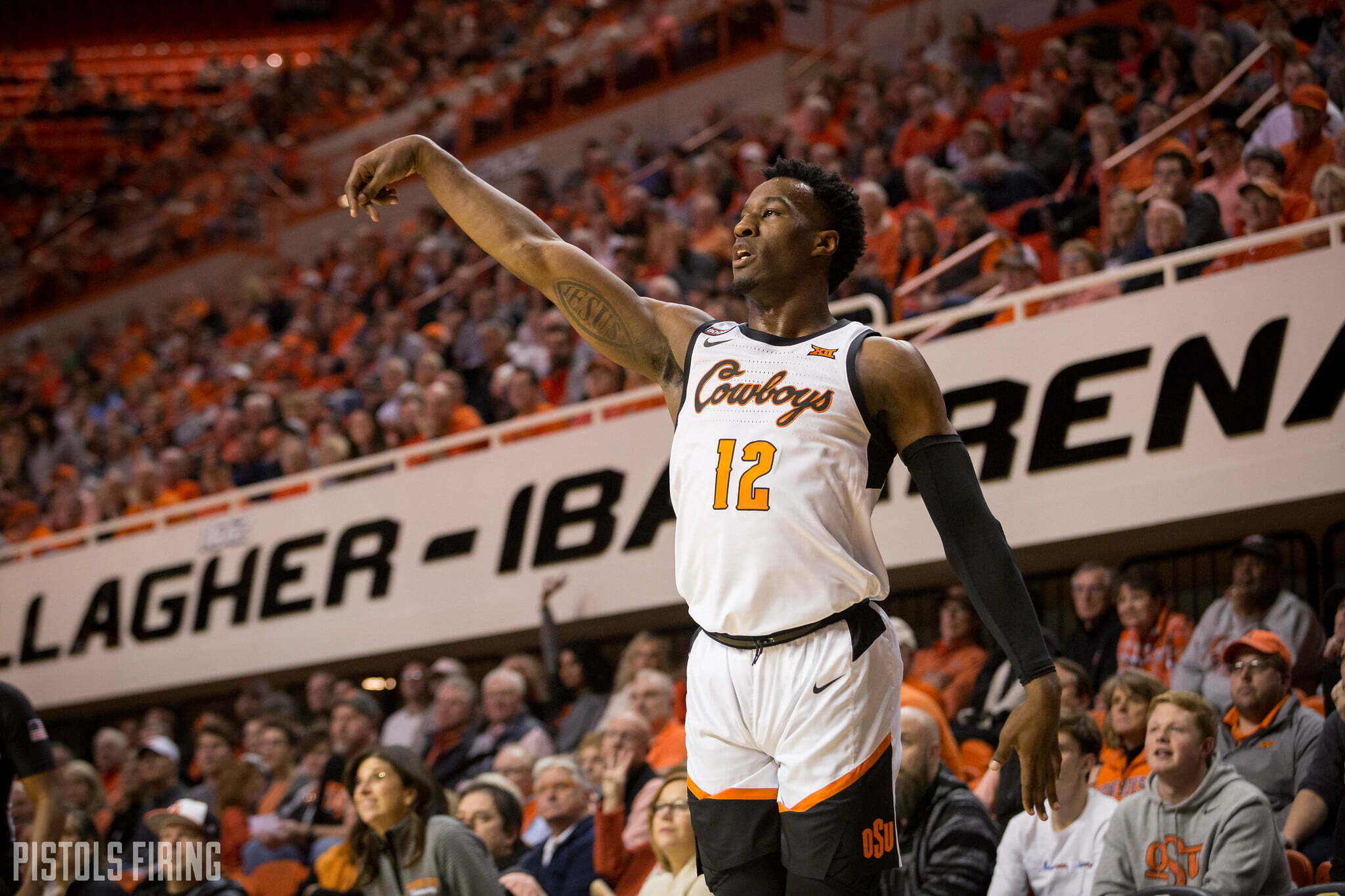 STILLWATER — The offensive deficiencies that plagued the Cowboys at the start of their Big 12 season returned Monday night.

Oklahoma State fell to Kansas 65-50 in Gallagher-Iba Arena after the Cowboys shot a woeful 28 percent from the field, the worst offensive outing OSU has had this season. The loss drops the Cowboys to 0-7 in Big 12 play, OSU’s worst start in conference play since the turn or the century.

“If we’re going to feel sorry for ourselves, we may as well just call it in,” OSU coach Mike Boynton said. “I don’t think anybody’s going to try to help us beat them. Get over it. Get over it. If you don’t have confidence, work harder. Nobody cares.”

The only fight the Cowboys put up came with about eight minutes to go in the first half. Lindy Waters hit a jumper with 7:38 left in the frame that cut Kansas’ lead to 24-9. It was the start of a 15-0 surge. The run included seven points from Cameron McGriff and four points from Isaac Likekele. But despite Kansas going on a five-minute scoring drought, the Cowboys still failed to take a lead.

Regardless, the Cowboys took momentum into the locker room, trailing 29-24 at the half despite shooting  just 27 percent from the field in the opening 20 minutes.

“That’s where the head-scratching comes in for me because we did play with some confidence and some aggression,” Boynton said. “We made some courageous drives and attacked. That’s all we talked about for the last 24 hours preparing for this game was that’s how you gotta play. How we weren’t able to do it for a full game, I’m not really sure, but that’s all that happened.”

OSU left that momentum somewhere in the locker room, though, as Kansas ripped off a 13-0 run early in the second half and from there, it was never a contest.

It wasn’t even Kansas’ usual suspects that were dominating the Pokes. Christian Braun entered the game averaging just 4.7 points a contest, and he dropped 16 points against OSU’s 2-3 zone thanks to four 3-point makes.

OSU actually held Kansas center Udoka Azubuike to no points and three rebounds in the first half before he finished with six points in 28 minutes.

McGriff was without a doubt OSU’s player of the game. The Cowboys’ senior power forward had 18 points and eight rebounds. Shooting 43 percent from the field, McGriff was the only Cowboy above 37 percent.

The Cowboys travel to Norman for a Bedlam matchup with Oklahoma on Saturday.

“We just gotta find it within ourselves,” McGriff said. “We gotta make this happen ourselves. At the end of the day, we can’t come out in the second half and play like the way we did. Period. There’s no way around that. We have to find out among ourselves if this is really what we want to do and take advantage of it, otherwise we won’t have a great time going forward.”