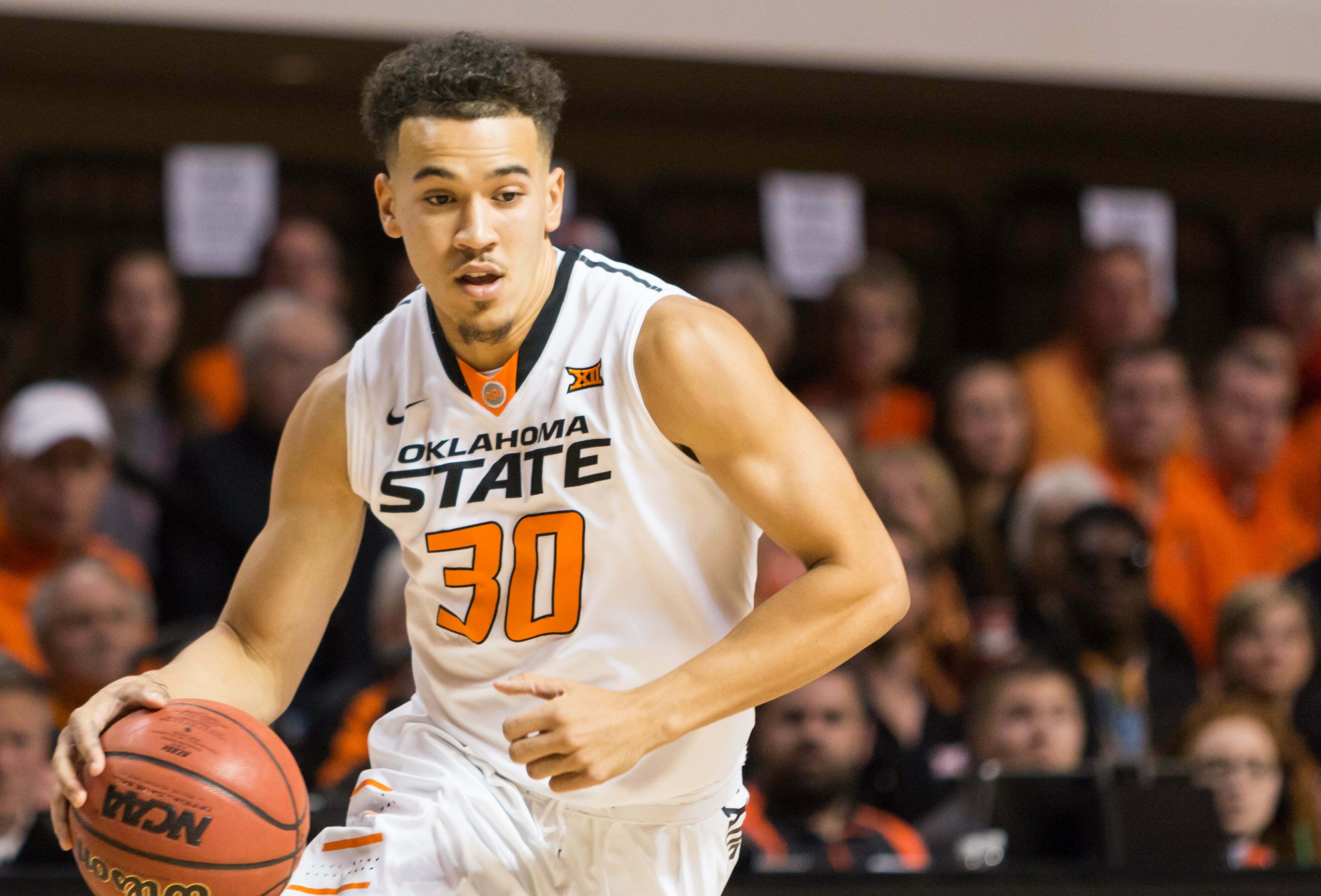 Jawun Evans, Phil Forte, Jeffrey Carroll, Davon Dillard, and Leyton Hammonds all scored in double figures as the Cowboys got back on track on Saturday against an talented but inferior opponent.

In the first half, the Cowboys started off ice cold from the field, falling behind  23-18. However, the Cowboys ripped off a 20-2 run and took a 38-33 lead into the half thanks to a suffocating defense and Jawun Evans doing things like this-

In the second half, the Cowboys continued to pour on the threes on offensive and the pressure defensively against the struggling Longhorn offense (46 percent from the field).

Yet again, Davon Dillard put on a ridiculous show of athleticism in the midst of a 15-point and 8-rebound effort.

Texas also showed why they’ve stumbled to 9th place in the Big 12 a year after Shaka Smart had the Longhorns in the NCAA Tournament in his first year.

The talent, size, and athleticism is clearly there for the young ‘Horns, but their guards never looked comfortable, turning it over 13 times. The Longhorns also shot just 17 percent from 3, compared to 52 percent from the Cowboys. This is just the sixth game on the season OSU has shot 50 percent or better from deep.

Despite not getting to the line much (OSU was just 6-8 from the charity stripe), OSU was far more efficient with its possessions (1.2 PPP vs. 1.0 for Texas). OSU took more shots and hit more of them, too. Also the Horns were ghastly with their free throws (9-18).

The Cowboys have moved up into a tie with Kansas State for sixth place in the Big 12, with a matchup with TCU in Fort Worth on Wednesday night at 8 p.m. to bump up to 5th place in the conference.