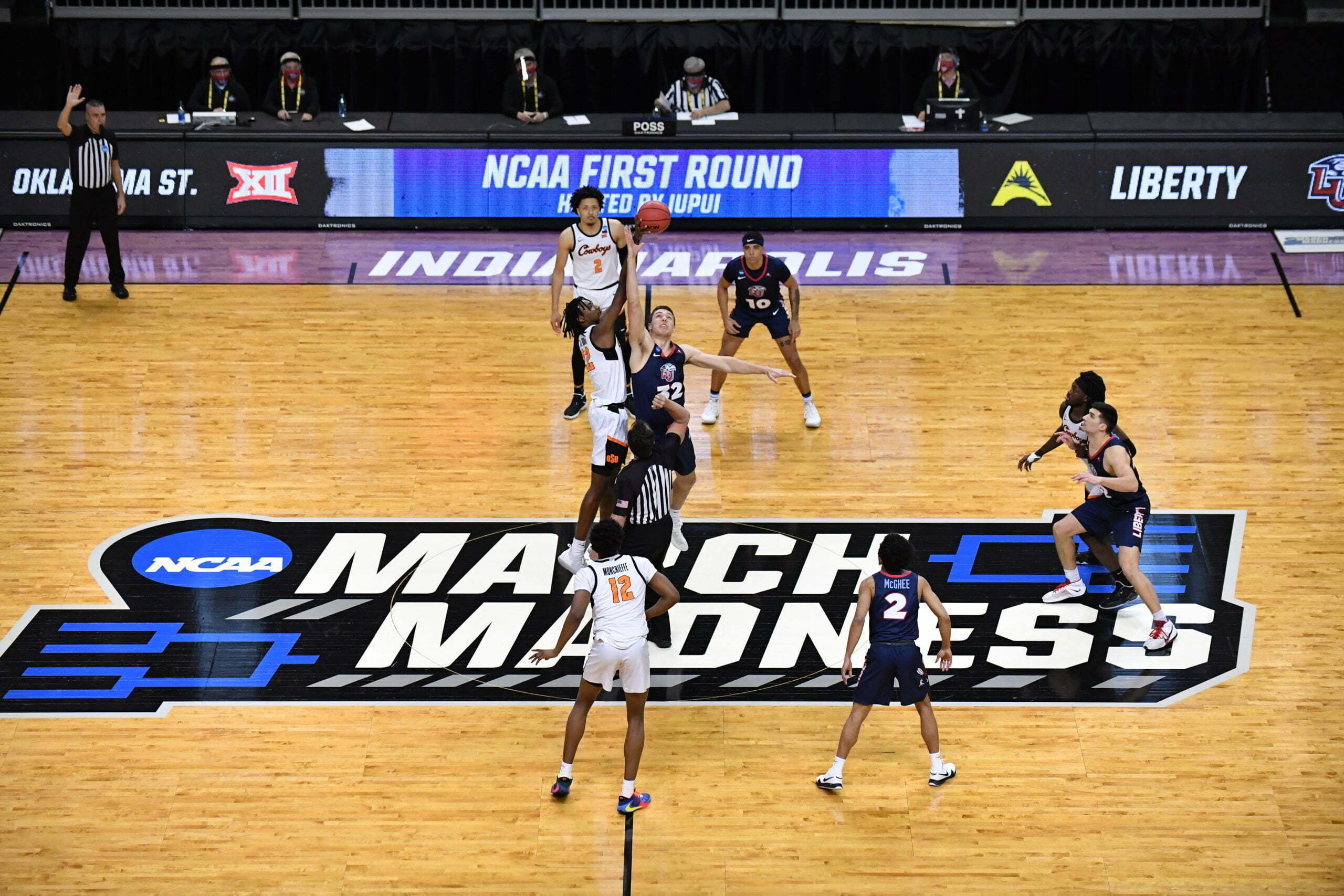 Oklahoma State out-uglied and out-ran Liberty to a 69-60 win in the first round of the NCAA Tournament.

Avery Anderson led all scorers, pouring in 21 points on 13 shots while the Cade Cunningham struggled from the field. Anderson also grabbed seven rebounds and four steals and blocked a shot. I couldn’t find a column for deflections but my best guess is somewhere north of a dozen.

The Cowboys hadn’t won an NCAA Tournament game in six tries dating back to 2009. They were able to avoid No. 7, but the Pokes were anything but lucky.

But the Pokes’ defense was stingy all night and then clamped down late, making one of the most careful teams look careless. Liberty averaged just 10 turnovers per game coming in but finished with 18 that turned into 18 OSU points.

Cade Cunningham went 0-for-5 from the field in the first half, missing his first three 3-point attempts and finished just 3-of-14 (a career-worst 21.4 percent) on the night and 1-of-6 from 3.

Cade didn’t see his first ball go through the hoop until the 6:26 mark in the first half when he split his first two free-throw attempts. Moments later, he picked up his second foul and went to the bench for the period with 1 point and three turnovers.

Cunningham finished with 15 points and five rebounds and made a couple of huge shots late and was his normal frigid self from the free-throw line late down the stretch.

As he’s shown in the past, Avery Anderson was able to pick up the slack for Cade, especially early. No. 0 was the Cowboys’ offense in the first half, pouring in 14 points on 6-of-9 shooting. But made his impact felt on both sides of the court.

The Flames started hot from the perimeter, knocking down five of their 11 3-point attempts in the first half while the Cowboys missed their first seven deep shots and went to the break 1-for-8.

One minute into the second, Isaac Likekele drew a foul on Liberty’s most lethal scorer Darius McGhee. That and pestering perimeter defense of the Pokes limited him to 12 point on 13 attempts.

The Cowboys did their utmost to bother Liberty’s guards and funnel the Flames offense through big man Blake Preston. It worked pretty well. Preston finished 4-of011 from the field and committed three turnovers.

The Cowboys defensive only cranked up in the second half, and once a few shots started falling, the Cowboys were able to take control of the game. The Cowboys didn’t exactly explode on that end of the floor but it was enough to blow out the Flames.

The Cowboys led by nine with just under six minutes remaining but the Flames were able to pull with 60-56 with three minutes to go but despite his rough night from the field, Mike Boynton put the ball in the hands of his best player.

Cunningham went just 6-for-6 from the charity stripe and hit this big 3 all in the final three minutes to ensure that he’d get another chance to shine in March.

Moving forward OSU will need to shoot better from the field and the stripe. The Pokes shot 40 percent on field goals and Cowboys not named Cade went just 13-of-21 from the free-throw line. But a win in March is a win in March.

The Cowboys will face Oregon State, fresh off of the Beavers’ upset of 5-seeded Tennessee.