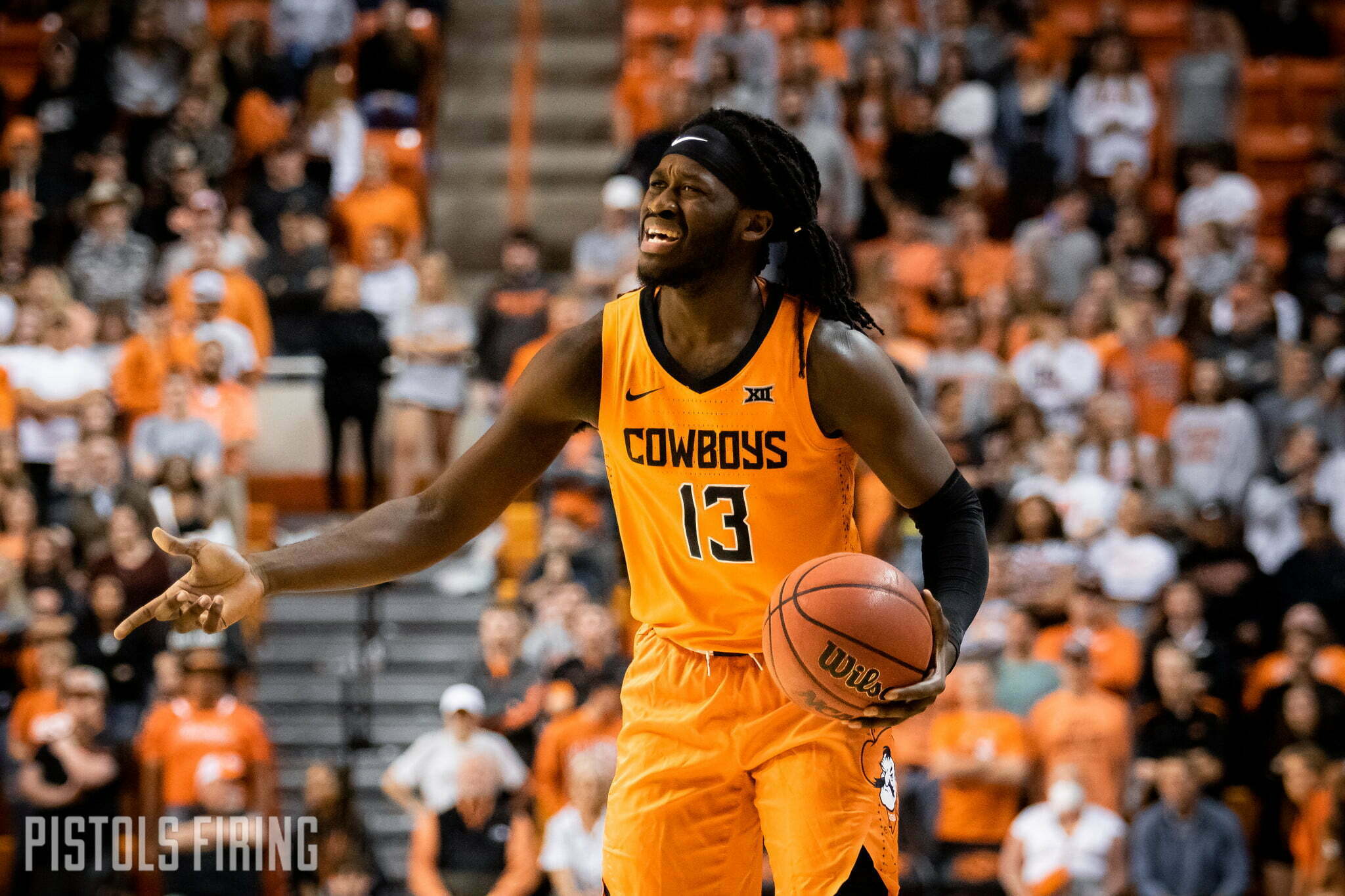 Coming into Wednesday night, no Big 12 team was below .500. Now Oklahoma State is the only one.

The Cowboys (10-11, 3-6 Big 12) dropped a heartbreaker in Manhattan thanks to a dramatic finish, falling 71-68 to Kansas State. The Wildcats (11-10, 3-6) didn’t lead for most of the second half but went out winners thanks to a game-winning deep ball from their leading scorer.

The two squads came in as the only two in the conference at .500 and each riding three-game skids. Something had to give, but it was a hard-fought battle both ways.

This was just the second Big 12 game in which three Cowboys scored in double digits and first since their 57-56 win against TCU on Jan. 19. And one of those three was Bryce Williams, who rolled his ankle and hasn’t returned.

Bryce Thompson has scored in double figures in six of the last seven games and led the Cowboys with a career-high 22 points on 14 shots. It’s the third time he’s extended his best scoring output in the last three weeks. Rondel Walker turned in a season-best 18, shooting 4-of-11 from 3, and Keylan Boone scored 13, with 11 of those coming in the first half.

The first half showed just how even those two teams were, as neither led by more than two possessions until the final 24 seconds of the period.

Boone and Thompson handled the scoring load early, each scoring in the double digits in the first half and each starting 4-of-7 in the first 20 minutes. Boone did his damage from deep.

And Thompson did his damage from everywhere else.

Not to be outdone, Kansas State’s Nijel Pack ran up a baker’s dozen himself in the first half without missing a shot. He scored 10 points during the final four minutes as the Wildcats’ scored 13 straight to finish the period. The home team took a 39-32 lead into intermission.

Oklahoma State tied it at 55 with 10:40 remaining and never trailed again until the game-winner with two seconds remaining. It was an all-out dogfight down the stretch.

OSU had possession, tied at 68, with 58 seconds to go, but Bryce Thompson lost the ball and ended up on the floor with a tie-ball. The possession arrow was pointed toward the Pokes, but that came back to bite them. Thompson had a one-and-one opportunity but missed the front end with 38.4 left. Then, after K-State’s Markquis Nowell’s would-be game-winner rimmed out, there was another tie-ball. This one went to the home team and gave the Cat’s half a court and six seconds to win it.

Pack ran down a long inbounds pass and knocked down a deep 3-pointer to give K-State a 71-68 lead with 2.2 ticks on the clock. After a timeout, the Cowboys inbounded to Avery Anderson for a long heave, but it bounced off the glass.

Pack, the Big 12’s fourth-leading scorer, packed a punch. He finished with 22 of his own, making 4-of-7 3-pointers, including the game-winner. And Mark Smith was a problem in the second half, scoring 14 of his 19 points in the final frame and making some heady plays throughout.

Next up, the Cowboys are back at home for Round 1 of Bedlam at 11 a.m. Saturday.