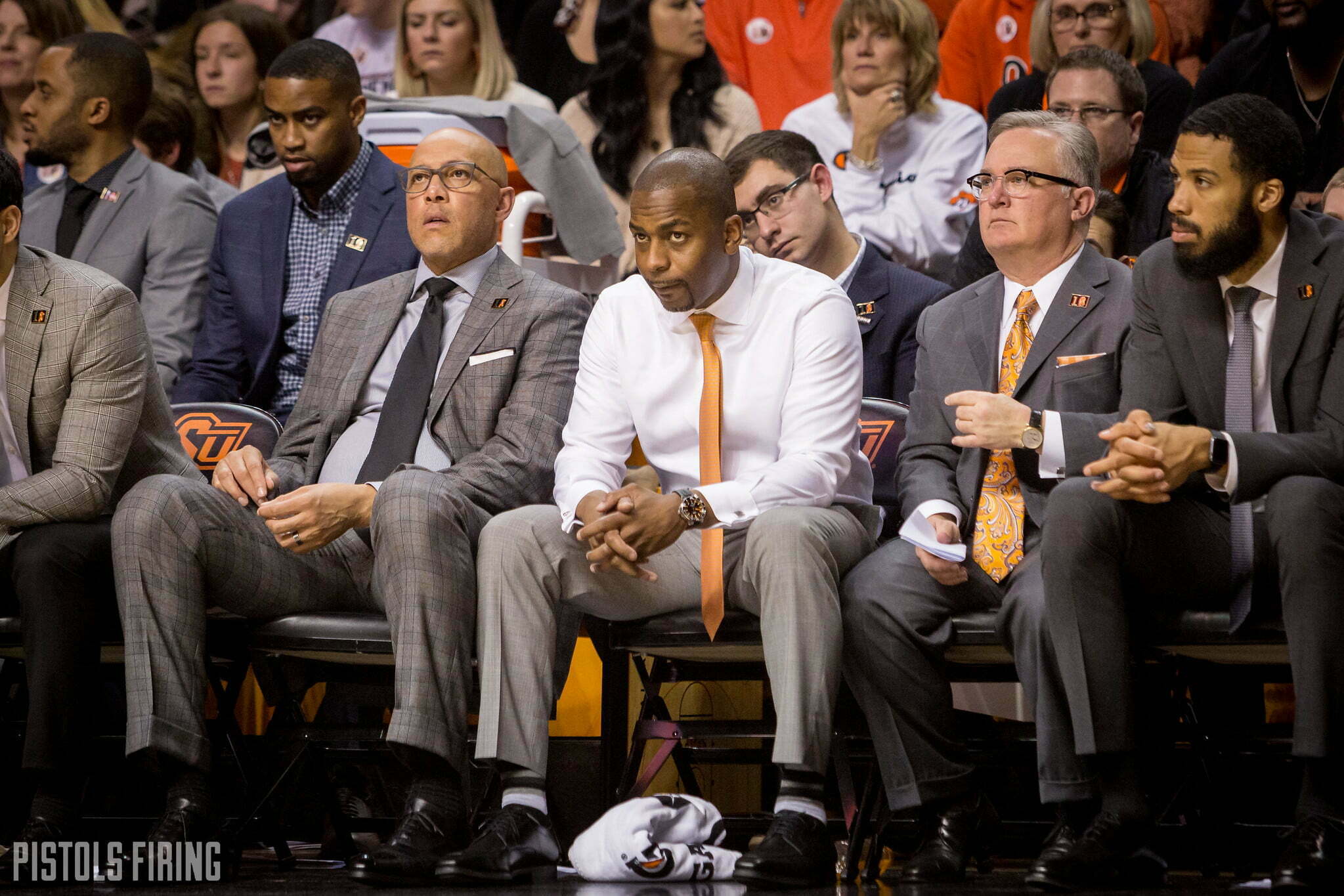 The Jayhawks had no such dip in concentration following their big win in Waco on Saturday.

Kansas smacked Oklahoma State 83-58 in Allen Fieldhouse on Monday off another stat-stuffing performance from Udoka Azubuike. The newly-minted No. 1 Jayhawks’ big man finished with 19 points, 16 rebounds and three blocks.

Azubuike secured a double-double less than two minutes into the second half thanks to a stellar first frame.

Kansas went into the halftime break with a 10-point lead thanks in large part to Azubuike. He had eight points and 11 rebounds at the break. He did so on just three field goal attempts, making two. One of those was a thunderous jam over Yor Anei. Azubuike entered the game as a 42 percent free-throw shooter, but he was of course 4-for-4 in the first half against OSU and finished 7-for-8.

After the break, Kansas had early 20-2 second-half run that put the game well out of reach.

Kansas has one of the best defenses in the country, and OSU’s struggling offense was no match for it. OSU recorded only eight assists on the night with Anei and Kalib Boone, the Cowboys’ centers, having a team-high two apiece.

Lindy Waters made his 100th career start Monday. He is just the 12th player in program history to do so with the most recent being Le’Bryan Nash. Waters finished the night with 11 points.

With as much as OSU’s overall offense struggled, OSU’s young bench particularly had no luck. The Cowboys got 13 points from it’s bench, but most of that came in garbage time in the final four minutes. Before that garbage time all OSU’s bench had to show for it was a Kalib Boone bucket and a Thomas Dziagwa 3.

The Cowboys host a struggling Iowa State team on Saturday in what OSU will use as its senior day. Tip is set for 3 p.m.