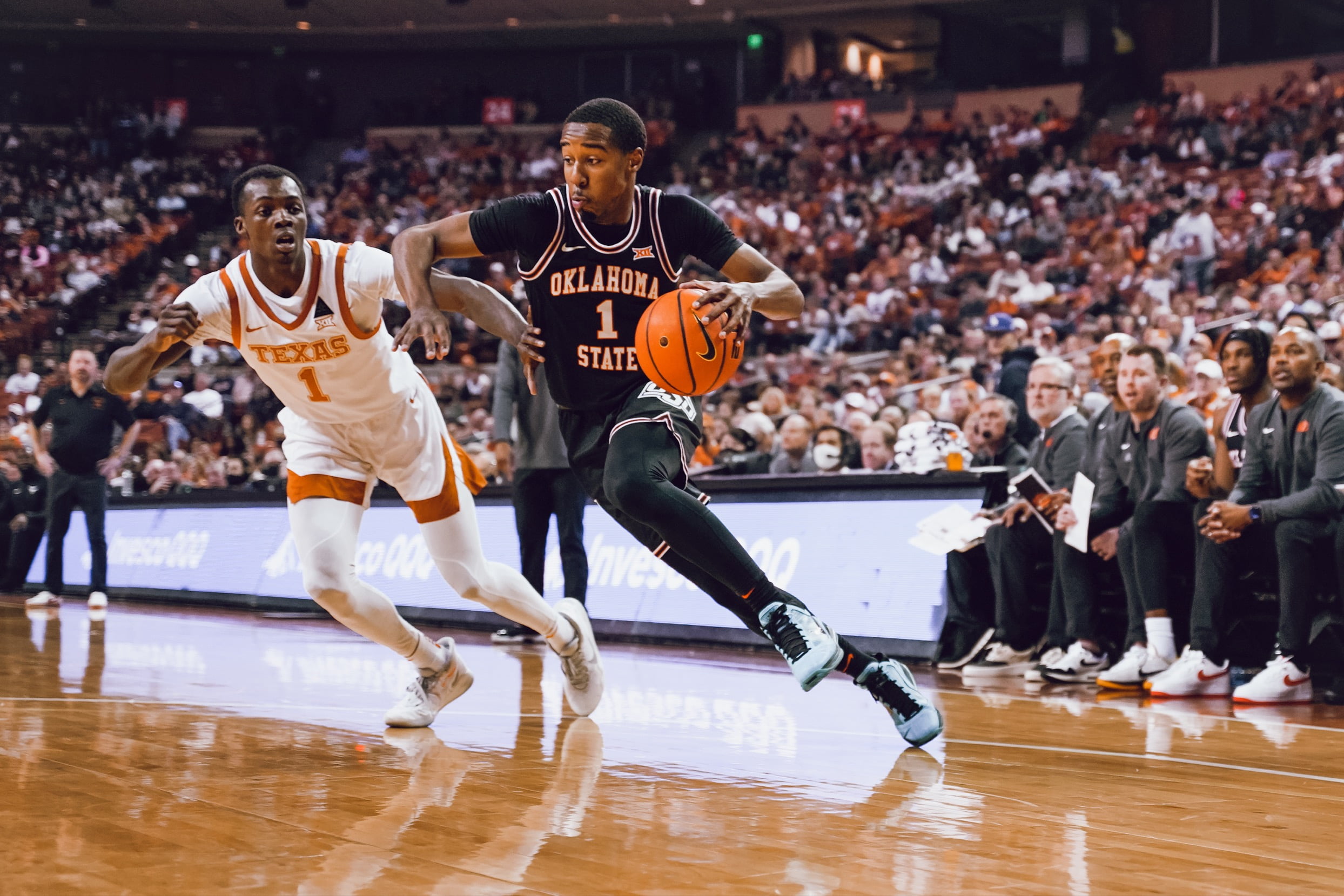 Late-game heroics weren’t quite enough to push the Cowboys to a comeback win on the road. Not this time.

Oklahoma State fell to No. 23 Texas 56-51 despite a stout defensive effort and a career-high 20 points from Bryce Thompson.

This defensive struggle lived up to its billing. The Cowboys (10-8, 3-4 Big 12) came in ranked eighth in adjusted defensive efficiency, according to KenPom, with the Longhorns (14-5, 4-3) ranking 17th. Neither team made things easy on the other, but the Longhorns went on a rare second-half scoring run that was just enough to keep the Cowboys from rallying back.

You could have scripted a stranger start to this game, but it wouldn’t have seemed believable.

Texas rattled off a 13-0 start as the Cowboys missed their first five shots from the field. But any thoughts of the Pokes getting buried quickly got sucked out of the Erwin Center. OSU fought back with its own 16-0 run. Ten of those came thanks to eight early Texas turnovers.

Those wild swings of momentum regressed to the mean. The mean amounted to a couple of stingy defensive units shutting down their counterparts and some pretty ugly basketball. The Cowboys held a 27-25 lead at halftime. The Longhorns had more TOs (10) than made field goals (nine) in the first half and those gaffes turned into 12 OSU points.

The Cowboys are not a good 3-point shooting team and it looks they might be realizing it. OSU went 2-for-9 from deep which marked the second-fewest attempts from 3 under Mike Boynton and fewest since OSU went 2-for-8 against Kansas State two seasons ago.

It was more of the same in the second half, but the Longhorns used an 11-3 run down the stretch to build a 48-39 lead with just under six minutes to go. In a game like this one in which scoring was a premium, nine points felt like an insurmountable deficit.

Seven days prior Thompson scored a career-high 19 points to help the Cowboys topple top-ranked Baylor in Waco. And he looked poised to force a similar result in Austin.

He then hit this stepback to pull the Cowboys within three with 1:23 remaining.

Thompson set a new career best with 20 points on 8-of-18 shooting and added two rebounds, two assists and two steals. Kalib Boone and Tyreek Smith were the next two Cowboys in the scoring department with six points each. Boone also grabbed six boards and blocked two shots. OSU was without leading scorer Bryce Williams who suffered an ankle injury in the win against TCU.

After a Moussa Cisse tip-in to make it 52-49 with 23 seconds left, the Cowboys elected not to foul and watched precious seconds evaporate before finally tagging Courtney Ramey with 11 seconds left. He made both of his free ones, and the Longhorns were able to win the free throw game from there.

Next up, the Cowboys are back home for a 7 p.m. bout with Iowa State on Wednesday.