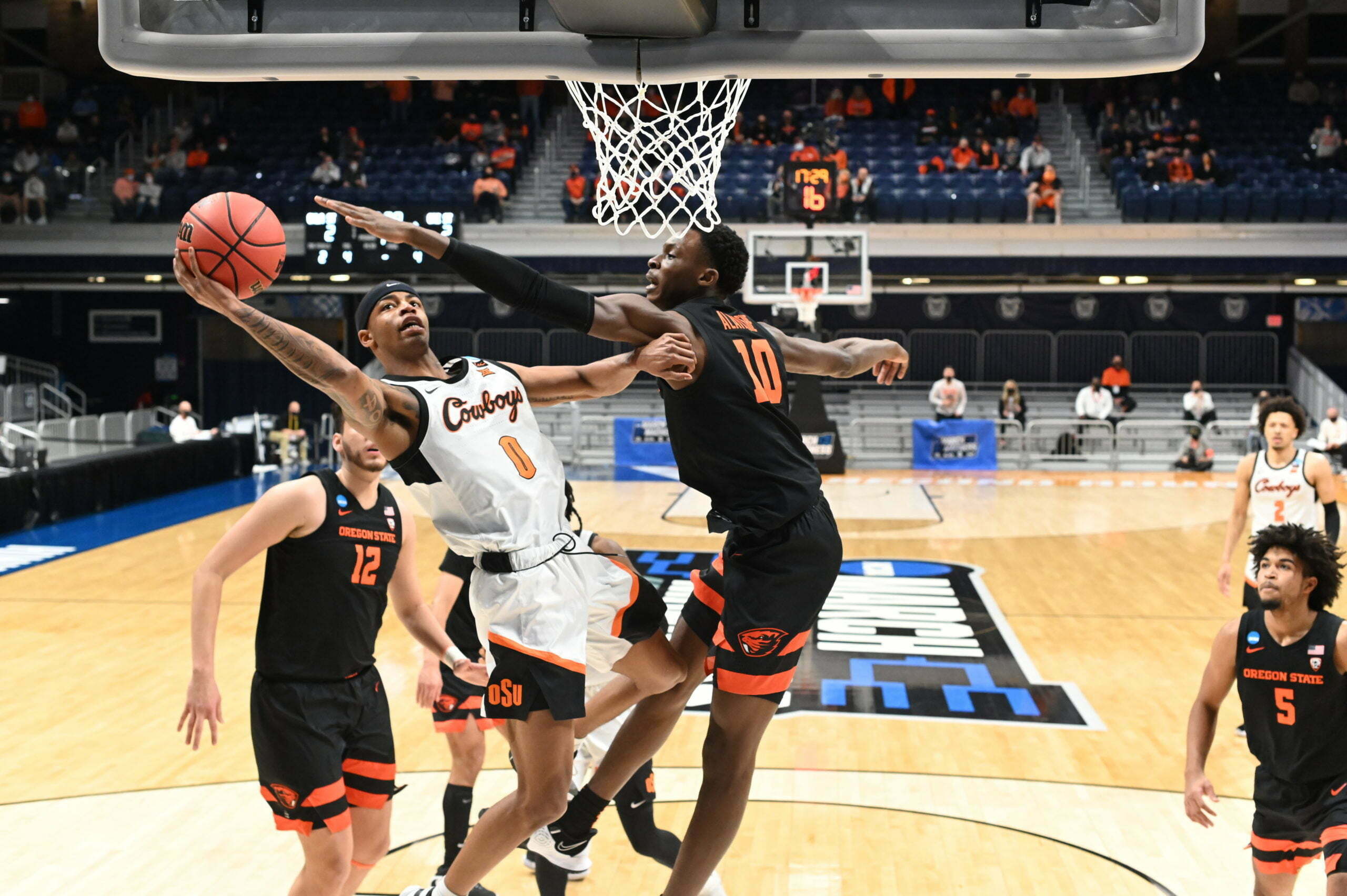 So that’s it. The Cade Cunningham Era ended Sunday, with his Cowboys suffering through their worst shooting night of the season.

Fourth-seeded Oklahoma State fell to 12th seed Oregon State 80-70 in the second-round of the NCAA Tournament. Cunningham scored 24 points but did so on 20 shots.

Oklahoma State made just 28 percent of its field goals and 28 percent of its 3-point attempts. The Cowboys were out-rebounded by 20 and shot just 68 percent from the free-throw line. That’s not a winning strategy in any month, and it will send you home early in March.

One round earlier, Oregon State buried fifth-seeded Tennessee by dropping the Volunteers in an early first-half hole and then shoveling dirt over them in the second. That strategy seemed to be a winning one, so why not try it again?

The Beavers made just one of their first 11 field goal attempts, but then Maurice Calloo entered the game.

The former Cowboy seemed bent on proving himself to his old team. He scored 15 points in the first half while his Beavers took a 14-point lead into intermission. It was the largest halftime deficit Oklahoma State had faced all year and proved insurmountable. Calloo didn’t score again going 0-for-1 from the field in the second half, but his damage was done.

The Cowboys trailed for the final 32 minutes of the game (much of it by double digits), but there was no lack of drama down the stretch.

Cunningham started just 2-of-9 from the field but knocked down a 3-pointer just two and a half minutes into the second to pull his team within 11. And then he made his next deep ball a couple minutes later to pull within eight.

The Cowboys cranked up their defense in the second half. During one stretch OSU forced five quick turnovers and rattled off eight straight points to pull within five.

Each time the Pokes came within striking distance, the Beavers made the necessary plays to pull away.

Bryce Williams made his first shot on his third try and it was a big one. With 4:34 left, Williams dialed up a long ball to pull the Cowboys within six at 67-61. But he fouled out 30 seconds later an and-one play that put the Beavers back up by nine.

Matthew-Alexander Moncrieffe got fouled with 1:56 on the clock and missed both of his free throws. He then fouled out when reaching in on Ethan Thompson on the rebound. Thompson made both of his free ones accounting for a four-point swing that, reversed, would have made it a three-point game with less than two minutes remaining.

Cade was fouled on 3-point attempt with 24 seconds left and made all three free throws but it was, again, too little, too late.