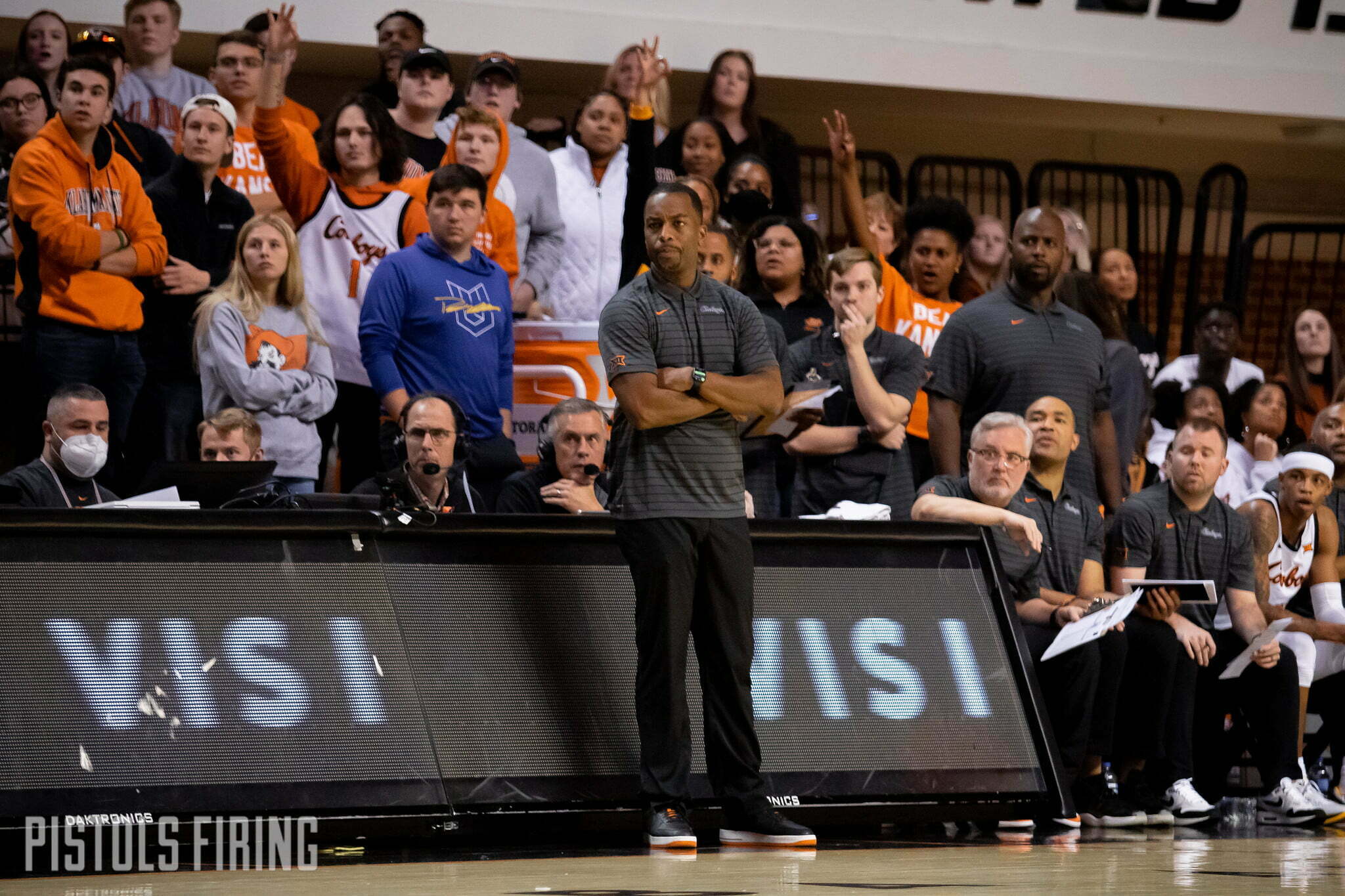 Oklahoma State showed some grit, battling back from a double-digit lead inside a hostile United Supermarkets Arena, but No. 19 Texas Tech was just too much to handle for 40 minutes. The Cowboys fell on the road 78-57. The Red Raiders won’t be No. 19 next week.

The Red Raiders (13-3, 3-1 in Big 12 play) came in off consecutive wins over No. 6 Kansas at home and then No. 1 Baylor in Waco. They brought that excitement from the tip. The Cowboys (8-7, 1-3) took some body blows from Big 12’s top team and were able to battle back. But ultimately, the Cowboys didn’t have enough firepower to hang with the streaky Raiders.

The first half was a roller coaster for both teams. Texas Tech used a 4-of-5 start to build a 10-0 lead. Oklahoma State missed its first six shots from the field.

But the Pokes dug in defensively and fought back. The Red Raiders were forced into their own drought, missing five-straight shots. And then the Cowboys rattle off a 10-0 to pull with a 19-18, eight minutes until halftime. But the home team turned the tables back, knocking down 4-of-5 to finish the first period. OSU went into halftime on a 1-for-7 streak and down 15 points.

The Pokes traded blows with the home team for the start of the second half, before the Red Raiders extended their lead to 18 less than six minutes into the second, and looked ready to run away.

But the Cowboys didn’t quit and even looked like they might grab a little momentum and make things interesting late — but even made shots weren’t falling.

Moussa Cisse’s two-hand dunk with seven minutes remaining would have pulled the Pokes within 12 at 62-50 but — upon further review — officials ruled that an off-ball foul had taken place before Cisse was able to stuff it. The Cowboys never got back within 14 and Tech outscored OSU 16-9 the rest of the way.

OSU is a good defense, but Texas Tech is elite. The Red Raiders are No. 3 in adjusted defensive efficiency per KenPom and Top 15 in both scoring defense and opponent field goal percentage. They held the Cowboys to a season-low 32 percent from the field, forced 15 turnovers and converted those mistakes into 20 points (doubling OSU in that category). If your a road underdog against a red-hot Raider team, that’s not exactly a recipe for success.

Bryce Thompson led OSU with 14 points on 5-of-11 shooting. He also grabbed three boards. Matthew-Alexander Moncrieffe added nine points on 3-of-5 and led the Cowboys with six rebounds. Moussa Cisse was perfect from the field, making all three shots for eight points, grabbed three boards and swatted a nasty block.

The loss moves the Cowboys to 1-3 in Big 12 play. They’ve dropped the first two of a nasty three-game road trip. Next up, the Cowboys finish their gauntlet on Saturday at 4 p.m. in Waco. The Pokes will take on a No. 1 Baylor squad still licking the wounds from its bout with its own bout with the Red Raiders. That was Baylor’s first loss since it faced Cade Cunningham in the Big 12 Tournament.