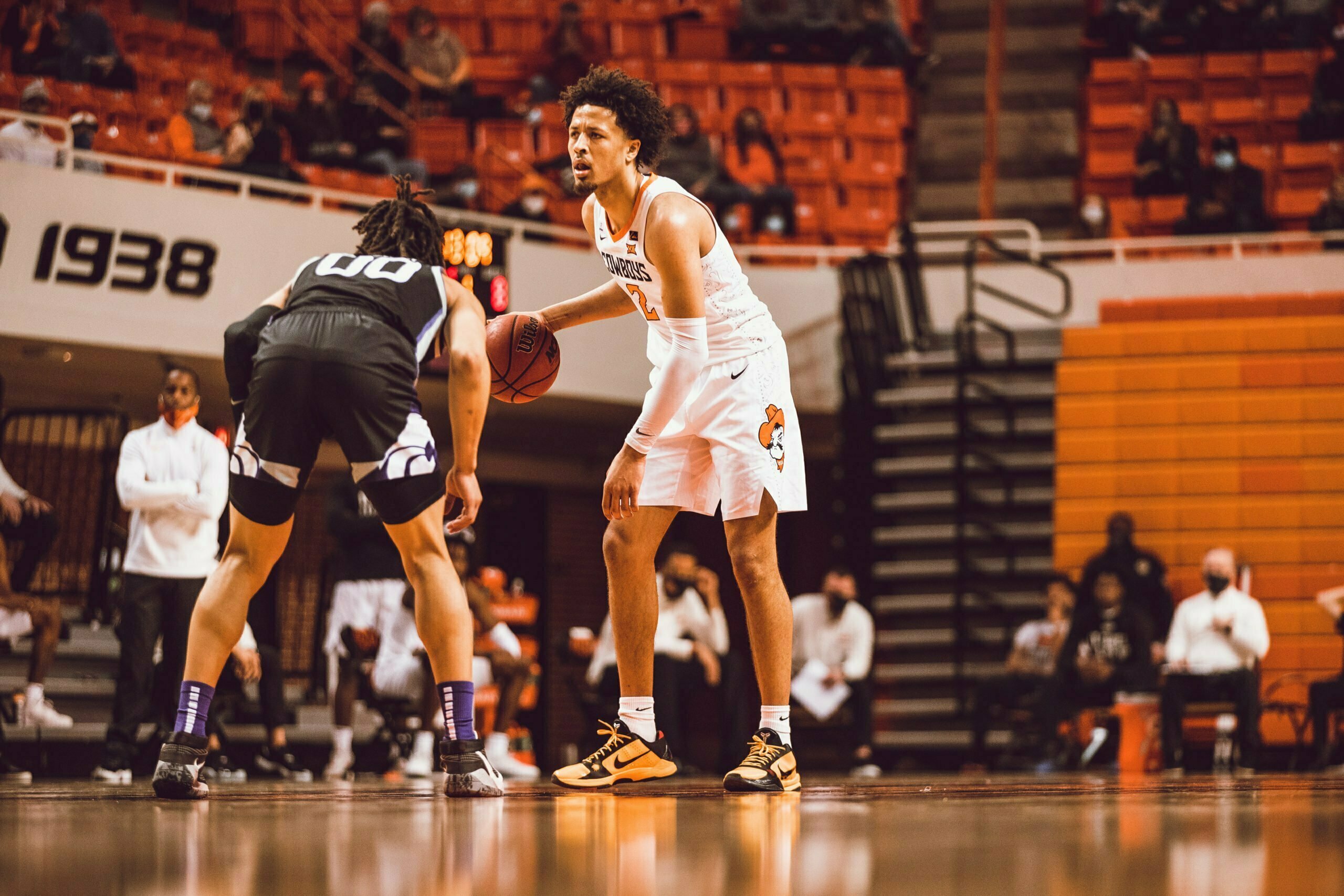 The Cowboys gave their fans an early Valentine’s Day gift, wrapping up 67-60 win over Kansas State, but not without a little bit of drama.

The Cowboys built a 20-point lead early in the second, then watched it vaporize in a matter of minutes. But defense turned into offense — the Cowboys’ best kind — and OSU was able to distance itself down the stretch.

Cade Cunningham, got off to another slow start as his former Team USA U19 coach Bruce Weber made a point to deny him the ball. But he was still able to make plays.

Cade’s first bucket was a doozy.

The slow-starting Cowboys finally did get cooking, using a 10-2 run over five minutes late in the first period to put some distance between themselves and the Wildcats. OSU finished the half outscoring Kansas State 16-5 over the final seven and a half minutes to take a 16-point lead into the half.

The Cowboys went cold as quickly as they got hot.

After a Rondel Walker 3-pointer pushed the Cowboys’ lead to 41-21 early in the second, Kansas State rattled off 16-straight points to cut a 20-point deficit to just four.

The Cowboys finally got back to scoring and did so by forcing turnovers and getting out in transition. An uptick in defensive effort resulted in five-straight made buckets and a little breathing room.

The Cowboys built a 13-point lead with just under five minutes to go when Avery Anderson was whistled for a foul on a Nijel Pack while attempting a 3. Pack made all three, but Cunningham erased them by knocking down his third 3-pointer of the day.

It went like that for the for the remainder as the Pokes kept the Wildcats at arm’s length.

The Big 12’s leading scorer led the way again on Saturday. Cunningham scored 15 on 5-of-13 shooting (3-for-6 from 3). He also grabbed four rebounds and dished out five assists.

The Cowboys host Iowa State on Tuesday at 3 p.m. in a game that was moved up due to inclement weather concerns.