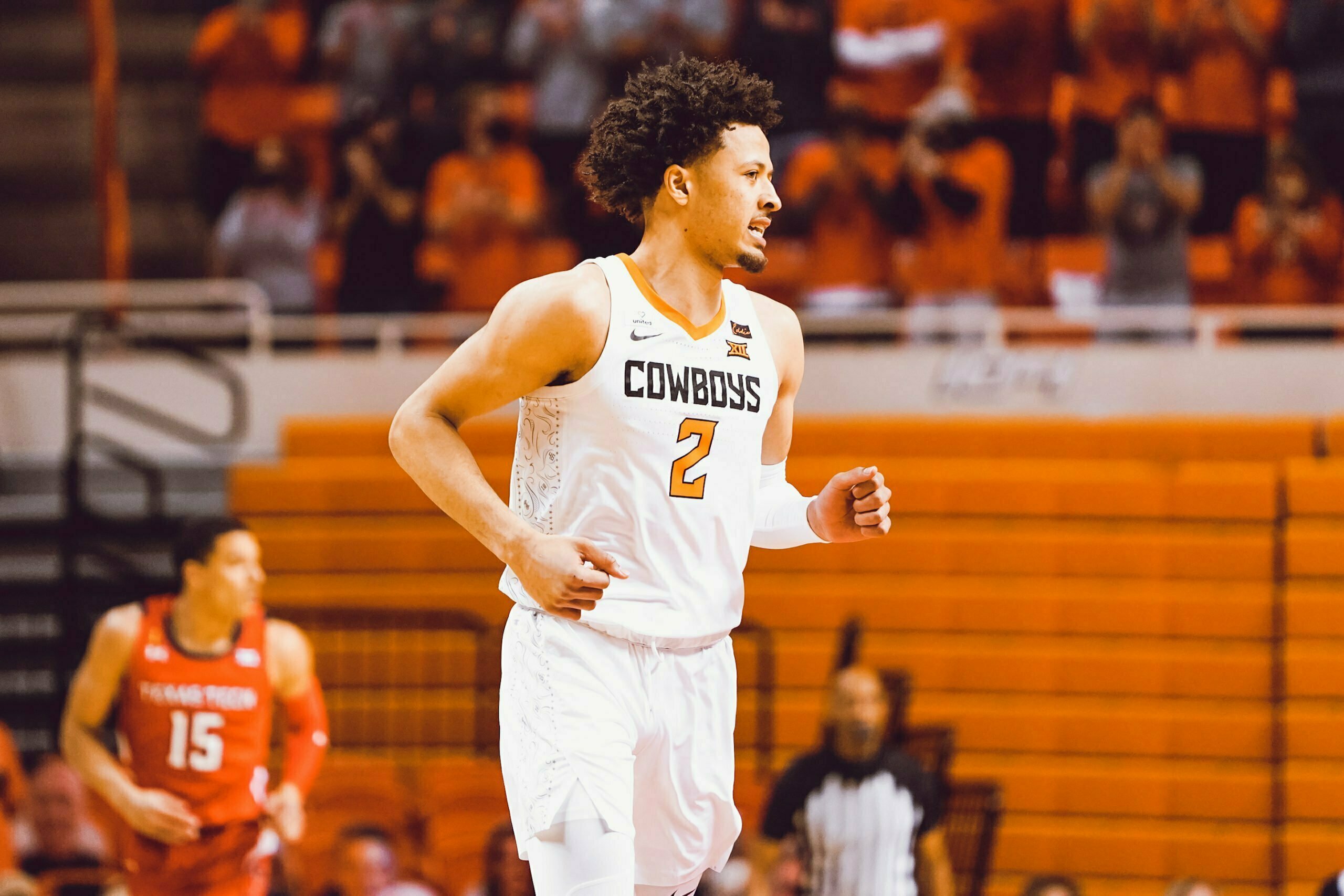 We expected a show when the Red Raiders came to town, and we got one. The two teams scrapping to avoid that undesirable No. 7 seed in the conference tournament both put up a fight on Monday night.

Cade Cunningham scored 20 points in his penultimate game at Gallagher-Iba Arena. He shot 8-of-13 from the field, grabbed five boards and made play after play down the stretch, while nursing four fouls.

The Cowboys and Red Raiders each started off shooting the ball well. Tech shot 48 percent in the first period while OSU knocked down 54 percent of its attempts and trailed 37-36 at the half. As hot as they shot from 2, OSU was only 1-for-5 on 3-pointers before halftime. OSU finished just 2-of-12 from beyond the arc.

Cunningham was whistled for his second and third fouls within a six-second stretch less than two minutes into the second half. Then he picked up his fourth foul on a hook trying to post a defender up less than a minute and a half later and had to sit.

With Cade on the bench, OSU went scoreless for three and a half minutes and watched Tech push its lead to 11. But the Cowboys turned defense into offense, forcing four Tech turnovers and rattling off a 12-0 run to take a 48-47 lead with 10 minutes remaining, all while No. 2 sat on the sideline.

Once Cade emerged on Eddie Sutton Court, the Cowboys were able to push that run to 15-0 and the lead to four.

As both team tussled down the stretch, two of the league’s top scorers took the stage. Texas Tech’s Mac McClung nailed a 3 to put the Red Raiders up two, and then Cunningham answered with a midrange jumper to tie it up at 59 with just under four minutes left.

The Cowboys rattled off a 6-0 run capped by Cade. Then on the next play McClung knocked down a long 2-pointer.

A basket that would have put the Cowboys up two possessions was waved off due to offensive interference, then McClung knocked down another one to tie it up with 1:01 on the clock.

Avery Anderson drew a foul driving to the hoop and knocked down a pair of icy free ones to give OSU a 65-63 lead with 32 seconds left.

McClung had a chance to own the airwaves on SportsCenter when he raised up from deep on a could be game-winner, but he missed iron badly. But an offensive board set up a Kyle Edwards layup to knot it at 65 with two seconds left.

After a tie ball, Rondel Walker had his own shot at hero status, but his 3-pointer clanged off the front of the rim after time expired to send these two teams to overtime for the second time this season.

OSU led the entire five minutes of free hoops but shot just 1-for-4 from the field. Fortunately for the Cowboys, they made seven of their eight free-throw attempts.

Tech had a chance to tie it with a pair of missed 3-pointers with less than 10 seconds, but both were off the mark. OSU recovered it, and Bryce Williams scored his only two points from the free-throw line to give OSU its biggest lead of the night and finish off the Red Raiders 74-69.

Kalib Boone scored 18 points on 10 shots and grabbed seven rebounds and had a block and a steal.

Avery Anderson scored 14 of his 16 points in the second half and had a huge block to save a run out following an OSU turnover late in overtime. After that he came up limping but was able to return to the game.

The Cowboys head to Norman on Saturday afternoon before hosting the Sooners on March 1.