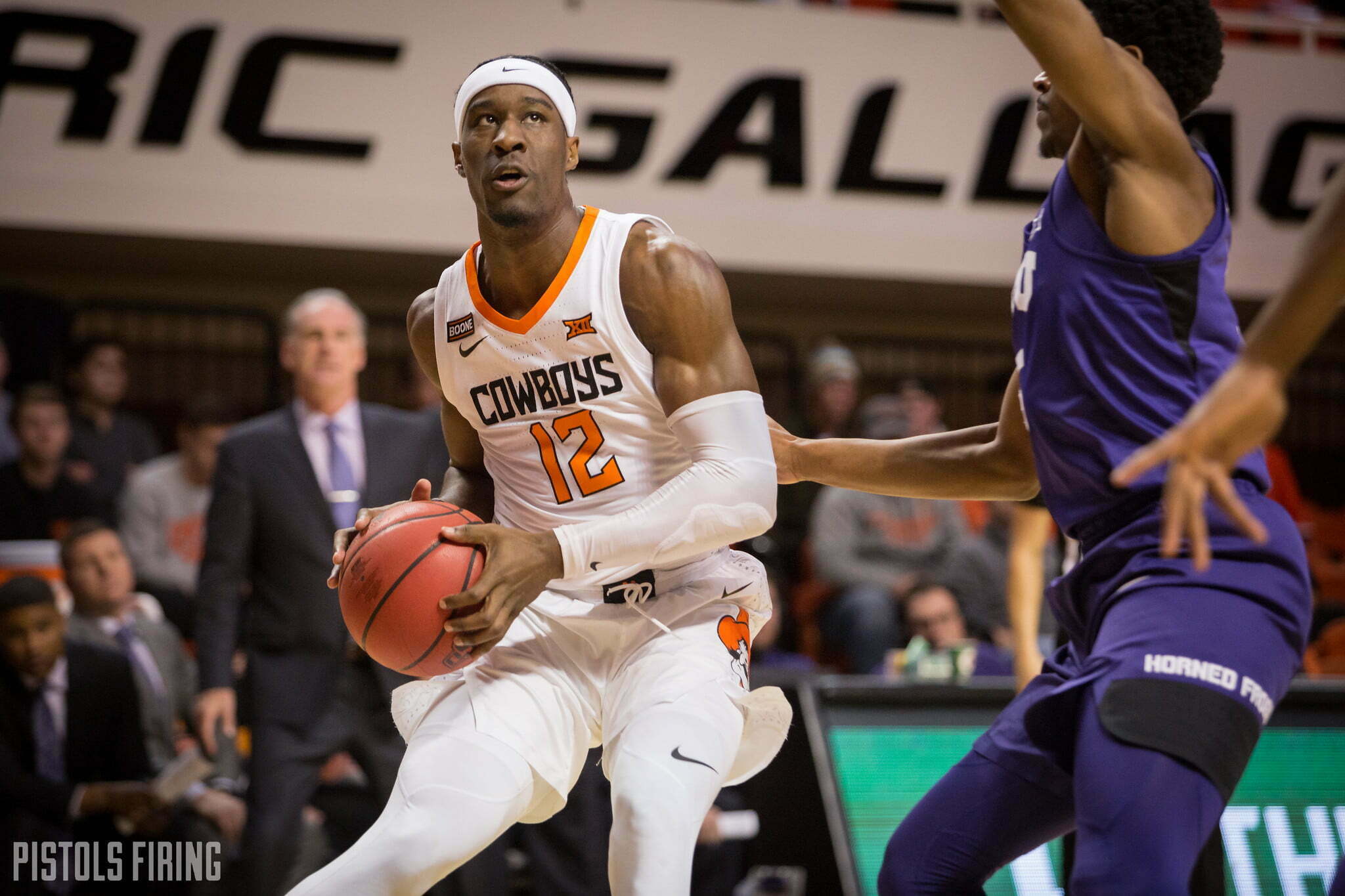 Oklahoma State defeated Kansas State 69-63 on Wednesday night in Gallagher-Iba Arena. The Cowboys were able to pull away late in what was otherwise an ugly game. Despite the prettiness of the victory, it secures that OSU (16-14) finished the regular season with a winning record.

“Big 12 win, hard to come by,” OSU coach Mike Boynton said. “Not a thing of beauty by any means. … I’m proud of our kids. We fought through a pretty tough stretch at some point this year, and they responded like champions and played like it mattered to put on that jersey every day.”

The teams traded fouls for much of the opening 10 minutes of the second half. There seemed to be a break in all the whistle blowing when Cam McGriff hammered down a dunk with 8:48 to go. The play brought the Cowboys to within one of the Wildcats’ free-throw built lead and sparked a 10-0 run for the Pokes that included two Thomas Dziagwa 3-pointers.

With the Cowboys starting to pull away, McGriff threw home another dunk, one that might be the most physically impressive he has pulled off in an OSU uniform.

Despite McGriff breaking physics, he said it wasn’t his favorite dunk as a Cowboy. He threw it back to his freshman season when he did this to some poor Georgetown player:

Speaking of our last game against Georgetown …

The rim at the Lahaina Civic Center is still rattling from this @cameron_mcgriff dunk. #c2e #okstate pic.twitter.com/NWurIsZjAY

Each half had its own form of ugliness. The first half was filled with live-ball turnovers. The Cowboys had 11 total first-half giveaways.

“Officiating is a tricky thing to talk about,” Boynton said. “… I don’t make enough money yet.”

Likekele did it all (good and bad) in the first half. He went into the locker room at the break with four points, seven rebounds, three assists, three steals and three turnovers. Here is a fun sequence that got him a turnover, a rebound and two points within about 10 seconds.

“I felt like I did OK,” Likekele said. “I had way too many turnovers today. I didn’t take care of the ball so well.”

This win is OSU’s fifth in its past seven outings. It’s the Wildcats’ 10th straight loss, having not won since Jan. 29. The Cowboys wrap up the regular season in Austin on Saturday against a heating up Texas team.