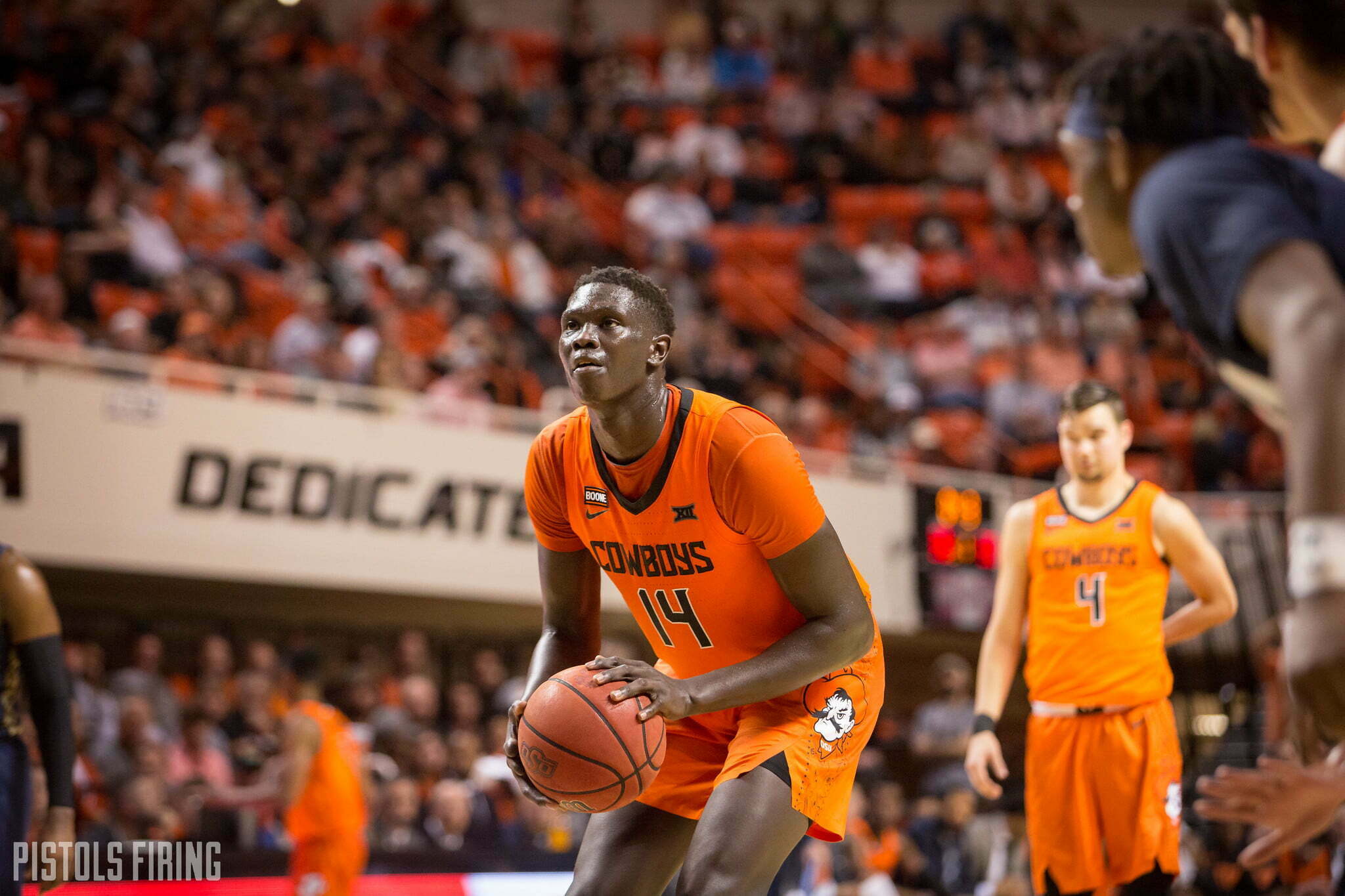 Oklahoma State defeated Kansas State 64-59 in Bramlage Coliseum. It was ugly early but OSU’s defense and rebounding carried it until a late-game offensive surge facilitated a Cowboy win.

It was a defensive slog in the first half, which should be expected when Nos. 9 and 10 in the Big 12 scoring margin and field goal percentage meet.

The Cowboys, particularly, started out ice cold — it took four minutes before their first field goal attempt passed through twine — but in the meantime they played defense and rebounded. Then the shots started falling, at least briefly. A 9-1 run allowed the visiting Pokes to build a 24-18 lead with four minutes until halftime.

Oklahoma State missed its last six field goal attempts of the first half, but Kansas State made just one of its last 11 shots heading into the break. OSU and K-State combined to shoot 17-of-55 from the field in the first half and score just 48 points.

OSU won the first-half battle of the boards 25-18, but by the time the Cowboys had built an 8-point lead with two minutes left, they held a 10-rebound edge over the Wildcats. The bigger factor was OSU’s 10 second-chance points to just two by K-State.

Sometime around the midway point of the second half, Oklahoma State’s offense came alive. After a 9-of-27 first half (1-of-6 from 3), the Cowboys shot 13-of-16 in the second half, and only attempted two 3-pointers. Kansas State would enjoy its own second-half offensive revival but the Cowboys were able to keep the ‘Cats at bay.

Oklahoma State made a point of getting the ball to its big man in the paint, and he paid it off. Yor Anei led the Cowboys with 15 points on six attempts. OSU is now 10-3 this season when Anei takes at least six shots, and he was perfect from the field on Tuesday night. He also grabbed seven rebounds and added a block.

He even took and made his first career 3-pointer.

Yor was feeling it.

In his second game having to wear a mask to protect a broken nose, Waters was uncharacteristically cold from the field, shooting 3-of-10 and missing his first four 3-point attempts. But he made No. 5, a dagger that put the Cowboys up nine with just over two minutes left.

With the win, the Cowboys move to 12-12 (2-9 in Big 12 play) and leapfrog the Wildcats in the league standings. OSU returns home on Saturday to host Texas Tech.