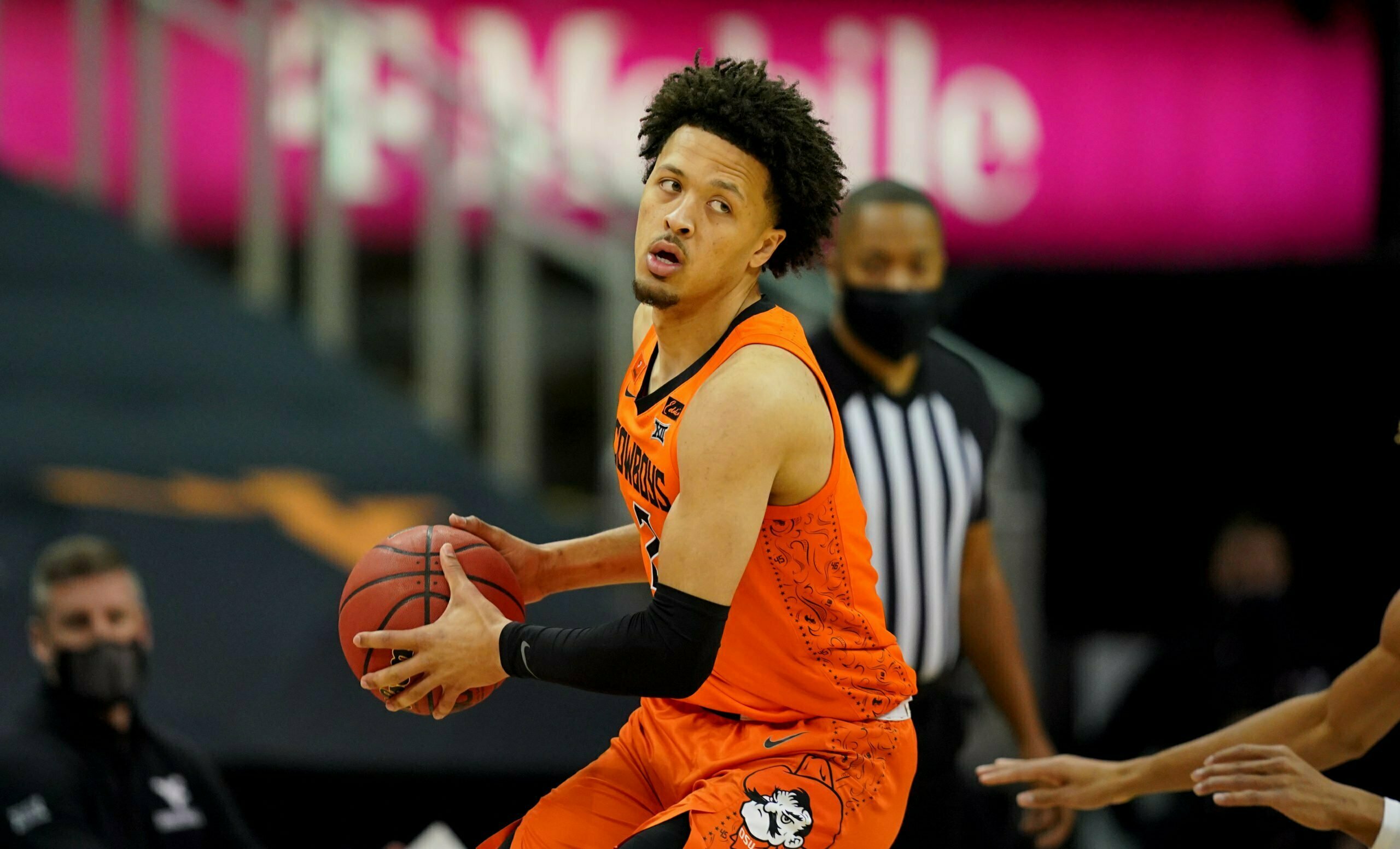 It wasn’t pretty, but Oklahoma State has proven it can win ugly and that skill benefited the Cowboys in their Big 12 Tournament debut.

In Oklahoma State’s 72-69 victory against West Virginia in the Big 12 Tournament quarterfinal, Cade Cunningham and Avery Anderson (the Mountaineer killer) each led the Cowboys with 17 to give the Pokes the ability to fight another day in Kansas City.

Anderson, who lit the Mountaineers up with a career-high 31 points in Morgantown last weekend, only had two at halftime. But the dynamic sophomore scored the Cowboys’ first five of the second half and finished with 17 on 13 shots. He also added four rebounds, three assists and two steals.

On Saturday in Morgantown, West Virginia score 22 points off of 20 Oklahoma State turnovers, and the Cade-less Cowboys still won. Somehow the Mountaineers scored just as many on just as many Thursday, and the Pokes were able to overcome it again. I wonder what this team looks like with 10 turnovers.

The Cowboys got into foul trouble early, starting almost from the tipoff. Matthew-Alexander Moncrieffe started his second game in a row but picked up his second foul just two minutes in.

Before halftime, Avery Anderson had three personal fouls, Moncrieffe had his two and Kalib Boone had a pair. But of that trio, only Moncrieffe was whistled in the second half. That makes Anderson’s second-half outburst all the more impressive.

The Mountaineers didn’t make things easy for the Cowboys in the halfcourt, routinely employing double-team traps and forcing a ton of Cowboy turnovers early. Those mistakes punctuated the most memorable sequence of the first half.

The Cowboys had taken a one-point lead with 1:22 left in the first, but they watched the Mountaineers rattle off seven straight over the final 33 seconds of the period.

This was a tough way to finish a half.

Miles McBride may have singlehandedly stolen the momentum over the last 20 seconds of the first half, but the Cowboys were able to corral him in the second. After “Deuce” scored 16 on 7-of-14 shooting in the first half, he was held to just three points and went 0-for-3 from the field.

McBride and Taz Sherman shared the scoring lead for West Virginia with 19 each.

The Cowboys trailed for much of the second half and were down eight with 12:41 left, but the Pokes went on a 19-3 run over a five-minute span to flip an eight-point deficit into an eight-point lead.

The Cowboys slipped into the driver’s seat, but let off the gas.

OSU’s 10-point lead dwindled thanks again to some more key turnovers and the Mountaineers’ ability to take advantage of them.

WVU took a 69-68 lead with 54 seconds but didn’t score again. Avery Anderson, made a go-ahead on OSU’s next possession to take it back.

Then, on the final play, Isaac Likekele, who hadn’t played since Feb. 22, blocked a would-be game-tying 3-point attempt by Sherman with four seconds left. Some pesky defense by Bryce Williams kept sharpshooter Sean McNeil from getting his own attempt off before the buzzer sounded.

The Cowboys will await the winner of Baylor and Kansas State at 5:30 p.m. Friday.