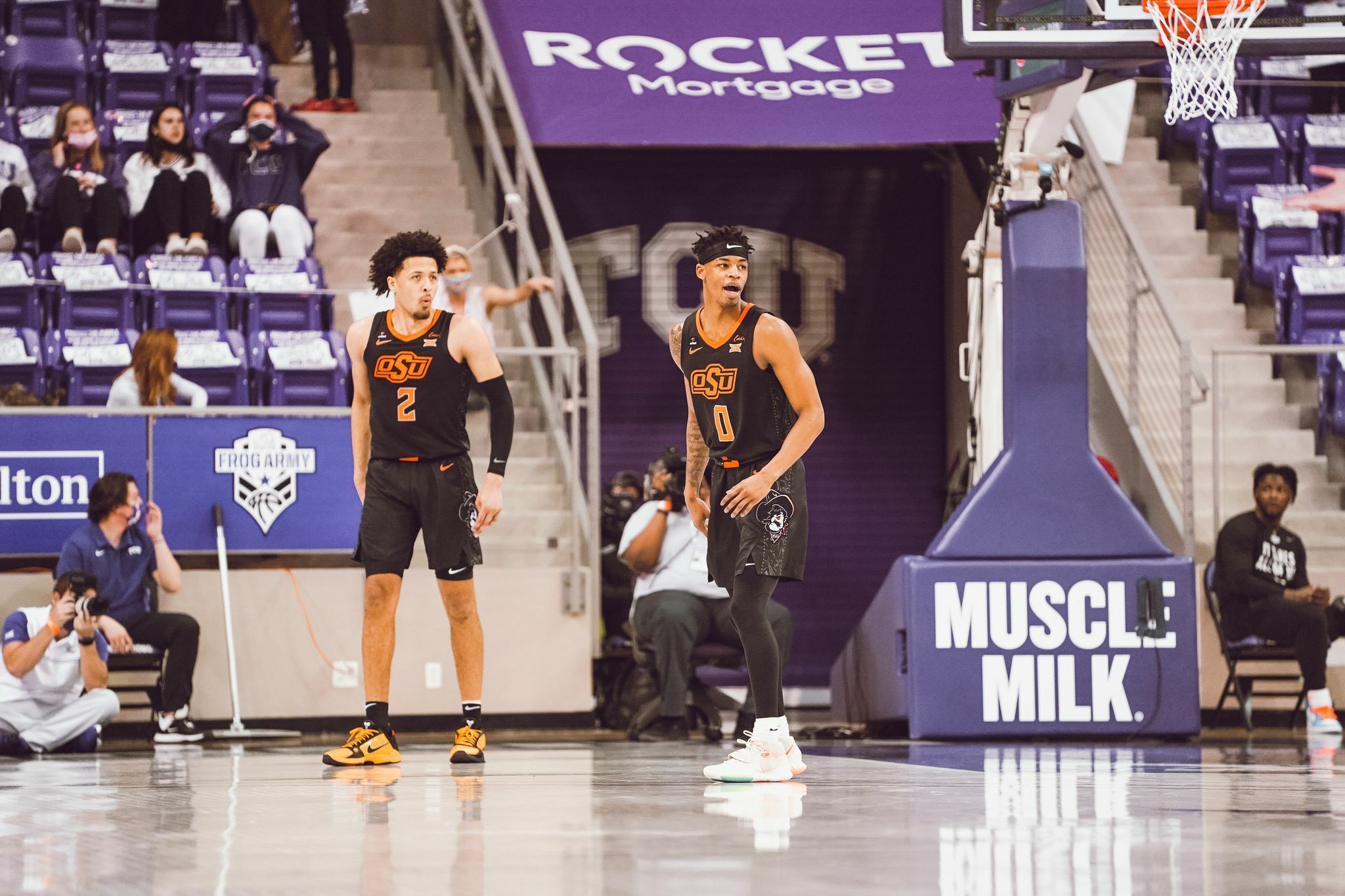 Oklahoma State on Wednesday overcame a double-digit second-half deficit to take a 2-point lead in the final minute against TCU. But just like the last time these two teams met, that advantage quickly crumbled. The Pokes didn’t score over the final 24 seconds of regulation while TCU cobbled together a frenzied 5-0 run to close it, winning 81-78.

Following a basket from TCU’s Mike Miles that tied the game at 78 with 17 seconds remaining, OSU inbounded the ball to Cade Cunningham. But Cade — either not realizing OSU could settle for a final shot or not realizing OSU was not trailing — pushed ahead full-steam. His layup attempt clanked off the backboard and directly into the hands of TCU, which raced up the floor for a bucket and a foul.

The call on the other end was questionable — it appeared Avery Anderson had his feet set which should’ve been a charge that wiped away the bucket and given OSU the ball back — but it was part of a boom-boom sequence that saw OSU’s chances of winning quickly diminish all within a short burst.

Cunningham was exceptional outside of the decision to not settle for a final shot and instead push up the floor. He was held to zero first-half points and quickly got into foul trouble, playing just eight minutes. But as TCU students on hand began chanting “overrated,” he came alive, scoring 19 second-half points and taking over down the stretch.

OSU also got quality production from Matthew-Alexander Moncrieffe, who scored 17 points on an efficient 6-of-9 shooting and added a team-high 10 rebounds. Rondel Walker and Bryce Williams also scored in double figures with 16 and 11, respectively.

OSU sleepwalked throughout much of this game, but it looked as if it was going to snap out of it late with Cade taking over, Avery Anderson coming up clutch in big spots and the defense clamping down. But instead it turns out to be a heartbreaker that snaps OSU’s recent momentum, and at a brutal time with Texas and Kansas on deck in coming games.