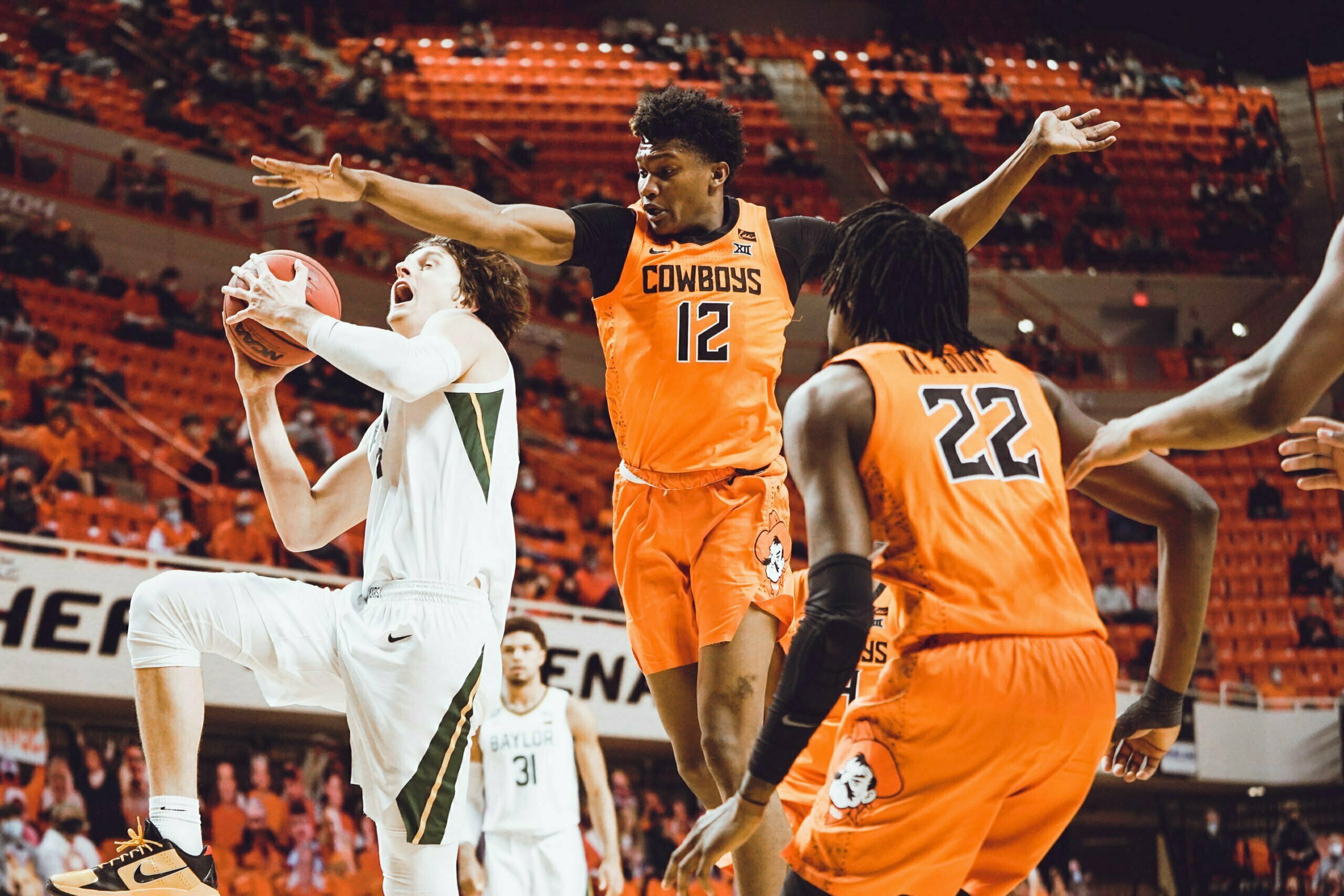 An undermanned Oklahoma State team fell to Baylor 81-66 in a game that was much closer for much longer than the final score would indicate.

With its franchise player Cade Cunningham, and one of its most electric in Rondel Walker, both sidelined, OSU put up one heck of a fight against the No. 2 team in the country. But when the Bears got hot late, the Cowboys didn’t have the firepower to keep up.

Kalib Boone, starting in place of Cunningham, led the way for the Cowboys with a career-high 21 points on 10-of-15 shooting. Boone also recorded seven rebounds, a block and a steal.

The Cowboys started with a zone-heavy defensive strategy in attempt so try to limit Baylor’s two dynamic guards Jared Butler and MaCio Teague — and it worked, at least for a while.

The pair combined to go just 4-of-11 from the field in the first half and scored just nine points. Baylor, which led the Big 12 with a 50.4 percent field goal percentage coming in, made just 10 of its first 27 attempts before shots started falling late in the first half.

OSU was up as much as nine thanks to a late 8-0 run and went into the half up 36-32. But that 11-2 Baylor run that extended into the second, chewed up their deficit, and the Bears weren’t done.

The Cowboys did a good job of answering Baylor buckets for a time. But midway through the second half, the Bears looked ready to methodically pull away. Then they blew the game wide open late.

It was a tale of two halves. But if there were such a thing in college hoops, it could more accurately be described as a tale of one quarter. With 11:38 left, the Cowboys and Bears were tied at 50 each. Over the next four minutes things got out of hand.

As the Cowboys suffered through a scoring drought of over four minutes, the Bears took advantage, pushing their lead to 14 thanks to an 13-0 run. At that point, OSU (with just eight scholarship players available) just didn’t have the horses to run with the Bears.

Butler finished strong leading all scorers with 22 points on 13 shots to go along with six assists. Big man Mark Vital was a bear down low, scoring 19 points on just nine attempts.

To go along with Boone’s 21, Bryce Williams scored 11 while making 3-of-7 from three and dished out three assists. Matthew-Alexander Moncrieffe had a double-double scoring 13 points and grabbing 10 boards.

The Cowboys outrebounded Baylor 37-34 and held a 38-32 advantage in the paint. Coming into today, OSU had only won the battle for the boards twice in Big 12 play. But the Bears’ perimeter players got hot and the Baylor made 6-of-13 3s in the second half to fuel that big run.

There’s no shame in a loss to the now 14-0 Bears, especially without the Big 12’s top scorer. Before Baylor’s eight-point win over Kansas last Monday, the Bears had won every game this season by double digits.

With the loss, the Cowboys move to 9-4 on the season and 3-4 in conference play. They’ll head to Ames on Monday for a late 9 p.m. tipoff against Iowa State.