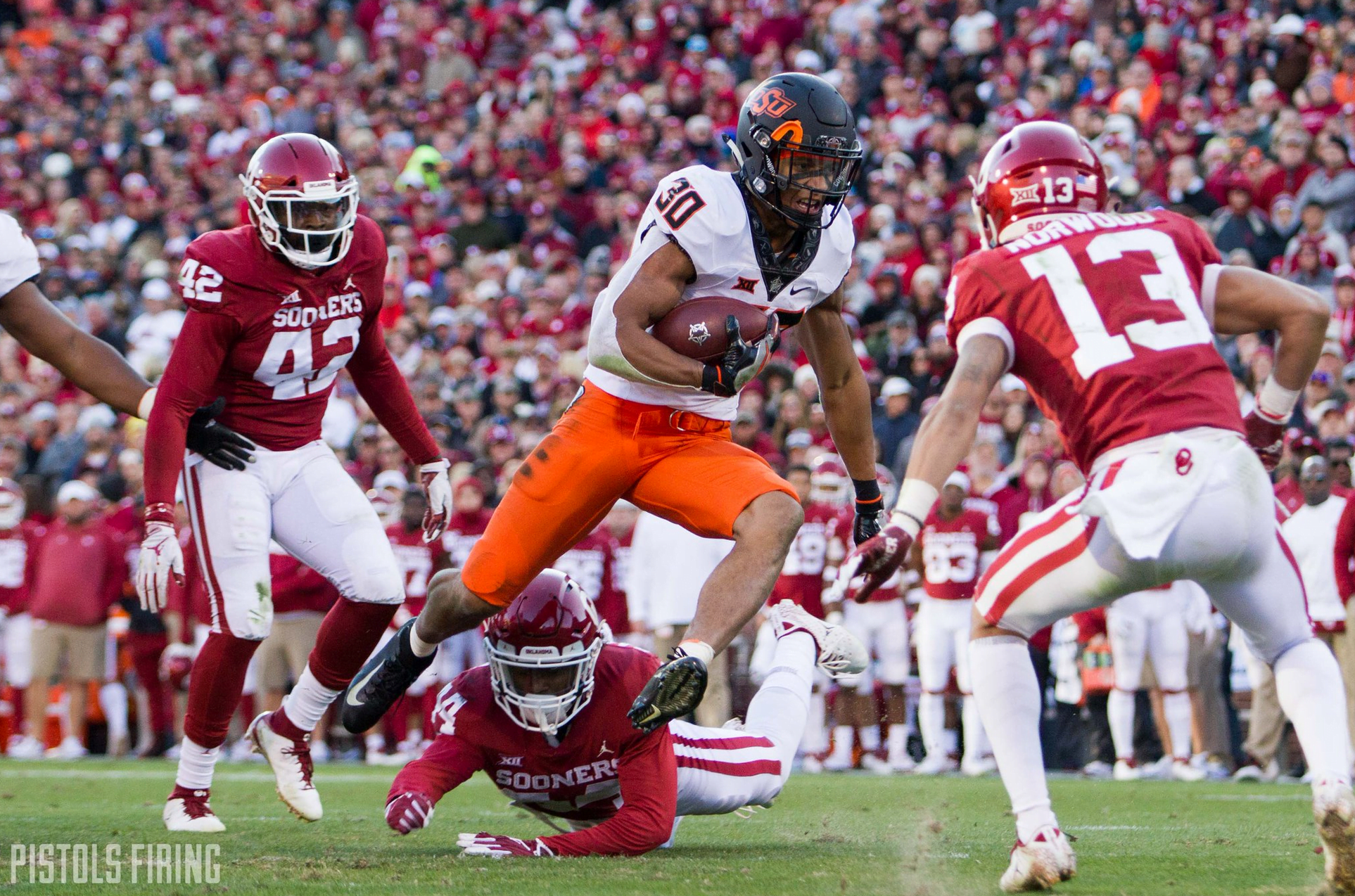 NORMAN — Punched in the mouth after a giving up a touchdown drive to rival Oklahoma in the first 1:44 of game time, Oklahoma State punched back. Then OU returned fire. Then OSU. Then … well, you get the picture.

With 1:03 left Taylor Cornelius rolled to his right and threw behind intended receiver Tylan Wallace. The Cowboys fell 48-47.

The Cowboys drove deep into Oklahoma territory, and Cornelius found Wallace on fourth-and-12 for a touchdown, but the failed 2-point conversion and OSU not recovering the onside kick ended the game.

OU scored points on its first five drives to open Saturday’s Bedlam brawl, and while its high-octane historic offense was nearly untouchable once again for much of the first 30 minutes, OSU managed to stay within punching distance by scoring on four of its first seven drives to take a 34-28 deficit to half. (Looking at you, Vegas, and the OSU +12.5 first half line.)

The Pokes kept pace with the Sooners by riding their stars, namely Justice Hill (until he left with injury) and Tylan Wallace, the latter of whom had a few nice connections with QB Taylor Cornelius on some homerun hitters.

Hill, OSU’s best player, suffered a rib injury early in the first half and was limited to only five carries for 35 yards rushing.

Coming out of halftime, OSU made its move by bolstering its defense out of the break. It allowed only one score in the third frame and forced a turnover on downs and a punt, allowing OSU a chance to play catch-up even things at 41-all going into the fourth. (A missed extra point that would have given OSU the lead going into the final frame sailed wide left.)

After forcing another punt on OU’s ensuing drive, the Cowboys drove into Sooner territory, but a Chuba Hubbard fumble game OU the ball back. Trey Sermon scored a go-ahead 1-yard touchdown on that drive.