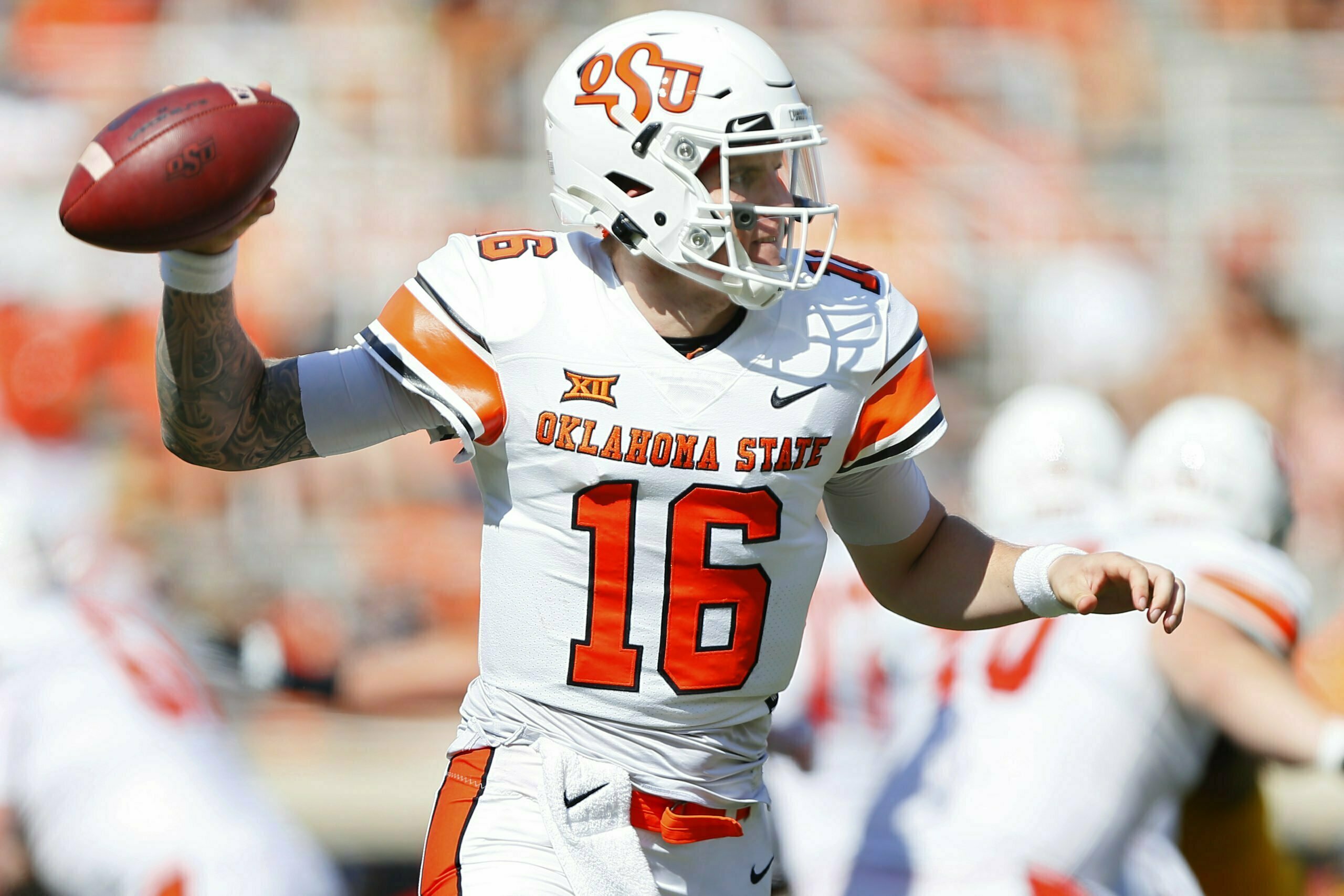 Oklahoma State moved to 2-0 in style, holding off West Virginia 27-13 thanks in large part two its defense and a couple of huge plays.

While the Cowboys strolled out of the tunnel in style, thanks to some 👌👌👌 Thurman Thomas-era all-white retro threads (on Thurman Thomas Day), it was more of an ugly, grind-it-out-and-survive effort that earned them the win.

A week after leaning on its defense to squeak by Tulsa 16-7, OSU built a 20-7 halftime lead and seemingly counted on its defense — and its running game — to hold on until the end.

Jim Knowles’ crew did its job for the most part, forcing two turnovers including a 56-yard scoop-and-score thanks to Trace Ford and Tyren Irby and holding the Mountaineers to field goals on both red zone trips.

The Cowboys, with a true freshman in Shane Illingworth in his first start behind center, rode their run game. OSU ran the ball 41 times to just 22 pass attempts. But it was LD Brown — not Chuba Hubbard — who looked like the star for most of the game.

The Cowboys offense finally put together a drive on its final possession. Before that final drive, OSU had two total first downs in the second half as the Mountaineers crept back to within 7, 20-13.

Despite a pair of fumbles (that were fortunately picked up by his teamates) Chuba Hubbard was given the ball on second-and-21 with just over a minute left and the Cowboys needing some positive yard.

But Chuba saw some daylight, took advantage and found pay dirt to put the Cowboys up two TDs with just over a minute to play and one timeout left for West Virginia.

Tylan Wallace was able to amass 73 yards on six catches despite the run-heavy performance by the Pokes. His play of the game was this big third-down conversion to keep the would-be TD drive alive.

The Cowboys head to Lawrence for their first road game of the year to take on the Jayhawks at 2:30 p.m. next Saturday.