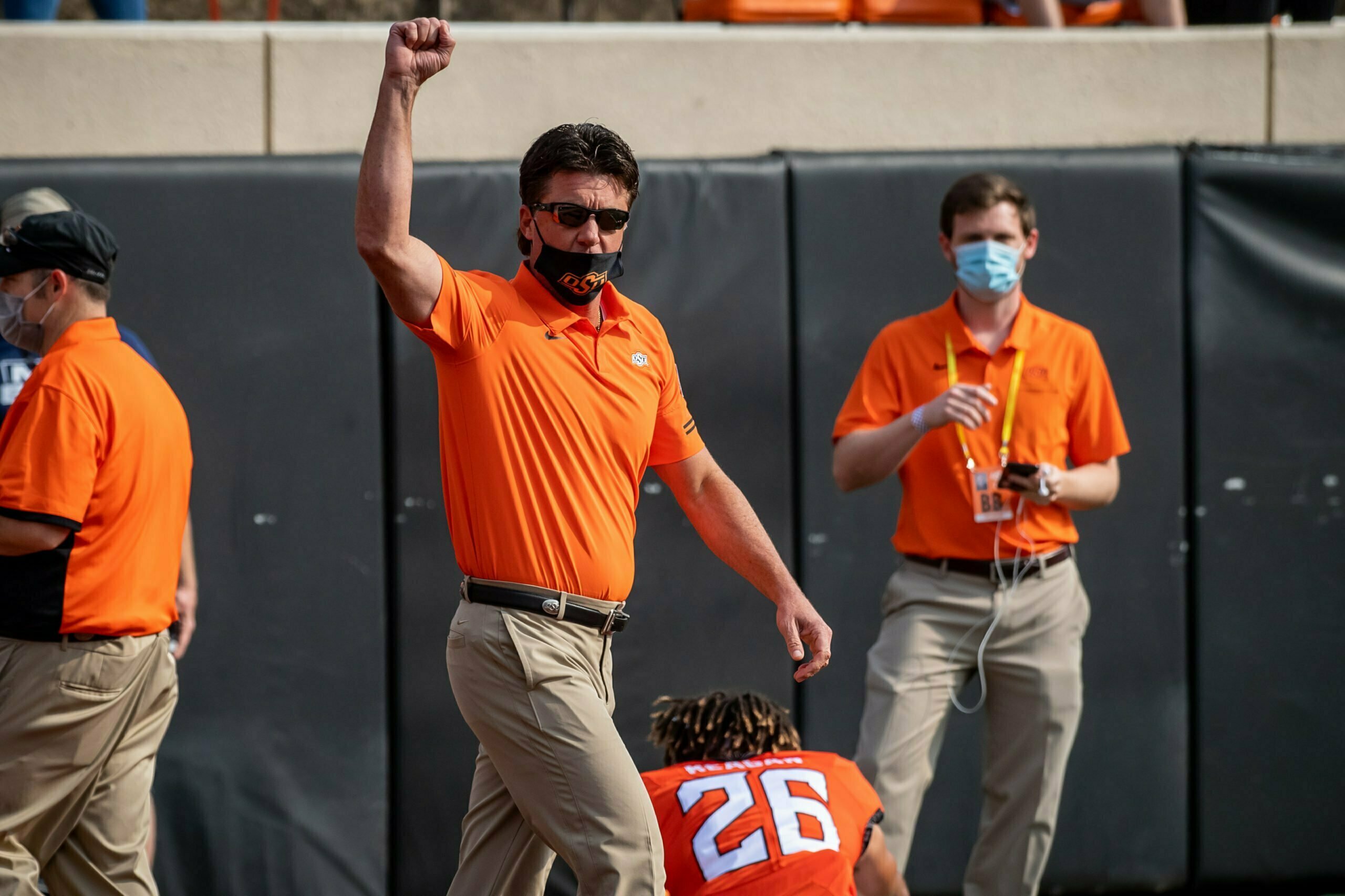 Not much went right for the Cowboys during Oklahoma State’s anticipated season opener. They escaped with the 16-7 win over Tulsa but it’s hard to call it a huge success for the Cowboys.

OSU lost the turnover battle, its starting QB and fair amount of the hype it had carried into Saturday — and that was all before the start of the second quarter.

After just three pass attempts and two stalled drives, Spencer Sanders’ highly-anticipated sophomore campaign was grounded with a high ankle sprain. In as his replacement was Ethan Bullock, who finished the day 8-for-13 for 41 yards and an interception that would see him replaced by true freshman Shane Illingworth.

The extent of Sanders’ injury remains to be seen but the impressive debut for Illingworth should help to ease Cowboys fans’ minds.

While most expected a high-scoring affair — at least on one side — the Cowboys entered the fourth quarter down 7-3. But on Illingworth’s first series, OSU marched down the field on a six-play, 81-yard drive capped by a Chuba Hubbard TD. Illingworth was 3-for-3 for 73 yards. That possession proved to be just enough offense to push the Cowboys past Tulsa. Illingworth would finish the day 4-for-5 for 74. Not a bad first outing for a true freshman who had his spring camp cut short.

It would be easy to chalk the Cowboys’ offensive struggles to an unplanned QB change, but it was more than that. OSU’s offense had a hard time getting out of its own way for most of the game. An offensive line group that lost it a few contributors this offseason struggled to hold off an apparently improved Tulsa defensive front.

OSU’s defense, on the other hard, was smothering, denying all 11 of Tulsa’s third-down conversion attempts and holding the Golden Hurricane to 1-of-4 on fourth downs.

Tulsa shot itself in the foot time after time, which should give Cowboys fans  reason to temper any optimism. One year after leading the nation in penalties, the Golden Hurricane drew 13 penalty flags with several coming at very opportune times for OSU.

Tulsa also had a 26-yard field goal attempt to tie it at 10 with 10 minutes to go and freshman Tyler Tipton missed it left.

With the game in hand, Kolby Harvell-Peel sealed the win with an interception with 7 seconds remaining.

Bedlam Picks, Predictions: How We Think OSU Will Fare Against the Sooners

Herbstreit, Fowler Set to Be on Bedlam Broadcast Saturday on ABC

Bedlam Hits Home for In-State Players: ‘This Game Means Everything’

Betting Line Moves in OSU’s Favor Ahead of Bedlam Kickoff