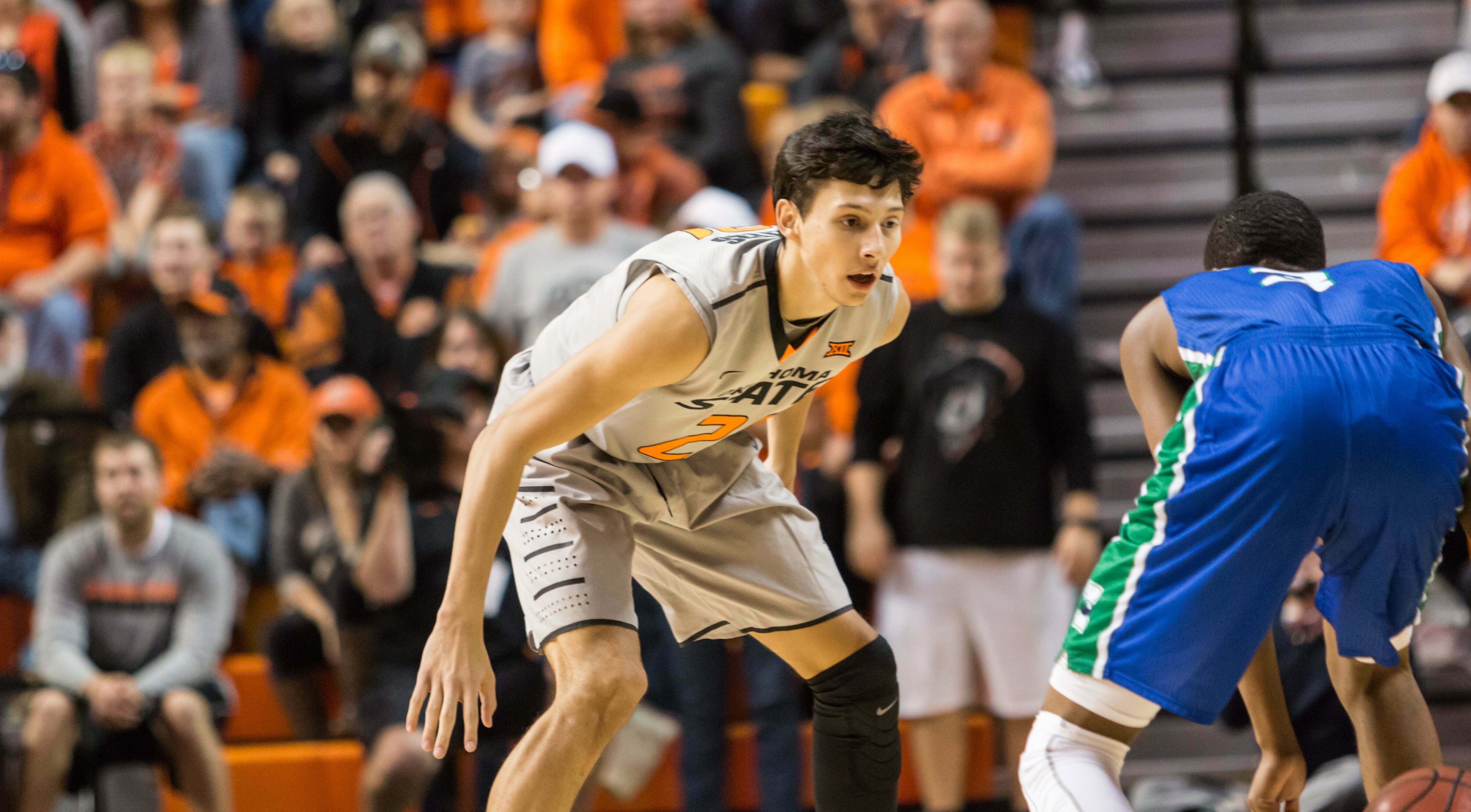 Oklahoma State whipped Texas A&M Corpus Christi on Thursday afternoon in Gallagher-Iba Arena 92-70 to move to 10-2 on the season in their last non-conference game before the Big 12 slate starts next week.

The Islanders hung tough early on, and the score was tied at 17-17 before OSU went on a 30-10 run to blow the contest wide open in the first half. They played mostly even the rest of the way after a cold stretch in the second half prevented the Cowboys from getting to 100.

The Cowboys had 49 boards and turned A&M Corpus Christi over 21 times en route to notching their 10th win (it took until January 19 last season for OSU to win 10 games on the year). They once again got it done on the offensive boards as Mitch Solomon pitched in nine (!) of the 22 boards the Pokes snagged offensively, one off the school record. Solomon had 14 rebounds overall.

“Coach challenged us before the game to get on the boards,” Solomon told Fox Sports Southwest. “Everyone cheers for each other.” Oklahoma State actually grabbed boards on 47 percent of their missed shots which has become a calling card for Underwood’s young Pokes through a dozen games. Davon Dillard (!) and Leyton Hammonds even had six and seven rebounds respectively.

Phil Forte led the way on the scoring end with 19 points on 5/10 from three-point range. It was great to see him get going after some early-season struggles (for him). “Each and every day we’re trying to get a little bit better,” Forte told Fox Sports Southwest after the game.

Jeffrey Carroll added 13 points, seven boards and four assists and was his usual impressive self. Thomas Dziagawa and Brandon Averette had 11 points each as Dizzy started the game in NBA Jam mode with some trash talk to boot.

Jawun Evans had a very average game (for him) but OSU handled its business even without him as Averette and Co. filled in where Evans struggled. The turnovers are still a little disconcerting (OSU had 15 of them), but Forte is right. This team is getting (and has gotten) a little bit better each and every day.

Oklahoma State, playing in front of a season-high 8,300 fans, did what it has done for most of the non-conference season. They found a feel for the game early and lit the world on fire in the middle of the game before coasting home. It has been an impressive run for the 10-2 Pokes who now get West Virginia at home on December 30 to start Big 12 Conference play.

Are you guys ready for West Virginia? https://t.co/0PwEDSXKaQ