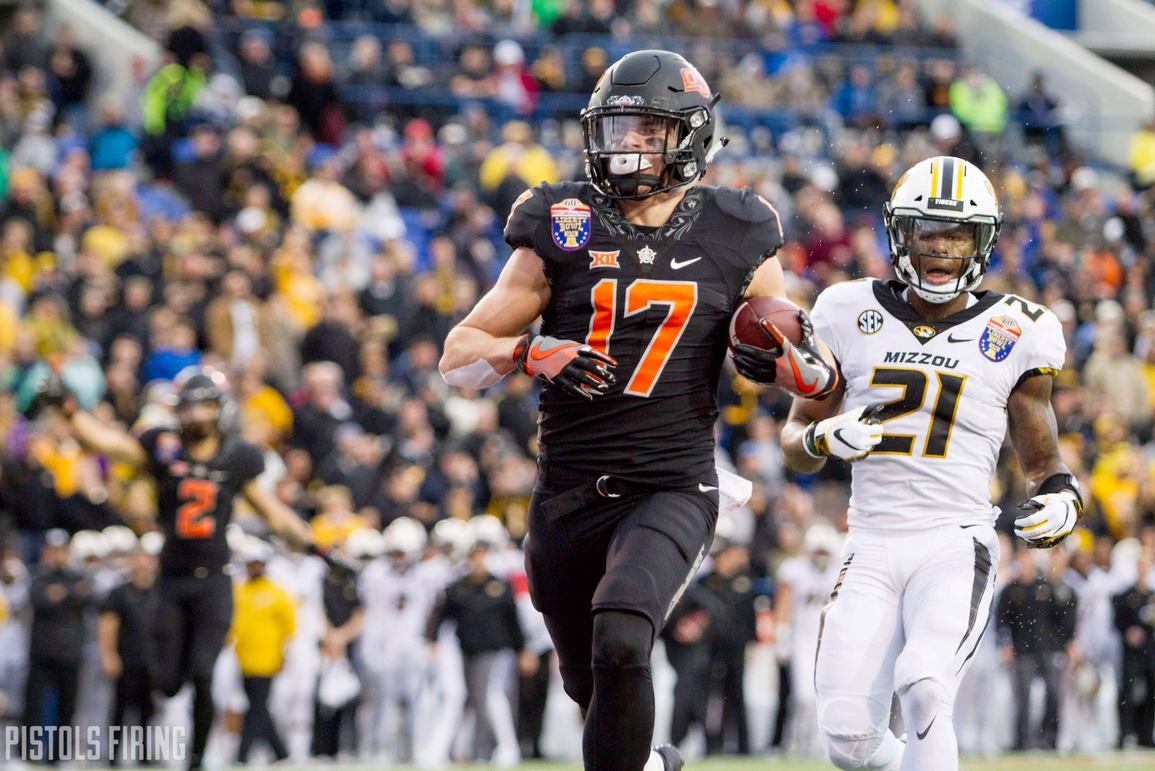 Oklahoma State as an underdog was a lock all season. Who thought bowl season would be any different?

The Cowboys almost ran Missouri and its storm trooper uniforms off the field Monday evening in the Liberty Bowl, defeating their former conference rival 38-33. The win gives OSU a 13th consecutive winning season, dating all the way back to a clunky 4-7 campaign in Mike Gundy’s first season.

It also gives OSU a clean 5-0 record against the spread as an underdog in this wildly predictable, sometimes fun but equally as frustrating, 2018 campaign. The Pokes finish with four wins over ranked opponents.

Easy, it was not for OSU. You’ll note I said OSU almost ran Mizzou off the field. Because it almost did. The Cowboys were up 35-19 late in the third. But as usual, the Cardiac Cowboys made it interesting late. Or rather, Missouri made it interesting.

The Tigers scored 14 points in the final frame to cut it to 38-33 in the final minute. It came down to the beleaguered OSU defense to make a stand, and it stood tall, stopping Drew Lock and Co. on fourth down in the red zone to give OSU the ball back for a final kneel down in the closing minute.

Taylor Cornelius was up and down. He finished 26 of 44 for 336 yards and four touchdowns, but threw two back-breaking interceptions in the red zone that killed OSU’s momentum and opened up Missouri’s late run. He also had 21 yards rushing, second behind only Chuba Hubbard.

Hubbard had a team-high 145 on 18 attempts and one score.

Through the air, Tyron Johnson and Tylan Wallace tied for a team-high with seven receptions, but it was Johnson who got the majority of the production. He raked in 141 yards receiving and two touchdowns. Wallace finished with 83 for one score, and Dillon Stoner added six receptions for 59 yards and a score of his own.

If ever there was a fitting way to end an enigmatic 2018 season, this was surely it. OSU looked awesome for the first 30 minutes, looked awful for another 15, then looked pretty meh for the remainder. A microcosm if the season. It’s a W so we can chalk it up as a success, but truly an odd way to end an odd season.

Would we have it any other way?