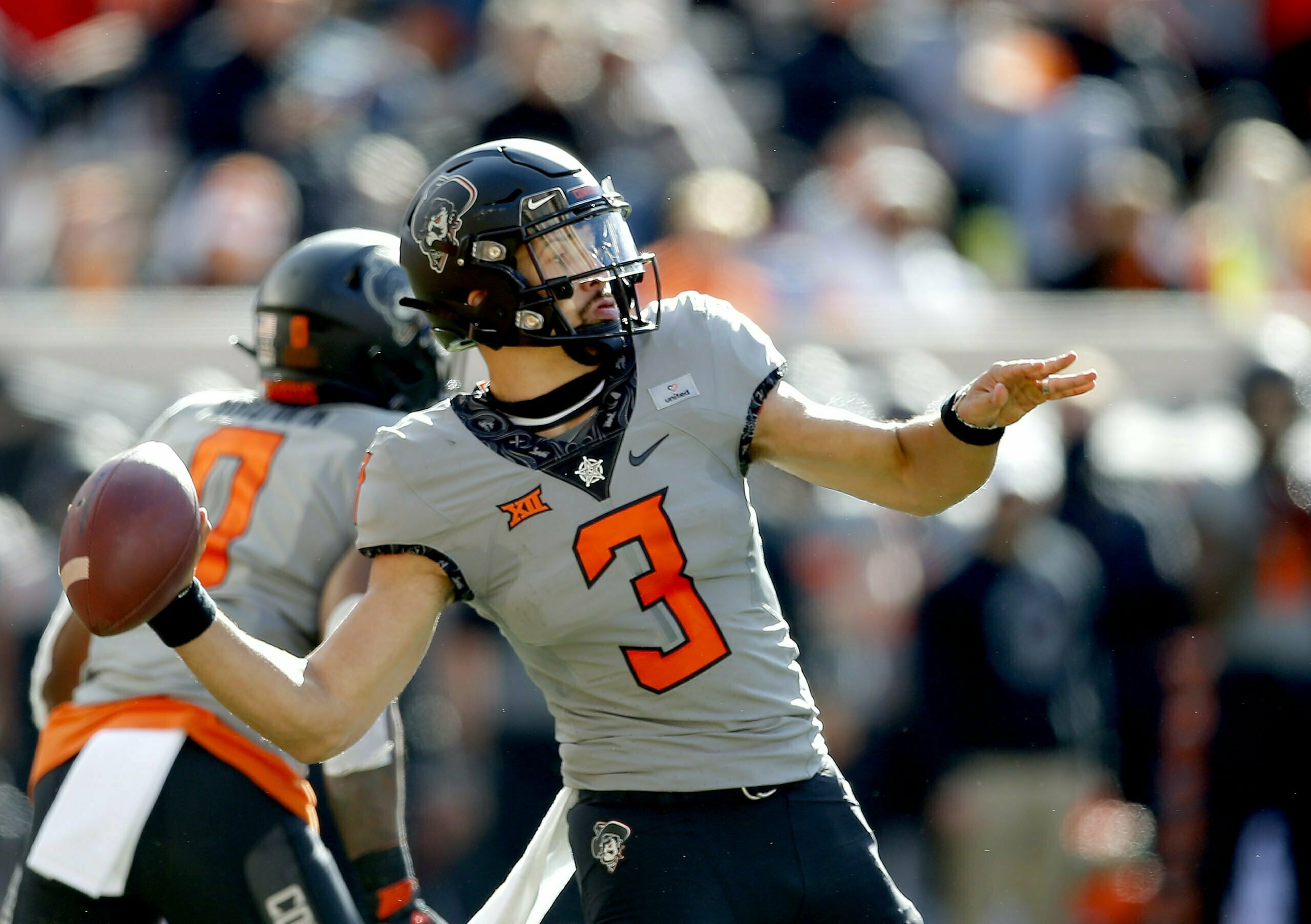 It wasn’t always pretty, but Spencer Sanders juked and scurried Oklahoma State to its biggest win of the season in his return from injury.

The Cowboys outlasted Iowa State 24-21 to remain undefeated on the season.

There was a lot on the line for both teams coming in. The untested Cowboys were facing their first ranked opponent of the season, while the Cyclones were looking for their first 4-0 conference start … ever.

OSU hit the ground running, marching right down the field on its first possession. Sanders looked anything but rusty despite sitting for over a month. He pushed the Cowboys deep into Cyclones territory, but the drive stalled and an Alex Hale missed field goal kept it scoreless.

Sanders’ return would signal quite the Jelani Woods sighting. Sanders found the rangy Cowboy Back — with just two catches on the season coming in — for a 34-yard score to put the Cowboys on the board. OSU would follow that possession up with a 32-yard score by Chuba Hubbard.

Iowa State’s first two touchdowns came off Spencer Sanders’ interceptions. But to his credit, Sanders answered that second Cyclones TD with a three-play, 67-yard drive capped by his third rushing score of his career.

OSU took a 14-7 lead into halftime before a Breece Hall 66-yard TD evened things up at 14-all early in the third.

While the Cowboys’ offense struggled in the third, OSU’s defense held strong holding the Cyclones to four-straight three-and-outs, which allowed its offense to pull ahead for good.

A strange sequence occurred early in the fourth quarter. A targeting call on Cyclone DB Tayonn Kyle was overturned after review. Immediately following that, what would have been Spencer Sanders’ second TD run of the day was called back thanks to a Tylan Wallace holding call. OSU would be held to a field goal.

Early on, Brock Purdy was showing off his wheels, striking first with an 11-yard touchdown run. But Malcolm Rodriguez, Trace Ford and the rest of the Cowboys’ defense were able to corral Purdy.

OSU’s Chuba Hubbard and ISU’s Breece Hall traded off big plays on the ground. Hall ended the day with 185 yards and a score, while Hubbard chipped in 139 and a score of his own.

Sanders ended the day 20-of-29 for 235 yards, one TD and two interceptions. He also picked up 71 yards and a score on the ground.

Tylan Wallace caught five of six targets for 76 yards. Jelani Woods turned in a career game with 54 yards and his first score of the season, catching all three balls thrown his way.

The real hero for the home team was the Cowboys’ defense. Despite giving up a handful of chunk plays, especially early, OSU shut down an ISU offense that averaged 35 points in its first three Big 12 games for much of the second half.

One week before Halloween, Trace Ford was the stuff of nightmares for Brock Purdy. He batted down three passes on the day and sacked Purdy once. Kolby Harvell-Peel added five tackles and an interception.

But the game ball on defense has to go to Tre Sterling, who led the Cowboys with nine total tackles (eight solo), a tackle for loss and huge pass breakup late.

After four consecutive three-and-outs, Iowa State was able to find pay dirt with 49 seconds left, a 20-yard pass between Brock Purdy and Xavier Hutchinson, to pull within 3 and make things interesting. But the onside kick grabbed by the surest hands on the field, Tylan Wallace.