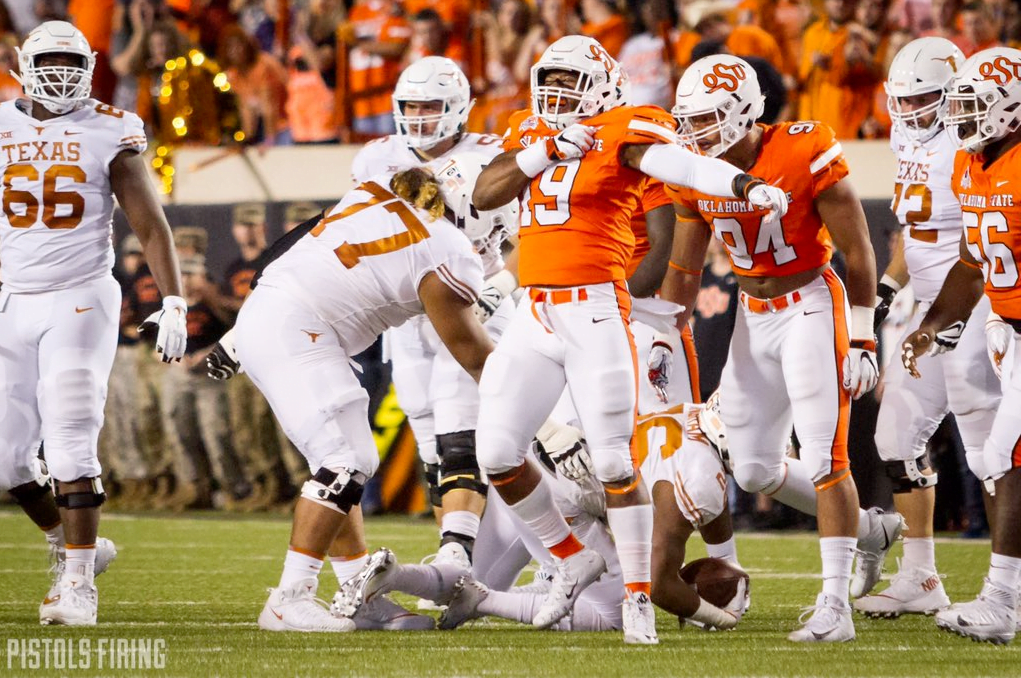 The Cowboys’ offense, which was left for Wildcat chow in Manhattan two weeks ago, came to life early and led the momentous first half that saw the Pokes charge to a 17-halftime lead, 31-14.

The Pokes’ offense stagnated largely in the second half, however, scoring only 7 points and giving Texas life. But when it needed a shot in the arm late, the Oil Baron delivered as only he could by drilling his body and the ball into paydirt for a critical score.

Cornelius was excellent on the whole Saturday against a Texas defense that, to date, had been among the tops statistically in the Big 12. He completed 23 of his 34 passes and tossed 3 touchdowns and 321 yards passing. Most impressively, two of the three came on fourth down conversions.

He also came up big in big spots, too, icing the game on third down late in the fourth that ultimately sealed the W.

Cornelius’ favorite target, which has been par for the course this season, was sophomore standout Tylan Wallace. Boy, he had himself a game, didn’t he? Wallace pulled in 10 receptions, logged 222 yards receiving and added 2 scores for good measure.

The win gives OSU its fifth on the season, one off from bowl eligibility, and its second in league play to move to 2-3 on the season.