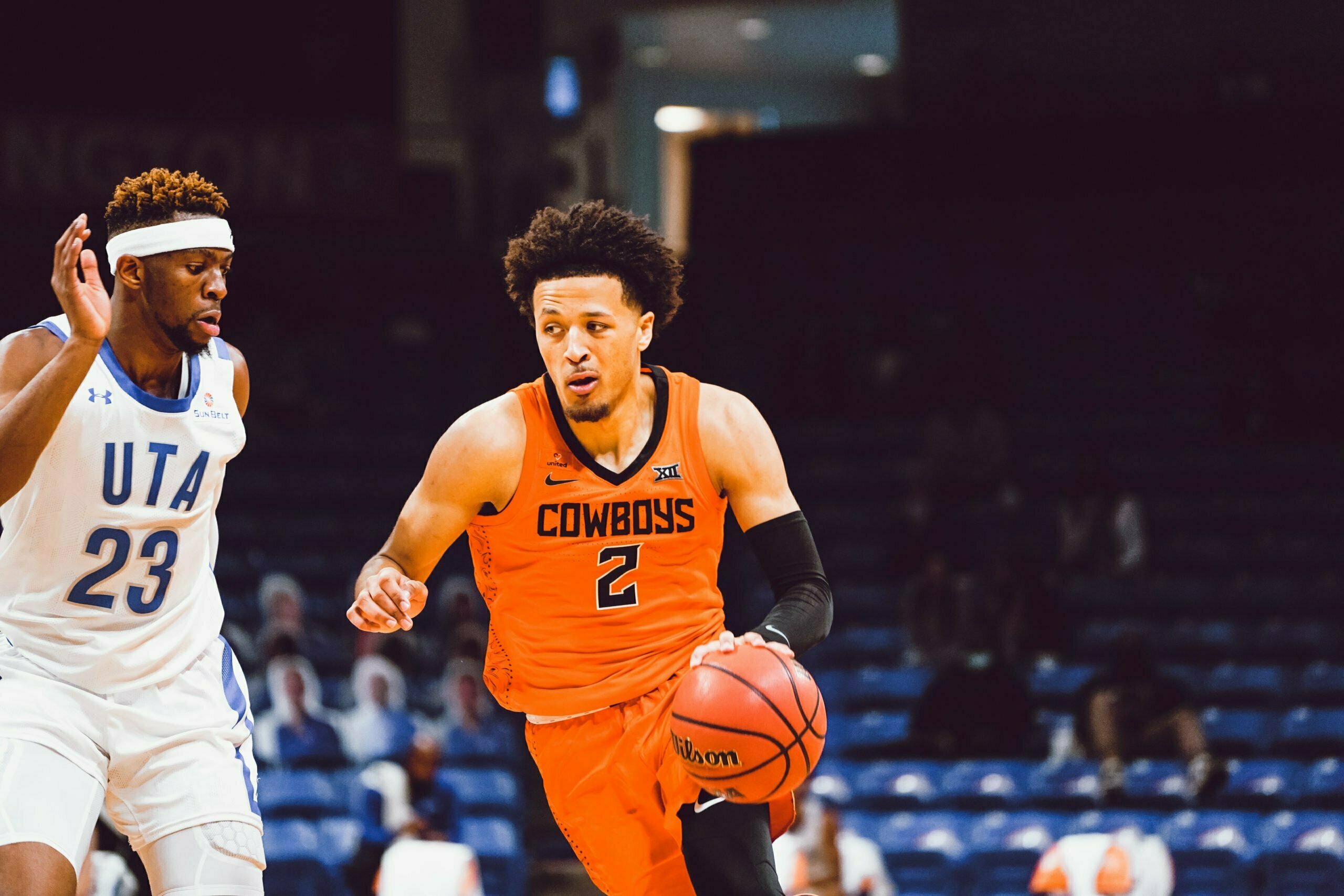 Oklahoma State topped UT-Arlington 75-68 thanks to a double-double, and some clutch free-throw shooting down the stretch, from the nation’s top recruit in his highly-anticipated debut.

It had been 259 days since OSU played an organized basketball game against another team. And it had been 298 days since Cade Cunningham played his final high school game.

So it probably shouldn’t come as a huge shock that the Cowboys, replete with eight newcomers, looked a little rusty coming out of the gate.

Cunningham got off to a bit of a slow start himself, beginning 0-for-4 from the field but once that first one fell, it didn’t take Cade long to heat up.

With little apparent effort, Cunningham racked up 12 points making 5-of-6 shots heading into halftime. Cade ended his first college game with 21 points on 7-of-16 shooting (2-of-5 from 3), 10 rebounds and three assists in 36 minutes.

Keylan Boone recorded his first career double-double when he scored 10 points, going 4-for-9 from the field and grabbed 12 rebounds.

Matthew-Alexander Moncrieffe showed some juice in his debut as well, scoring 11 points on nine shots (including seven points in the second half) and hauling in seven rebounds.

The Cowboys, fueled by Cade, went on a run at the end of the first half that carried over into the second. OSU found itself up 45-35 five and half minutes into the final period.

But UT-Arlington’s zone gave the Pokes fits. OSU committed 18 TOs to UT-Arlington’s five and gave up 29 points for those transgressions. That allowed the Mavericks to storm back midway through the second with a 12-0 run to take the lead. It was a dogfight from then on.

Isaac Likekele was able to stop the bleeding by scoring just his first basket of the game, with 10 minutes remaining. He would end with nine points but added seven assists and 13 rebounds.

Just moments later, Moncrieffe followed up that and-1 with a thunderous dunk.

But the pesky Mavs just wouldn’t go away. Thanks to big second halves by Shahada Wells and David Azore, UT-Arlington kept fighting back each time Cowboys tried to extend their lead.

The Cowboys pulled ahead 70-64 with less than two minutes remaining but Wells’ jumper pulled the Mavs within 4. Kalib Boone was sent to the free-throw line for two shots with 42 seconds remaining. He made the second to extend the lead to 71-66.

After a missed shot on the other end, Cunningham was fouled and given a chance to ice things. He was clutch, making both free ones to put the Cowboys up 7. OSU held on for a 75-68 win.

Next up: The Cowboys head back to Stillwater for their home opener on Saturday. They’ll host Texas Southern at 3 p.m.